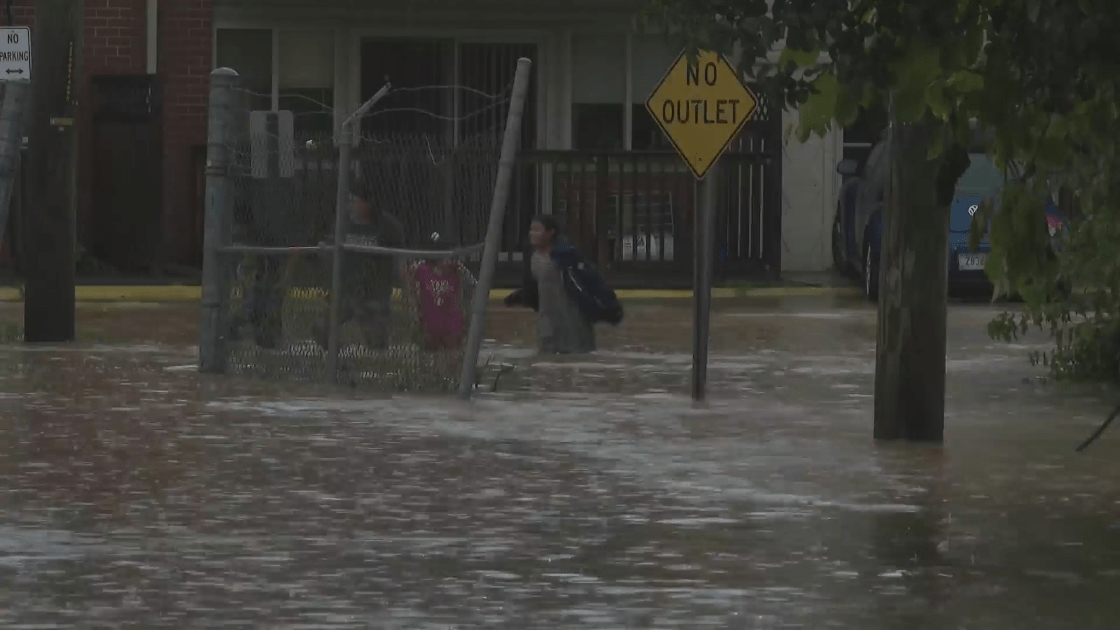 RIVERDALE, Md. (DC News Now) — In Prince George’s County, the city of Riverdale is recovering from severe flooding once again after Monday’s storm.

“We just have to close up the shop and get some kind of towels, lock the doors, and make sure the water doesn’t come in,” said Alex Posada, owner of Posada’s Auto Repair.

That’s what Posada planned to do just hours before another storm flooded roads near Kenilworth Ave. Posada’s business already dealt with flooding from Monday’s storm

“The first time, I was like oh my god. The first thing that came to my mind was close the doors. But we still had water coming in from the office to the bay, and through the back too.”

On Thursday, roads near Riverdale Road and Kenilworth Road flooded once again.

Cars were stuck on the road, and a nearby river even overflowed.

Later the water receded but traffic lights at one the busiest intersections went out causing a lot of traffic.

“We may experience two or three of these events within the summertime or the season, but nothing to this magnitude and many are attributed to climate change,” he said.

On Thursday, residents across the state can receive assistance through a virtual disaster center hosted by maryland’s insurance administration. You can find those details on dcnewsnow.Com.