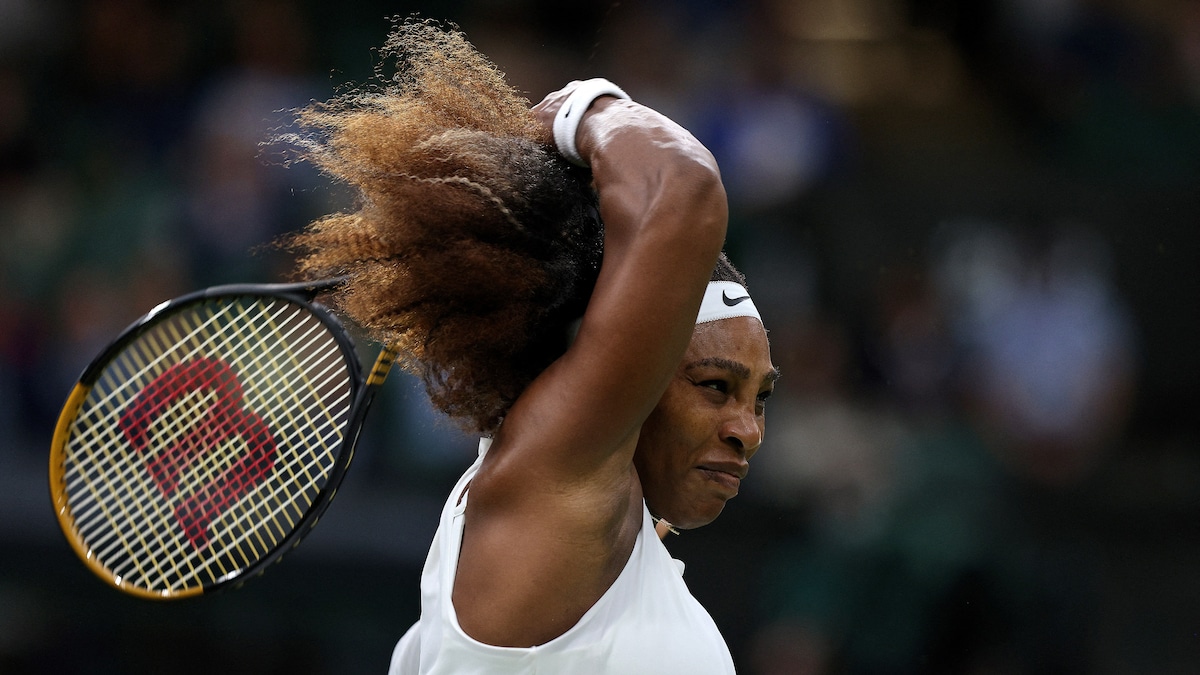 Serena Williams made her comeback after a year out of tennis as the American legend teamed with Ons Jabeur in the Eastbourne International doubles on Tuesday. Williams, a 23-time Grand Slam singles champion, was back in action for the first time since she made a tearful exit from Wimbledon last year. The 40-year-old suffered a leg injury during her Wimbledon first round match against Aliaksandra Sasnovich and had not been seen on court since.

Williams and Tunisia’s Jabeur, who is third in the WTA singles rankings, faced Spain’s Sara Sorribes Tormo and Marie Bouzkova of the Czech Republic.

After so long away, Serena soaked up the applause during a raucous reception from the crowd when she walked onto court in the early evening sunshine.

Before Williams made the surprise announcement of her impending return last week, rumours of retirement had swirled around her for several months.

But, with Wimbledon starting on June 27, Williams finally resumed her career, playing with Jabeur at the Wimbledon warm-up event by the Sussex seaside.

Jabeur, who won the Berlin WTA singles title at the weekend, admitted on Monday she did not need a “second” to consider teaming up with the American.

“She’s such an inspiration and the fact that we’re playing doubles together, it’s huge news for me and it’s unbelievable,” she said.

Serena has been given a wildcard to play in the singles at Wimbledon as she restarts her history bid.

Williams is one Grand Slam crown away from equalling Australian Margaret Court’s record of 24 singles titles at the majors.

The last of Williams’ 23 Grand Slam singles titles came at the Australian Open in 2017.

Since then she has lost four Grand Slam finals, including at Wimbledon in 2018 and 2019.

Williams won the seventh and most recent of her seven Wimbledon singles titles in 2016.

Serena, who became a mother in 2017, has plummeted to 1,204th in the WTA rankings due to her period out of action.

Her long-time coach, Patrick Mouratoglou, revealed in April that he had taken on a new role with Simona Halep.