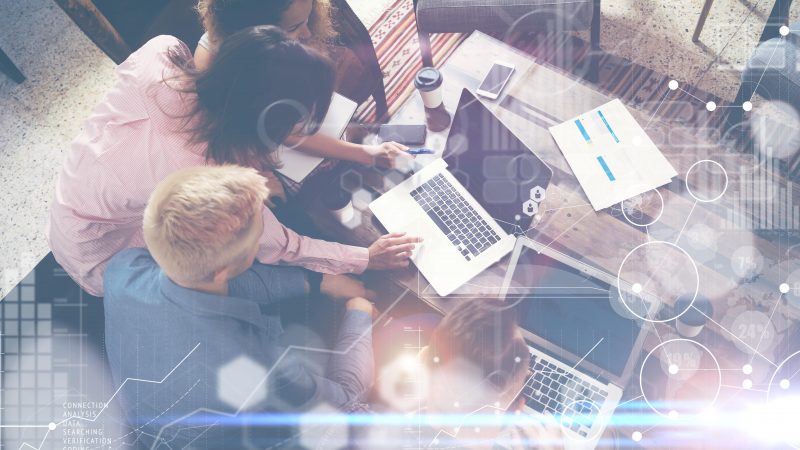 Funding opportunities worth more than €1.7 billion will be made available this year to businesses looking to scale up their work on breakthrough technologies under the European Innovation Council’s (EIC) 2022 work programme.

The programme, released on Wednesday (9 February), includes a number of changes to the EIC’s current operations, many of which are designed to simplify the funding body’s processes, and also promises stronger support to female innovators.

The EIC was launched last year under the Commission’s Horizon Europe programme, which funds research and innovation across the EU. With a budget of €10.1 billion until 2027, the body supports innovation and startups from the early stages of development to their scale-up later on.

Also unveiled this week was the European Tech Champions Initiative, a coalition of EU countries aiming to create a “pan-European scale-up initiative” of €10 billion.

“The work programme for this year is backed by the biggest ever annual funding for visionary entrepreneurs and researchers, as well as new measures to support female innovators and scale-ups”, said Commissioner for Innovation and Research, Mariya Gabriel.

“Europe is committed to supporting innovation and new technologies and we are on track to meet our ambition to make the EIC Europe’s unicorn factory,” she added.

The new work programme launched on Wednesday (9 February) includes a number of new additions to the EIC’s structure along with measures to simplify the funding application process.

Among them is a new “EIC Scale-Up 100” initiative, through which the Council will identify 100 EU deep tech companies with the potential to become “unicorns”, startups valued at over €1 billion.

The upper funding limit for startups working on technologies deemed to be of strategic importance to the EU has also been raised under the EIC Accelerator, which supports start-ups and SMEs. These actors will now be able to apply for investments of more than €15 million from the EIC.

In 2022, the EIC Pathfinder, which supports researchers working on breakthrough technologies, will receive €350 million, while €131 million will go to EIC Transition, which funds the following stage, bridging research and innovation. The EIC Accelerator will receive €1.16 billion.

The work programme also includes a pledge to develop an innovation gender and diversity index to address the underrepresentation of women in innovation and track and encourage action within companies.

This year will see the addition of two prizes for women innovators under the age of 35 as part of the EU Prize for Women Innovators, which recognises the work of women entrepreneurs linked to the Horizon Europe programme.

Leonardo Fuligni, Deputy Director of the Erasmus Centre for Entrepreneurship at the Erasmus University Rotterdam, told EURACTIV that while individual countries had taken steps to address the struggle faced by start-ups looking to scale up, “a comprehensive European approach on this matter has been lagging behind.”

“The EIC 2022 work programme of the European Union aims at correcting these inefficiencies”, he said. “If well-played, this ambitious programme could be a game-changer in the European landscape for fast-growing companies.”

However, he also cautioned that funding access was just one factor in determining the success of scale-ups. “Other topics such as access to talent, international markets and key infrastructures should be addressed in this framework as well if we want Europe to be a global leader in this field”, he added.

Also announced this week was a €10 billion plan to finance scaleups through the creation of between 10 and 20 pan-European funds of over €1 billion.

France and Germany have each committed an initial €1 billion and the 16 other EU countries that have signed the plan’s declaration will finalise their contributions in the upcoming weeks.

“Today we reaffirm our ambition to speed-up the rise of future EU tech leaders. As such, the pan European Scale-up Initiative will be one step further to enhance EU sovereignty and pave the way to Europe’s economic, social and environmental future”, French Economy Minister Bruno Le Maire said at the initiative’s launch on Tuesday (8 February), adding that “the EIB Group’s participation is also an essential pillar for the success of this initiative.”

Michael Jackson, a France-based deep tech investor at Cottonwood Technology Fund, echoed this, telling EURACTIV that involving the EIF in overseeing the project was the right decision.

He welcomed the initiative as a whole but added that funding should be directed specifically towards sectors in which Europe can have a chance to build the next generation of tech giants, with a focus on deep tech.

“There are record amounts of capital being raised by European startups and scale-ups but that’s mostly in more established, commoditised technology verticals like SaaS (software as a service), marketplaces and fintech”, he said.

“It’s overall a good move but it’s going to depend on what types of funds they want to invest in. I think that for Europe to stay economically and technologically competitive it’s going to have to invest more in deep-tech type of companies.”