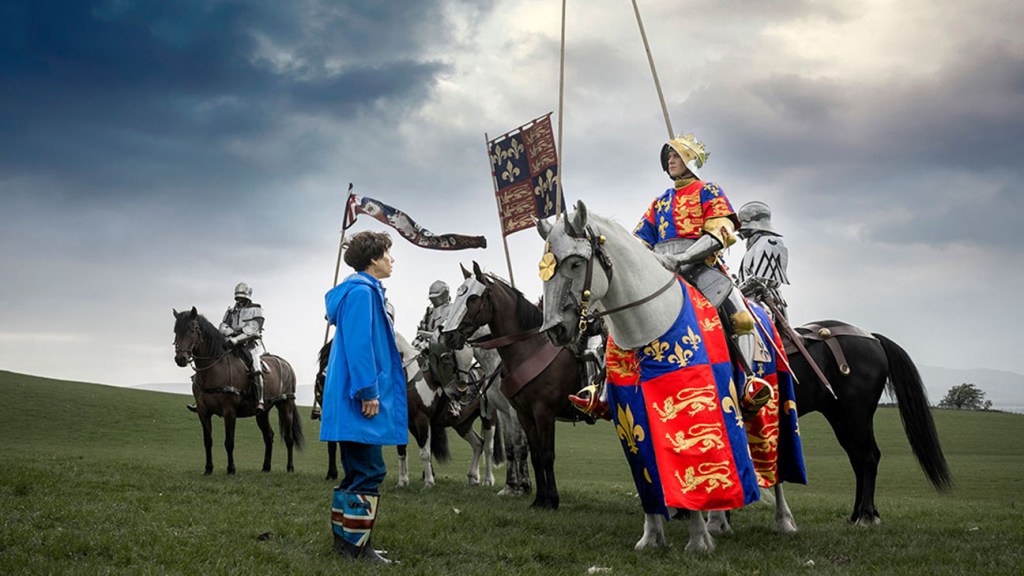 The story of a mature woman determined to dig up a long-buried secret history, The Lost King tells a tale not unlike that of Philomena (2013), the award-winning British comedy-drama crafted by much the same key creative talents as this film. Actor-writer-producer Steve Coogan, his co-screenwriter Jeff Pope, director Stephen Frears, composer Alexandre Desplat and producer Christine Langan have gotten the band back together to dramatize the story of how self-taught historian Philippa Langley, played by Sally Hawkins, found the remains of King Richard III in a parking lot.

The result is pleasant-enough middlebrow entertainment that will serve the cinematic needs of older viewers especially. But it’s considerably less interesting than Philomena, a more muckraking work that churned over the Catholic church’s shameful past and had the all-powerful empathy-extracting weapon that is Judi Dench doing an Irish accent. Moreover, it’s just not as easy to get worked up about whether or not protagonist Langley will get the due credit she deserves for her historical detective work, the plotline that dominates the latter half of the film along with whether or not her ex-husband John (played by Coogan) will get a nice new car or not.

Our kingdom for a point to this.

The bad guys this time around are academic administrators as opposed to Philomena’s evil nuns. (And who doesn’t love to hate on evil nuns?) One of them, former deputy registrar for Leiceister University, has understandably taken umbrage at being depicted as “the villain of the piece,” while other key figures are concerned their contributions to the discovery are diminished in the telling, just as Langley accused them of doing to her. Finally, the film obliquely throws some shade at the current British royal family, and in the light of Queen Elizabeth’s death the day before the film was set to premiere in Toronto, royal-bashing is not a good look.

So, aside from all that, the film is… fine, adequate, passably entertaining. While in the normal course of things Hawkins has an almost Denchian ability to make audiences adore her character no matter how eccentric (see The Shape of Water), troubled (Eternal Beauty) or just mumsy (the incomparable Paddington franchise), she struggles with the character of Philippa Langley as written here. Philippa on screen comes across as querulous, a bit selfish perhaps in her obsessiveness, quick to play the victim whether it’s over credit for finding Richard’s body or reminding people that she has ME, also known as chronic fatigue syndrome.

Also, how are we to interpret her tendency to imagine Richard III as a figure whom she can physically see before her when everyone else sees a woman talking to empty air? There a Purple Rose of Cairo quality to her simpering crush on a figment of her own imagination, incarnated here by the admittedly attractive figure of Harry Lloyd. It’s nice though to see Lloyd finally getting a slightly more substantial film role for a change after a run of supporting turns (The Wife, The Theory of Everything) and leads in little seen TV (he’s great in Brave New World). He even gets to also play a stage actor performing Shakespeare’s version of Richard III in order to underscore Philippa’s theory that the real Richard wasn’t a hunchback, and that was just a slander the medieval-minded Tudors threw at him in order to muddy his name. (Turns out she was wrong.)

Otherwise, the film plods along in Philippa’s slipstream as she conceives a passion for finding Richard’s remains, a quest that, in the film’s telling, involves a lot of library research, her proving she knows just as much as some of the experts in the obligatory lecture hall scenes, and sighs of patient indulgence from John as he agrees to watch the kids. Coogan and Hawkins have nice chemistry together but not as much as he has with, say, Rob Brydon in the Trip films or the camera itself when he’s playing comic alter ego Alan Partridge, a household name in the U.K. It’s hard to fathom why Coogan should be so drawn to this story in the first place, unless he really wanted to spend some time in Edinburgh and Leicester.

Sign up for THR news straight to your inbox every day