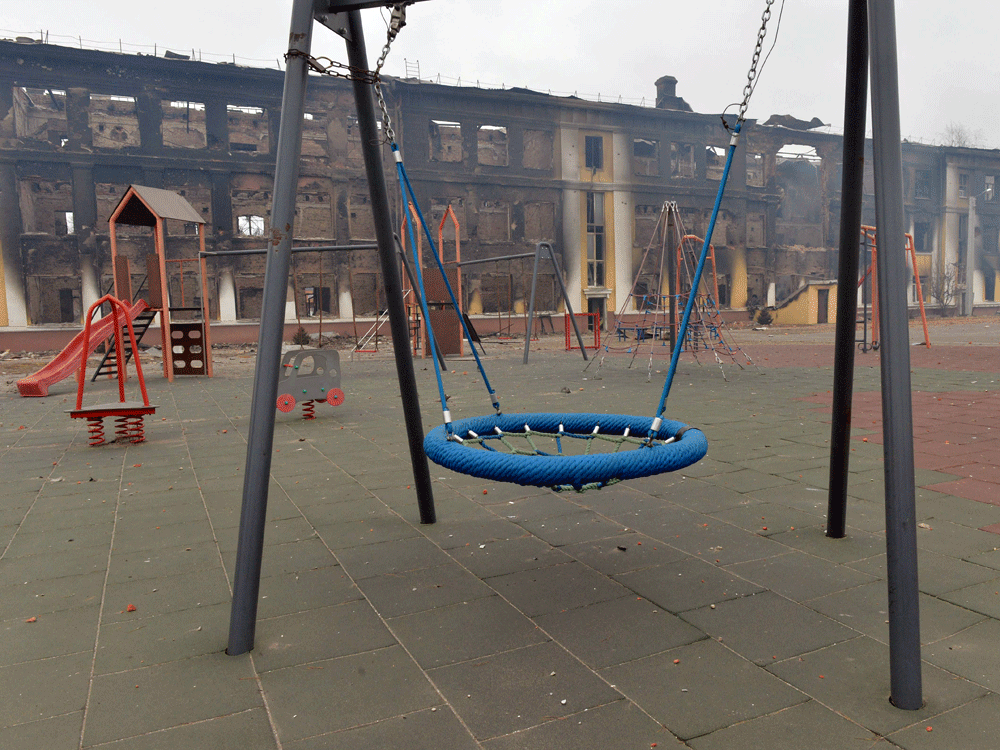 A doctor who tried in vain to save the life of a six-year-old girl, killed when her family home was bombed, turned to a television camera after she died and declared: “Show this to Putin. The eyes of this child, and crying doctors.”

Ukrainian officials said 16 children had been killed in the first four days of fighting. That number is likely to have risen significantly after the deadliest attacks on civilians since the start of the invasion. Among the dead was schoolgirl Polina, aged around 10 and pictured with a pink streak in her hair, who was killed by Russian saboteurs in Kyiv along with her parents and brother, according to officials.

On the fifth day of the war, the Kremlin ordered the bombardment of Kharkiv, Ukraine’s second-largest city, and there were claims it had deployed cluster munitions in dense urban areas, maximizing civilian casualties. Russia has previously been accused of using cluster bombs in Syria.

Karim Khan, the chief prosecutor of the International Criminal Court, said he would soon begin a war crimes investigation.

The Ukraine interior ministry said: “Kharkiv has just been massively fired upon by Grads (rockets). Dozens dead and hundreds wounded.”

Ihor Terekhov, the city’s mayor, said the fatalities included a family of five, including three children, who were “incinerated alive” when a Russian rocket hit their car. “It’s not just a war, it’s murder,” he said. A school in the city was also destroyed.

Oleg Sinegubov, the governor of Kharkiv, said: “The Russian enemy is bombing residential areas of Kharkiv, where there is no critical infrastructure, where there are no positions of the armed forces.”

In the city of Chernihiv, missiles were fired on a shopping centre in scenes described by a local teacher as “like from some horror movie.”

The six-year-old girl was killed in a separate attack in the port city of Mariupol, after her apartment block was shelled. Dozens were killed in the strikes, according to Ukraine’s interior ministry. Local officials put the toll at 11, but said it was certain to rise.

On a day when peace talks were held without a breakthrough in neighbouring Belarus, Russia continued its onslaught. A military convoy had reached the outskirts of Kyiv with reports of explosions close to the capital.

Russia is not a signatory to the convention on cluster munitions that bans the use of indiscriminate weapons, but the Geneva Convention outlaws targeting civilians.

In a continued show of defiance in the face of the onslaught, Volodymyr Zelensky, Ukraine’s president, said: “Every crime that the occupiers commit against us brings us closer and closer to each other. Russia never imagined that it would face such solidarity.”

Sign up to receive the daily top stories from the National Post, a division of Postmedia Network Inc.

A welcome email is on its way. If you don’t see it, please check your junk folder.

The next issue of NP Posted will soon be in your inbox.

We encountered an issue signing you up. Please try again