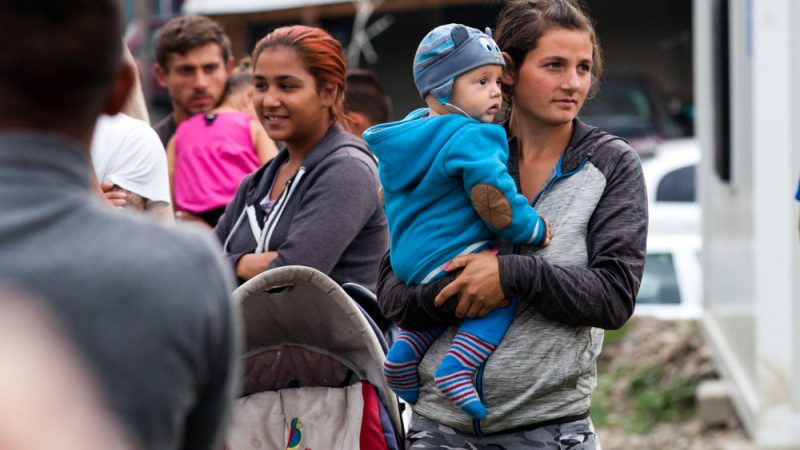 Several European countries are lagging behind on their strategies to tackle discrimination and inequalities faced by Roma, casting doubts they will be able to reach already “unambitious” targets, experts warn.

EU countries were expected to present their national plans under the 2020-2030 Roma Strategic Framework for the inclusion of Europe’s largest ethnic minority by September 2021, but many missed this deadline.

Among these are Romania, Latvia, Belgium, Estonia and Bulgaria. Most of these countries are currently finalising their national plans and are expected to submit them to the Commission between February and March 2022.

Croatia, Slovakia, Slovenia and Hungary, on the other hand, have already presented their strategies, which will need to be assessed by the Commission this year.

In Lee’s view, EU countries could do more despite the Commission being “unambitious” in tackling Roma discrimination and inequality.

Although the new Roma Strategic Framework introduced quantitative targets for the first time, it only aims to halve or reduce anti-Roma discrimination by the end of the decade, instead of zeroing it.

In terms of education, for instance, the aim is to ensure that at least 50% of Roma youth finish high school by 2030. Currently, only 28% of Romani students complete upper secondary education, compared to 83.5% of the general population.

“The Commission sends a very bad message by having these sorts of targets,” Lee told EURACTIV.

“Why should member states make any additional effort if the message coming from the Commission is 50% is fine?”

The EU executive however maintains that these are minimum objectives, while the long-term aim is to close the gap between Roma and the wider population.

Meanwhile, activists and MEPs are increasingly calling for these targets to be legally binding.

“The strategic framework could be more than a soft policy,” Romani MEP Romeo Franz told EURACTIV.

“No matter how strong the measures included in it are, if there’s no legal obligation for the member states to implement them, the framework remains a collection of empty words on a piece of paper,” he said.

Franz is the rapporteur of a resolution approved by the European Parliament in 2020, calling on the Commission for binding objectives to promote Roma inclusion and fight anti-gypsyism.

“We have already experienced a first framework that did not succeed exactly because it was not a law. We cannot afford to lose ten more years.”

On the national plans, Franz said they are “only a tool to legitimise the work of member states in front of the EU representatives.”

However, some countries are progressing more than others. Romania, for example, has recently introduced a law against anti-gypsyism, with sentences up to 10 years in prison for anti-Roma behaviour and hate speech.

Progress has also been seen on Roma involvement in the development of national strategies, which is one of the recommendations of the new EU framework.

In Greece, for instance, participation of Roma civil society is “a conditio sine qua non” for the new national plan, Georgios Tsiakalos, projects manager at the Association of Roma Women of Dendropotamos, told EURACTIV.

However, inclusion of Roma in decision-making is often hindered by their distrust in authorities, due to long-standing experiences of exclusion and abuse.

A 2020 survey from the Fundamental Rights Agency on five EU countries found that between 44 and 48% of Romani people tend not to trust authorities, being them national or local.

Local governments and municipalities, however, remain the best suited to respond to Roma issues, as they are “diverse communities with different needs,” Tsiakalos said.