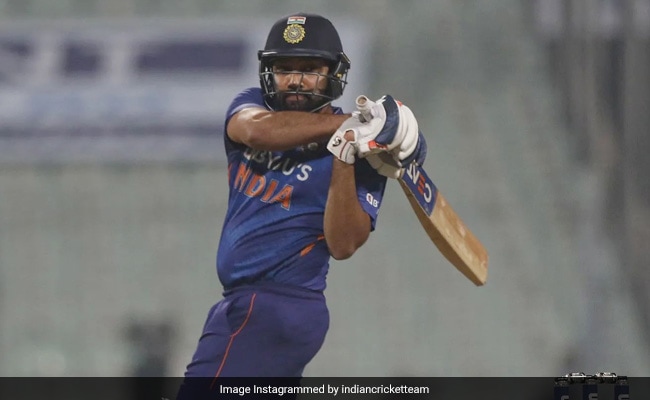 Team India registered a crushing 3-0 T20I series victory against Sri Lanka at home under the leadership of Rohit Sharma. With the third T20I win in Dharamsala, India joined Afghanistan and Romania in the list of most consecutive victories in the format with 12 wins. Such has been the domination of this side at home that even a new-look team looked fairly comfortable against the likes of New Zealand, West Indies and now Sri Lanka. Skipper Rohit Sharma was spot on in regards to his bowling changes and field placements but what lacked was his consistency with the bat, something for which he is well known for.

Rohit registered scores of 44, 1, 5 in the three matches respectively. This sparked a debate with former wicketkeeper-batter and selector Saba Karim expressing his concerns over India captain’s batting form of late.

“Rohit Sharma is in the XI because of his batting. Captaincy is an additional responsibility. He should not lose focus with regards to batting. Lot of times we have seen that captains are not able to perform as well in their primary skill. This should not happen,” said Karim while speaking on Khelneeti.

He went on to add that this was just a “starting phase” for Rohit as a captain and the balancing act between leading the team and batting could soon follow in the following matches keeping mind the T20 World Cup 2022 in Australia later this year.

“This is just the starting phase for Rohit Sharma. He will gradually realize how important his runs are for the team. His performance will be crucial in Australia (during the T20 World Cup), where the grounds are big and the opposition have top-quality bowlers. So yes, Rohit Sharma needs to work on this area,” concluded Saba Karim.

Rohit will walk out to lead the Indian Test side for the first time when they take on Sri Lanka in the first of the two Tests starting on March 4 in Mohali.