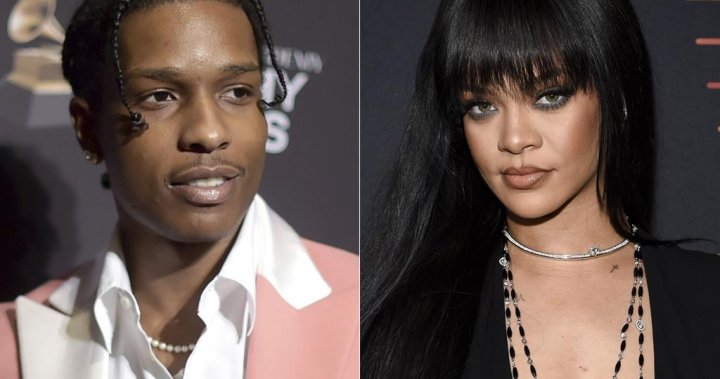 The year 2022 is already proving to be fruitful for Rihanna, who announced to the world over the weekend that she’s pregnant.

The pop superstar showed off her baby bump while out for a stroll with her boyfriend and dad-to-be, A$AP Rocky, while in New York City over the weekend.

The Diamonds singer let her bejeweled bump peek out from a partially unbuttoned pink puffer jacket and photos have been published by several outlets, including People magazine.

In the photos, A$AP Rocky is seen cozying up to his girlfriend, holding her hand and placing a kiss on her forehead.

The couple’s photographer, Miles Diggs, also shared an up-close photo of the singer’s stomach, with the caption “SHE IS!”

Although it’s the couple’s first child together, both have previously shared sentiments about wanting to become parents.

In May 2021, A$AP Rocky, who is also 33, told GQ magazine that becoming a father is “in my destiny.” He also told the magazine that he believed he had found “The One” in Rihanna.

“I think I’d be an incredible, remarkably overall amazing dad,” he said. “I would have a very fly child. Very.”

The couple has yet to comment publicly about the pregnancy.

— with a file from The Associated Press