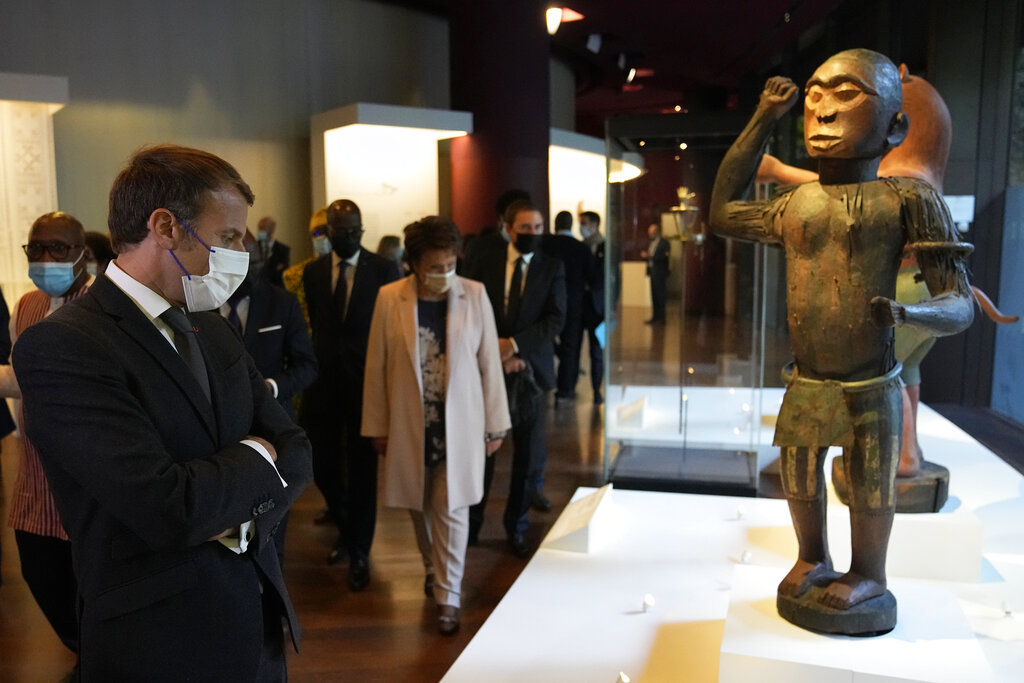 Season 14, episode 4 of AfroPoP: The Ultimate Cultural Exchange focuses on points surrounding the possession of African Art, stolen over centuries of colonialism.

Directed by French filmmaker Nora Philippe, “Restitution: Africa’s Fight for Its Art” recounts the true and troubling historical past of the theft of African art work and sacred artifacts by European nations through the colonial interval. The episode additionally discusses the modern demand for the return of the artifacts to their rightful nations of origin.

“In this long exile, more than three-fourths of sub-Saharan heritage was taken away,” Philippe stated. “It’s also about resistance because from the start voices have demanded restitution of the stolen work from the exiled objects.”

In 2017, for the primary time in historical past, the President of France formally promised to return artifacts on request

“Within 5 years, I want conditions in place for temporary or permanent restitution of African artifacts to Africa,” stated French President Emmanuel Macron, on the University of Ouagadougou in Burkina Faso.

In 2021, the nation made good on its promise with the return of 26 statues to their native African nation of Benin.

The repatriation was made official via laws that was signed on Nov. 9, 2021, on the Élysée Palace by Presidents Emmanuel Macron and Patrice Talon.

The subsequent day, Benin had their bronze statues returned and welcomed them with an official reception ceremony.

France is only one instance of the profitable repatriation of African Art.

Through archival footage and present-day conversations with African and European artwork historians and cultural consultants together with Hamady Bocoum, Bénédicte Savoy, Felwine Sarr, Ben Okri and extra, Philippe’s movie explores the lasting cultural trauma that also reverberates all through Africa.

Even because the African individuals and cultures had been denigrated and oppressed, their artwork was used to curate museums and personal collections in England, France, Germany and different nations within the Western world.

From the Benin Bronzes to priceless statues to the stays of Africans exploited as a part of human exhibitions akin to Sarah Baartman, activists, artwork consultants and heads of state are pushing to repatriate the artwork and ancestors to their homelands. Will their efforts be sufficient to deliver lasting change?

The movie could be streamed in its entirety on PBS.

AfroPoP: The Ultimate Cultural Exchange is introduced by Black Public Media and WORLD Channel. For extra info, go to worldchannel.org or blackpublicmedia.org.

Help us Continue to inform OUR Story and be a part of the AFRO household as a member – subscribers are actually members!  Join right here!