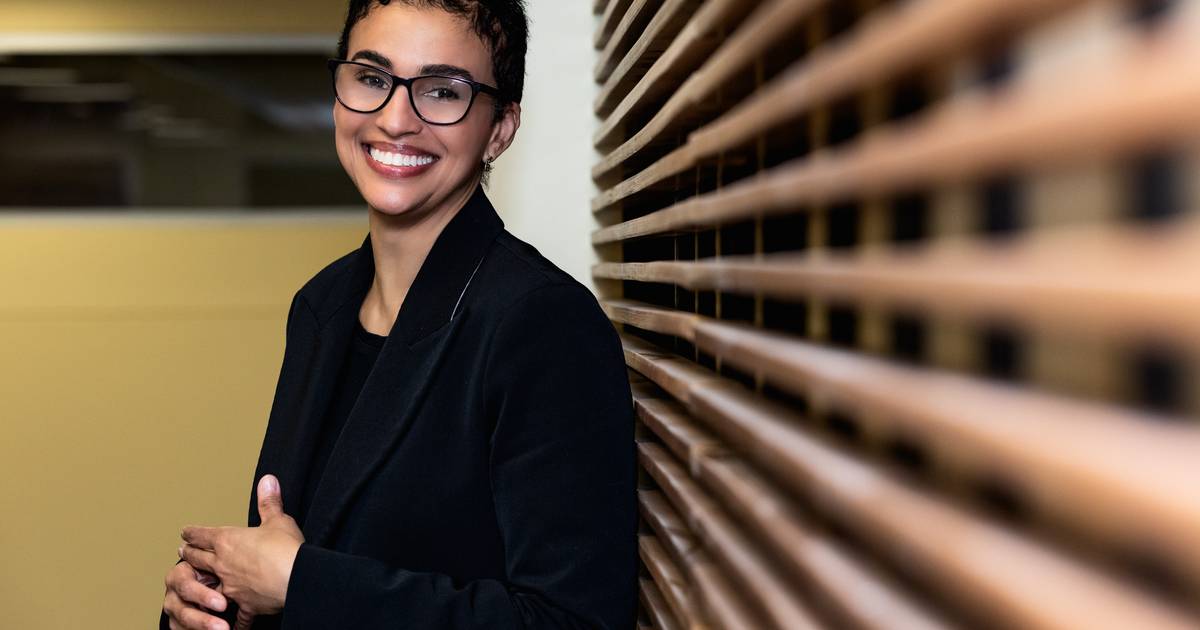 Renée McDonald Hutchins, the soon-to-be dean of the University of Maryland Francis King Carey School of Law, never planned on being a lawyer. Coming from a family of doctors, she initially thought her law career was just happenstance.

After completing her math degree at Spelman College in Atlanta, she wasn’t sure what to do next. One of her friends was taking the LSAT, the introductory exam for law school, so she figured she would give it a try. She did so well she got into Yale Law School, where she discovered that the law made sense to her — the legal process reminded her of building a math proof.

She initially made a career as a lawyer in trial and appellate litigation but subsequently found her way into academia, teaching at New York University. After falling in love with teaching, Hutchins joined the faculty at Carey School of Law in Baltimore, using her expertise on the Fourth Amendment and criminal appellate practice. Fourteen years later, in 2019, she was named dean of the University of the District of Columbia David A. Clarke School of Law.

With time, Hutchins said she’s come to realize that becoming a lawyer was no coincidence; her ancestors had paved the way.

Growing up, her family told her stories of her great-grandfather and how law could function as a great equalizer. She heard how her family got involved in a Brown v. Board of Education contributor case in Clarendon County, South Carolina, back in the 1940s. The Black community there fought for improved educational infrastructure for Black children, and that work eventually led to Briggs v. Elliott — one of five lawsuits that was combined into Brown v. Board case, according to the South Carolina Department of Archives and History.

The work attracted the attention of the Ku Klux Klan to the family. Her dad as a child was told by his grandfather that they would sit on the front porch and “stare down the face of evil.”

“And my 10-year-old father was like, ‘That’s insanity, right?’” Hutchins said.

“As my dad used to recount that story, I used to think, what in the world would make somebody think that that was a good idea?” Hutchins said. “Then I eventually came to realize that what it was was his belief that the court system and the law would actually vindicate his hope that America could be better.”

Hutchins plans to build on her career and that family belief starting Aug. 1 when she returns to Carey School of Law as dean. She hopes to start off her term by restoring the school community that eroded with the pandemic and remote learning. She also wants to add faculty members who reflect the student body and the community. The law school reported students of color made up 32% of the fall 2021 incoming class.

“It’s not a secret that the legal profession is one of the least diverse professions in the country,” Hutchins said. “That does not get unwound if you are not intentional about it.”

Plan your weekend with our picks for the best events, restaurant and movie reviews, TV shows and more. Delivered every Thursday.

As the dean at University of the D.C., one of six historically Black law schools in the country, Hutchins elevated the law program from No. 13 to No. 5, now tied with Yale’s clinical law program, according to the U.S. News & World Report’s list of best law schools for 2022. She also helped the school fix its issues with meeting American Bar Association standards. These accomplishments occurred in the middle of the pandemic and a national reckoning with race.

When April Massey, dean of the D.C. school’s College of Arts and Sciences, learned that Hutchins would be leaving her position to rejoin the Maryland law school, she said the moment felt bittersweet. She worked with Hutchins on a leadership program for women and other projects and developed a close relationship with her.

During her previous tenure at the Carey School, Hutchins founded the Appellate and Post-Conviction Advocacy Clinic and co-directed the school’s clinical law program. Following the death of Freddie Gray in 2015, she and her colleagues created an eight-week class looking at the historical context surrounding West Baltimore, the community where Gray spent his life.

Michael Millemann, the Jacob A. France Professor of Law at Carey, met Hutchins when she first arrived at the school in the early 2000s. The pair co-taught a clinical law course. Hutchins, a nationally-respected scholar and expert on the Fourth Amendment, was masterful at engaging students and melding the worlds of legal practice and theory, he said.

“The faculty is just overjoyed to have her as their — as our — dean,” Millemann said. “She’s very creative, and so I expect that that she will use that creativity to help the law school become a significantly better place, both for students and for everybody, for all the constituent groups.”

This article is part of our Newsmaker series, which profiles notable people in the Baltimore region who are having an impact in our diverse communities. If you’d like to suggest someone who should be profiled, please send their name and a short description of what they are doing to make a difference to: Diversity, Equity, and Inclusion Editor Kamau High at khigh@baltsun.com.