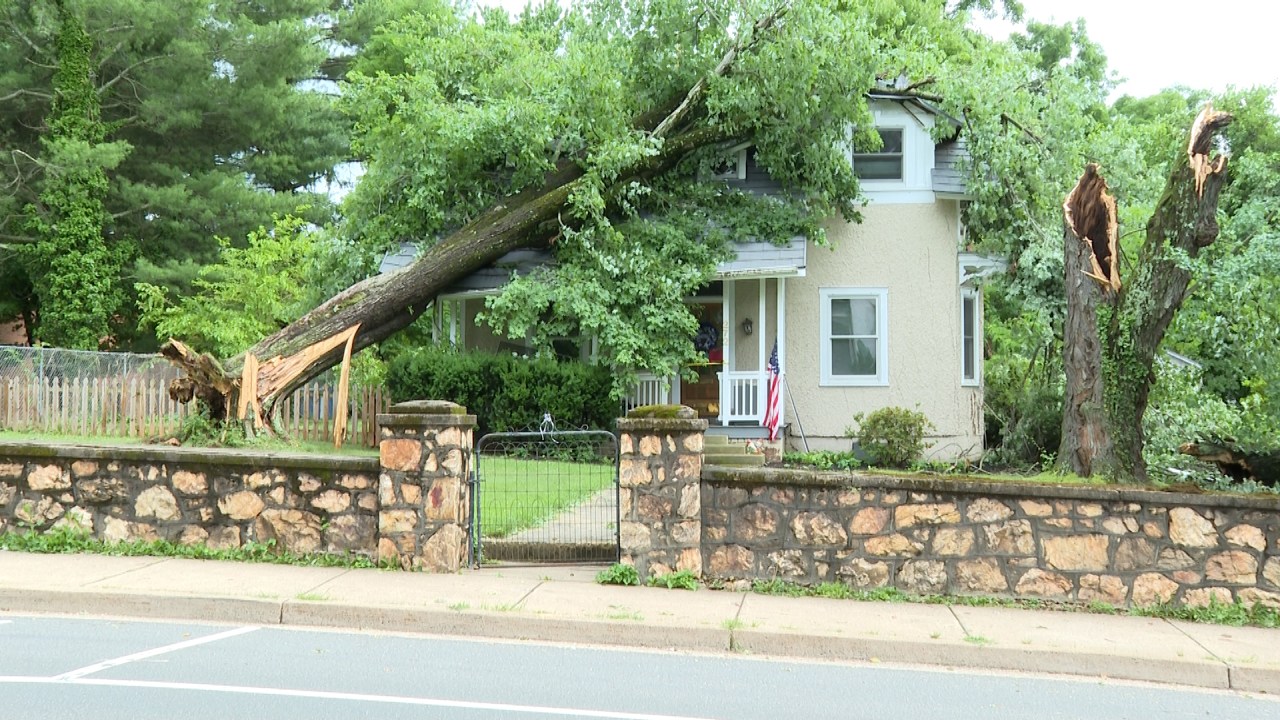 WARRENTON, Va. (DC News Now) — Slowly, but surely, the lights are coming back on in Warrenton, Virginia after a storm ripped its way through the town on Wednesday, leaving thousands powerless and many people with damaged homes.

Damage could be seen prominently on Main Street, with fallen trees visible — including on the steps of the Fauquier County District Courthouse.


Storm damage across the DMV

24 hours after the storm hit the town of about 10,000, Main Street is showing signs of getting back to business as usual. People were eating outside of restaurants, as the weather calmed.

Now, the focus is shifting to residential areas in the town and surrounding Fauquier County.

One homeowner on Waterloo St., saw the worst of the destruction. The roof of her home was caved in after two large trees fell in her front yard. She was, fortunately, out of town when the storm hit. The only occupants of the building were two cats, who were taken out safely.

“You could see the tree from the top level of her house inside her house,” said Frank Morton, the neighbor of that home.

Morton’s home had its fair share of damage, especially in the backyard. His grill was flipped on its side, and branches of trees snapped off and were lying on the grass. Plus, he had roof damage from fallen trees.

Morton, who hasn’t lived in his house long but has spent much of his life in the area, heard all of the damage from Wednesday’s storm from his bathroom.

“It sounded almost like thunder when [the trees] would snap,” he said. “Well, more like lightning. Just a ‘bam.’ Amnd then I could hear them hit the ground after that.”

The day after the storm, he saw as town inspectors came and put a red notice up on his neighbor’s door, declaring the building was unsafe and no one could occupy it.


Roof ripped off of Richmond apartment building amid severe weather

Passersby were taking pictures, both from the sidewalk and from their cars.

“Well it looks more horrific in person, actually,” Carol Mereweather said while showing the photo she captured on her iPhone.

Mereweather, who has lived in Warrenton for decades, said her house was not badly damaged but she did lose power.

“I pretty much was home-bound,” she said. “Power was off. I was in the dark reading with a flashlight.”

She wasn’t the only one in the dark, and many are still without power.

“We will be restoring our power incrementally as quickly and as safely as possible,” said Dominion Energy’s Peggy Fox. “People will start to get their power back tomorrow.”

Fox said everyone, with a few exceptions for “stragglers,” should get their power restored by 11 p.m. on Friday night.

At its peak, Dominion Energy had about 14,000 customers in Fauquier County without powers. As of 10 p.m. on Thursday, that number was down to just under 6,800.