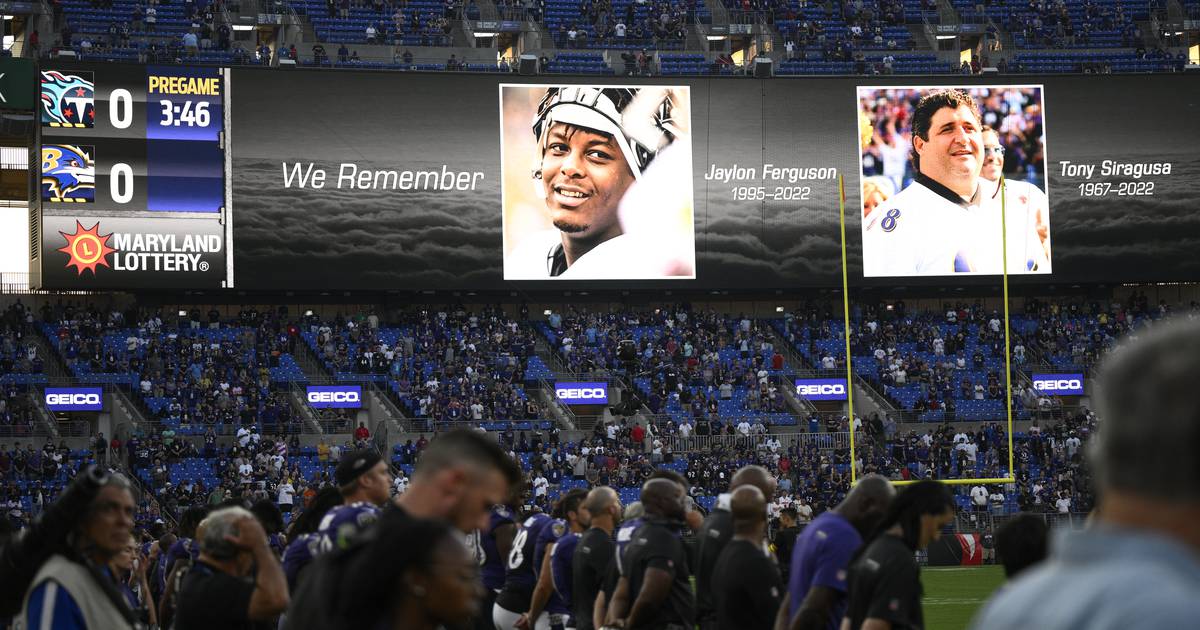 The Ravens will honor former players Tony Siragusa and Jaylon Ferguson throughout the season with a helmet sticker, coach John Harbaugh said Friday.

Siragusa, a fan favorite who anchored the middle of a record-setting Ravens defense during the team’s first Super Bowl run, died at age 55 on June 22. His passing came the same day Ferguson, a 26-year-old outside linebacker who was entering his fourth year in Baltimore, was found unresponsive in a North Baltimore home.

The Ravens also plan to honor both players with separate pregame ceremonies later this season and on the “wall wrap” that lines the perimeter of M&T Bank Stadium’s field level.

Siragusa, known as “Goose,” played seven seasons with the Indianapolis Colts and five with the Ravens, clogging run lanes as a hard-nosed, 6-foot-3, 340-pound nose tackle. After his playing career, he transitioned to broadcasting, where he worked as a sideline analyst for Fox, and even took acting roles.

Ferguson, known as “Sack Daddy,” set the Football Bowl Subdivision record for career sacks while at Louisiana Tech. Over three seasons and 38 games in Baltimore, he had 4 1/2 sacks. He died from the combined effects of fentanyl and cocaine, according to a spokesman for the Office of the Chief Medical Examiner. His death was ruled an accident, according to the agency’s spokesman.