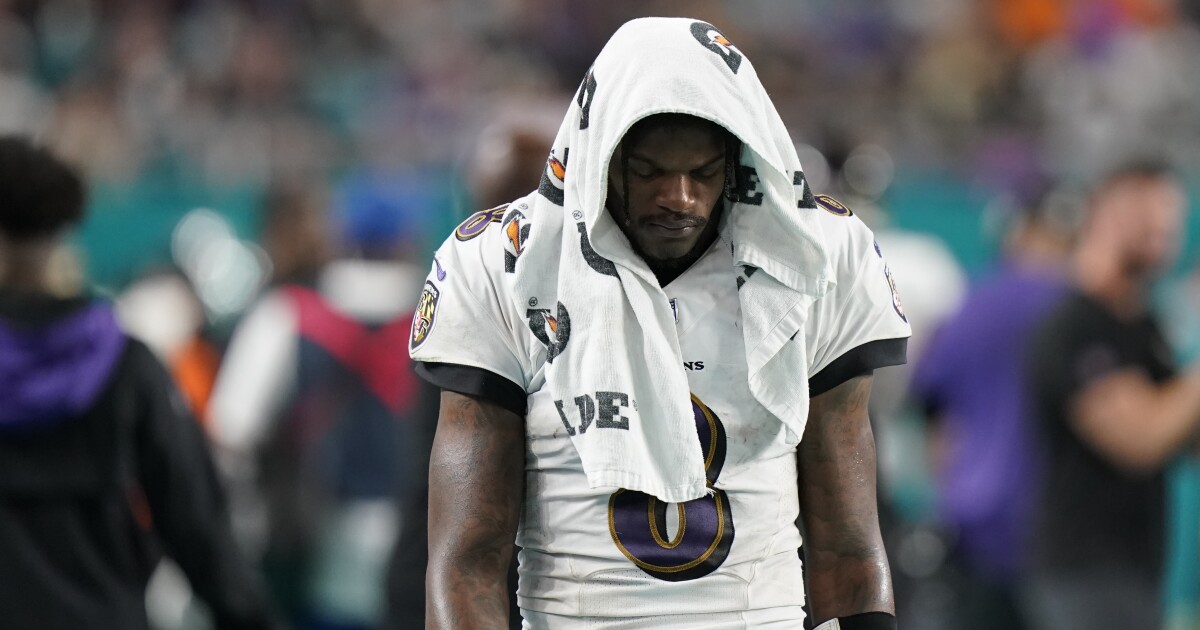 OWINGS MILLS, Md. — The Ravens will go into Sunday’s season opener against the Jets, without having locked up their star quarterback to a contract extension.

Former MVP Lamar Jackson is entering the final year of his rookie deal.

Negotiations have been ongoing all off-season, leading Jackson to miss out on off-season voluntary mini camps.

On Friday General Manager Eric DeCosta issued a statement saying the two sides failed to come to an agreement.

The announcement comes on the day of Jackson’s self imposed deadline, where he vowed not talk contract during the season.

It’s unclear what numbers have been discussed, but reports have suggested that Jackson is holding out for guaranteed money on the level of what Browns quarterback Deshaun Watson received during the off-season.

Jackson recently denied on Twitter that he’d already turned down a similar offer from the Ravens.