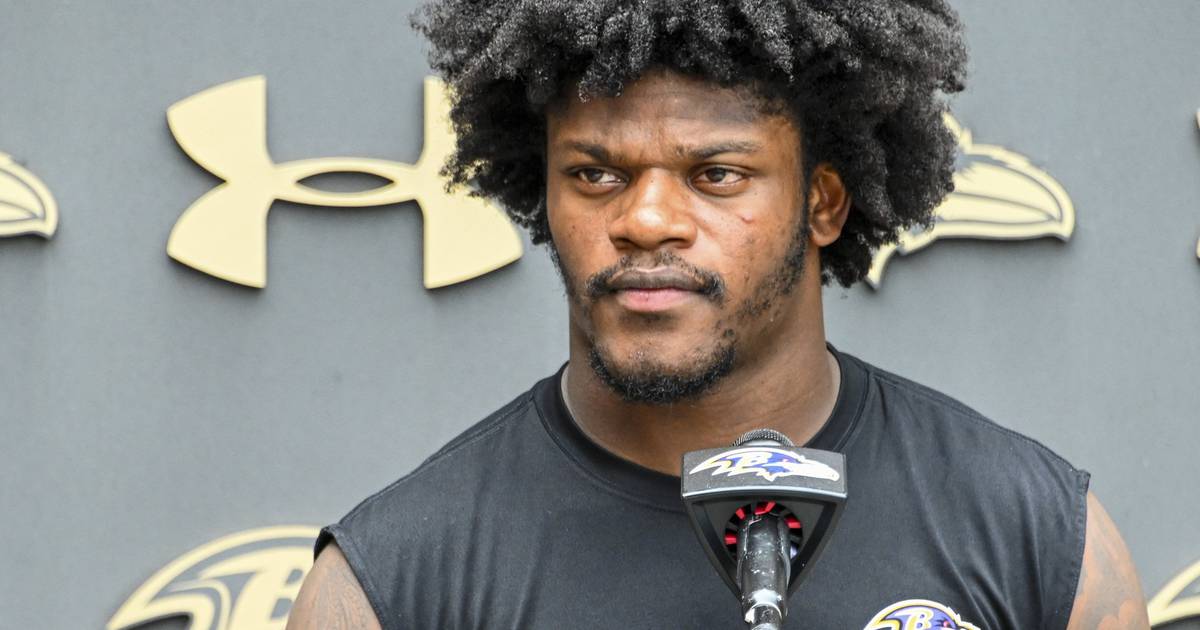 The Ravens and quarterback Lamar Jackson did not agree on a contract extension before Jackson’s Friday deadline, the team announced.

“Despite best efforts on both sides, we were unable to reach a contract extension with Lamar Jackson,” general manager Eric DeCosta said in a statement. “We greatly appreciate how he has handled this process and we are excited about our team with Lamar leading the way. We will continue to work towards a long-term contract after the season, but for now we are looking forward to a successful 2022 campaign.”

Jackson will play this season on his fifth-year rookie option with a salary of $23.016 million. If he and the Ravens do not agree on an extension by March 7 of next year, they would need to use their franchise tag to keep him from becoming a free agent. Under an exclusive franchise tag, Jackson would likely be owed about $45 million in 2023.

Lamar Jackson will play on the final year of his rookie contract after the Ravens couldn’t reach a deal on an extension.

The two sides will return to the table after the season. If talks drag on again, an exclusive franchise tag ($45M) seems likely. https://t.co/tfdwiKbtFj

Jackson said Wednesday that he was still talking with DeCosta but reiterated that he did not want those discussions to carry into the season. He downplayed the risk of playing this year without his financial future secured.

“It was a pretty big risk last season, the year before,” he said. “I wasn’t thinking about contract negotiations around that time. This season, it’s going to be the same thing, but I’m just playing football. Anything can happen, but God forbid the wrong thing happens, I’m keeping God first and just playing ball, like I’ve been doing.”

Jackson has been healthy throughout training camp and the preseason after missing the end of the 2021 season with an ankle injury.

This story will be updated.