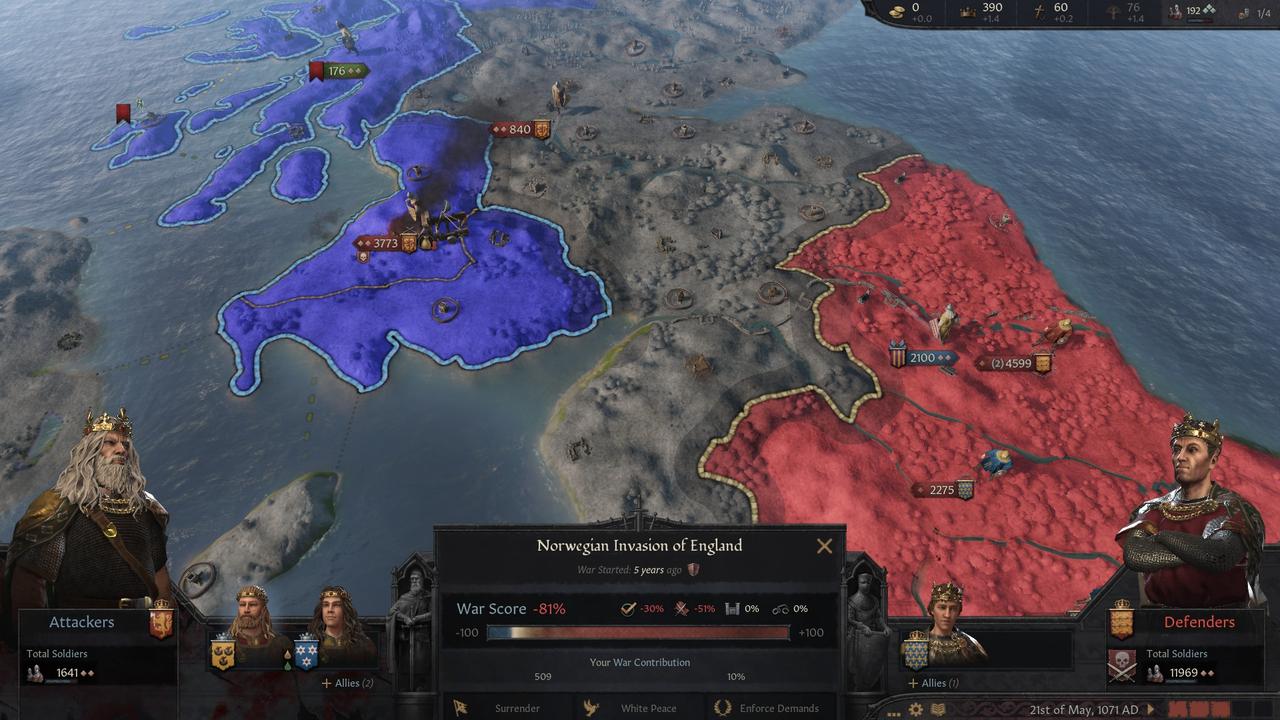 Paradox, publisher behind the popular strategy game Crusader Kings III, recently announced a price-hike for the DLC of the game. While this includes DLC coming out in the future, it also includes two DLC packs already released — an increase from $6.99 USD to $12.99 USD.

Posting on their official forums regarding the change, starting September 13th the existing DLC packs Northern Lords and Fate of Iberia will cost over double their original price. The publisher also stated that future DLC packs will cost a similar amount, while the base game and special editions will not be receiving price increases. Paradox recommended in the post that players get their copies “at the original price point” before the increase occurs.

Players swarmed on the topic, posting their outrage at a retroactive price increase and questioning why it was necessary. “I can’t see how this will have any financial gain from it either. Most people who play CK3 have already bought these DLC’s,” one player posted, mentioning Paradox’s controversial DLC policy.

That policy, of course, is that Paradox releases a significant amount of paid DLC for games, including games that are nearly a decade old. Some of these DLC packs are frivolous, carrying only cosmetic changes like uniforms and music packs for your game, while others do offer gameplay changes — new campaigns being the major selling point.

The DLC packs included in the price increase were not fully completed when they were sold, as well. Each pack required additional supplementary patches for the DLC packs to be considered ‘finished’. “I would certainly pay $13 for a high quality flavor pack. That is not what we have been delivered, though. I’m not even sure I’d continue paying $7 for the current level of quality. Given that previous packs are being increased, that suggests to me that the new price will not reflect an increase of quality,” said another player.

It is still too early to tell what effect this price increase will have on purchase rates among the player base, but judging by how quickly the topic received replies, it’s safe to say that it won’t go over too well. As of this writing, the publisher has not responded to the controversy.

There are plenty of other controversial decisions by developers as well — Riot Games, developer of Valorant and League of Legends, recently issued bans on players for targeted harassment, over a dispute surrounding the topic of sexual assault and “teabagging.”

Written by Junior Miyai on behalf of GLHF.