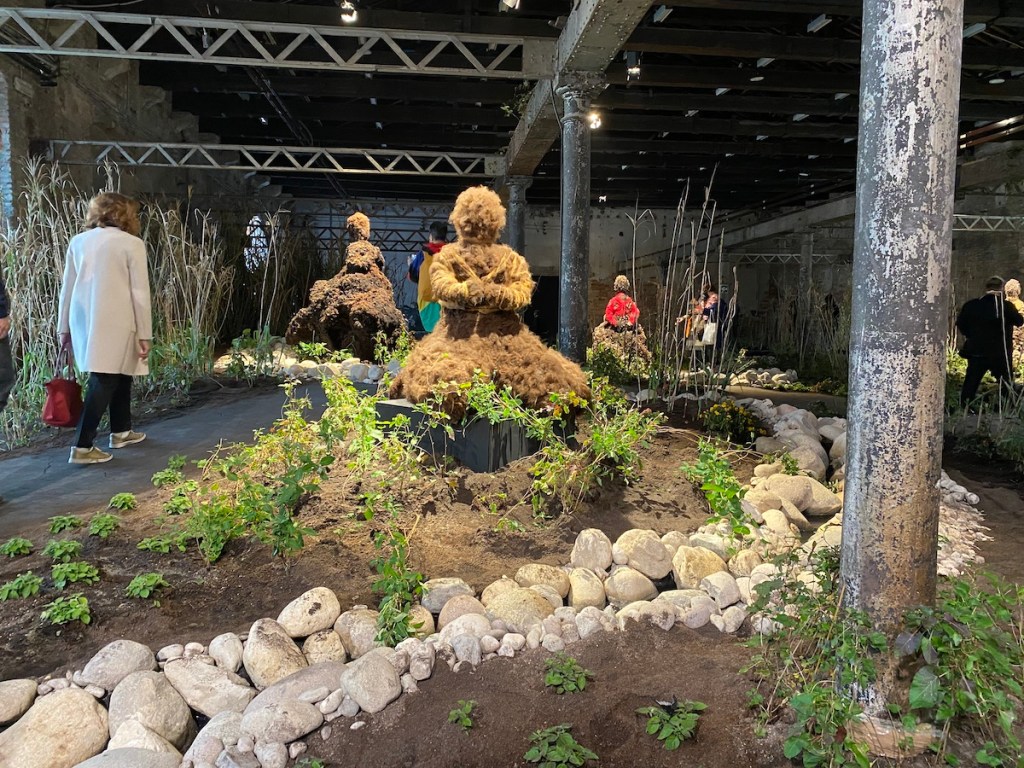 In the Arsenale portion of Cecilia Alemani’s principal exhibition of the Venice Biennale, titled “The Milk of Dreams,” the very best is sort of actually saved for final.

Just earlier than the exit, Alemani has given Precious Okoyomon a complete sizable room all to themselves—one thing that few different members in the primary present can say. In the set up, titled To See the Earth Before the End of the World (2022), the artist has arrayed an setting by which mysterious figures loom. Kudzu and sugar cane planted in soil seem throughout. Live butterflies mingle with the crops round them. Amid all of this run streams of water that make light noises as they movement.

This isn’t the primary time Okoyomon has labored with kudzu, an invasive vine species that’s native to components of China and Japan. The species was first launched to U.S. audiences in 1876 at a world’s honest in Philadelphia, and several other many years later, it was utilized by the U.S. authorities to combat the erosion of soil. Now, nonetheless, it has grow to be one thing akin to a weed for American Southerners, one which grows shortly and sometimes in methods which might be troublesome to impede.

But the kudzu in Okoyomon’s work is hardly a villain. If something, it’s one thing extra like a protagonist we’re meant to sympathize with. Like most different components of this set up, the kudzu has a reputation: resistance is an atmospheric situation.

In Okoyomon’s palms, the act of planting kudzu is a type of anti-colonial protest. While its development on the Biennale is probably going contained, one may think about a context by which it weren’t. And this room appears to be like like no different on the exhibition—it seeks to painting a world by which crops have taken over, displacing the people round them. (Visitors to Okoyomon’s set up should take some care to maintain to the slim pathways and to keep away from stepping onto the grime round them.)

As for the sculpted figures which might be seem all through, they’re constituted of wool, yarn, grime, and—somewhat ominously—blood, in line with the Biennale’s organizers. Produced at larger-than-life scale and with out facial options, the sculptures could appear scary, however don’t be afraid. Their names clarify that they arrive in peace and that they’re, if something, meant to be stunning: Efua, The Sun is my Own Darkness Swallowed in Flames an Angel Reborn and Omoehi, Child of Destiny I’m Blood are two of their titles.