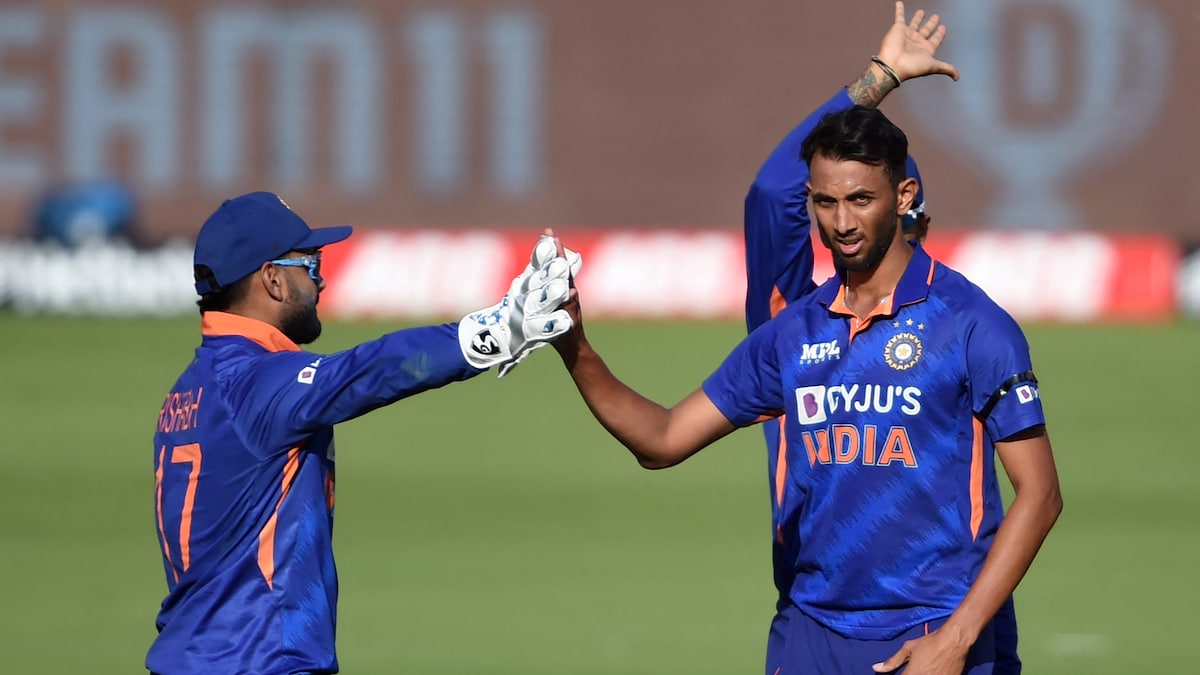 The high praise from his skipper Rohit Sharma was “very flattering”, pacer Prasidh Krishna said after emerging as the star performer with his excellent bowling in India’s 44-run win over the West Indies in the second ODI in Ahmedabad. The lanky Karnataka man set up India’s series-clinching victory in the three-match rubber, leaving his captain highly impressed.

“That was something very flattering for me because he (Rohit) has been playing cricket for lot of time. Coming from him, I am very happy,” Prasidh said at the post-match press conference on Wednesday.

Rohit was awestruck by the sensational spell of Prasidh, who was adjudged the Player of the Match for his four wickets for just 12 runs in nine overs, which included three maidens.

“I have never seen a spell like that in India for a long time now. Bowled with a lot of pace and kept it going,” Rohit had said at the presentation ceremony.

The bowler said that he has been striving to get consistent and was pleased that his efforts have paid off.

“Personally, like I said, I have been putting in the yards and trying to do this for quite some time now, so I am glad it happened.

“It has been almost a year since I made my debut for India. I have been striving to get more consistent since then,” Prasidh said at the post-match press conference.

“I remember, when I started off, I used to get excited and had too many emotions running through.

“But over time, we have been together, practised together as a team. We have had our plans and we have been very clear on what we wanted to work on.” India posted 237 for nine and then returned to dismiss West Indies for 193 in 46 overs to record a comfortable victory.

“Like I said we have been working on consistency as a bowling unit. We all know that we have a good set of bowlers in our team and we are helping and learning from each other, so that is about it, there is nothing special,” he maintained.

It is the 11th time in the last 17 games that the West Indies have failed to bat their full quota of 50 overs.

Prasidh said that his aim was to hit good lines and lengths.

“It was pretty simple, hit good lengths, good lines and bowl in the area where it was (necessary) for batsmen to push out for runs or block it, so I tried to do my best,” said the 25-year-old Bengaluru-born player.

Suryakumar Yadav also played a crucial role in India’s win, with his 64-run knock after the hosts were reeling at 43 for three following a top-order collapse.

Prasidh said the Motera track was favourable for bowlers.

“It was more favourable for the bowlers. So, I think the lengths that I was getting last game in the middle overs were very similar and because there was more purchase in the wicket today (on Wednesday), it was acting different and helping my bowling as well,” he elaborated.

‘We did a pretty good job as a bowling unit’

Prasidh was effusive in his praise for his bowling colleagues, saying the hosts did a decent job as a unit.

“The initial plan was to keep it tight, put pressure on the batsmen and eventually that would get us few wickets and then on it was reacting to the situation.

“I mean, they had a pretty good start, and then we had spoken, we were keeping it tight, credit goes to everybody, it wasn’t easy for the spinners to bowl with the ball coming on to the bat well, so we did a pretty good job as a bowling unit,” he said.

According to Prasidh, breaks for bowlers do not disrupt their rhythm.

“Break disrupting the rhythm I don’t see anything like that, because as a bowler, as a cricketer, you would be be playing as and when you get a chance and when you are not playing, might as well get back to the drawing board, get better, and come back and play whenever you get a chance,” he said.

‘Surya’s innings very important for us’

Prasidh said Suryakumar’s innings was very important for the team in the overall context of the game.

“The timing of it was very important because we had lost early wickets, like quick wickets and credit to West Indies bowlers as well, they were bowling good lines and lengths and there was something happening in the wicket throughout.

“So yeah, indeed Surya’s inning was very important to us,” he signed off.