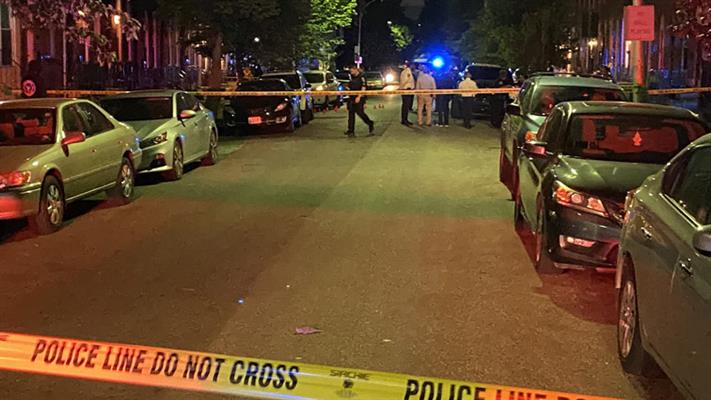 A person and pregnant girl have been each shot and killed Thursday evening in east Baltimore.

City police stated the victims have been shot whereas sitting of their automotive within the 300 block of E twenty third Street.

Both have been taken to Johns Hopkins Hospital the place the person was pronounced useless, police stated.

Police stated the girl’s child was delivered and is in vital situation as a result of emergency surgical procedure.

The girl died a short while later, police stated.