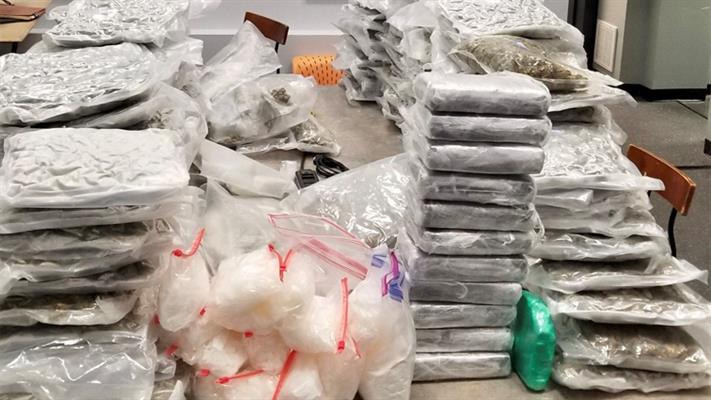 Police: 9 folks indicted on a number of fees associated to drug trafficking on Eastern Shore

The Maryland State Police on Tuesday launched outcomes of a months-long investigation that led to the indictment of 9 people who find themselves allegedly a part of a big drug trafficking group in two Eastern Shore counties.

The investigation was carried out to look into “information concerning the operation of a drug trafficking organization believed to be distributing large amounts of cocaine, opioids, heroin, marijuana and methamphetamines in Caroline and Dorchester counties and parts of Delaware,” in keeping with a information launch.

Evidence was developed that enabled investigators to acquire 11 search warrants. The properties searched have been situated in Preston, Hurlock, Federalsburg, Lanham and Crofton.

As a results of these search warrants, police recovered over 18 kilograms of cocaine, 2.7 kilograms of heroin/fentanyl, 5.9 kilograms of crystal methamphetamine, 170 kilos of marijuana and roughly 34 firearms together with cash believed to be related to the drug operation.

All 9 are being held with out bond. The case stays below investigation.