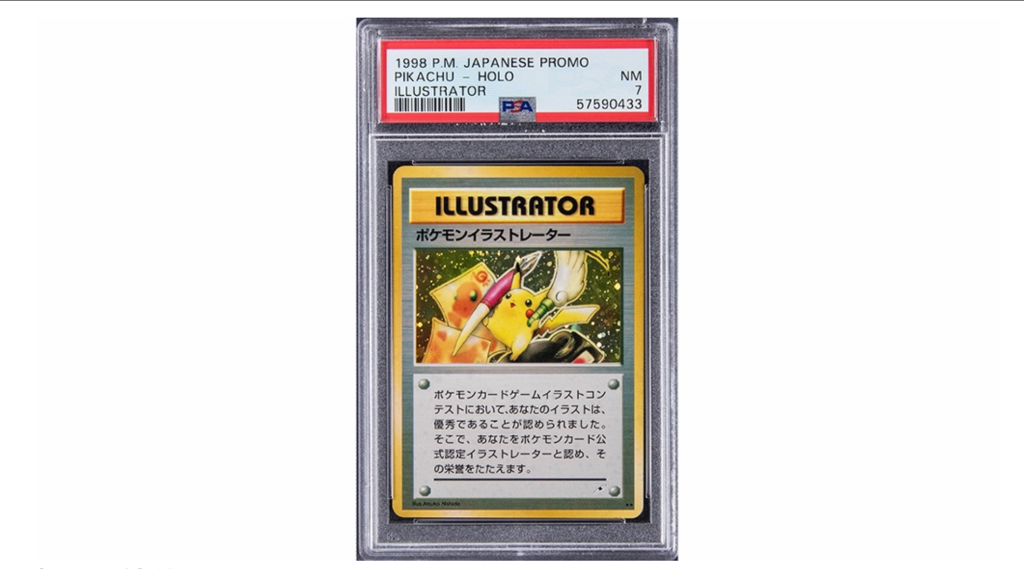 Vintage gaming cards are great for more than nostalgia these days. Case in point, a near-mint Illustrator Pikachu Pokémon card sold for $375,000 in February 2021; making it the most expensive card sold of its kind. Ironically, another iteration of that Poké card now claims the top spot.

Dubbed the Pocket Monsters Japanese Promo “Illustrator” Holographic Pikachu card, the lot was sold for $900,000 in an auction held by Goldin, a marketplace for collectibles. The 1998 card was sold to an unknown bidder after receiving up to 34 other offers. There were 39 copies of the relic created but it’s the only from the series to display its “Illustrator” heading, a nod to when it was originally distributed during a series of illustration contests hosted by Coro Coro Magazine in 1997 and 1998. Its standout details include artwork by Japanese graphic artist Atsuko Nishida, alongside an exuberant Pikachu — but, of course.

According to PSA, the world’s largest third-party authentication and grading company, the rare card was only released in Japan. It received a NM 7 grading from the group, which is seen as “Near Mint” with slight surface wear visible and potential fraying; but most of its original gloss has been retained and its overall centering is decent. Additionally, its new owner will find a unique “pen” logo on its bottom right-hand corner and that its Japanese text translates to: “We certify that your illustration is an excellent entry in the Pokémon Card Game Illust Contest. Therefore, we state that you are an Officially Authorized Pokémon Card Illustrator and admire your skill.”

Offers for the Poké card began under $100,000, claims Game Informer. Its nearly $1 million sale shattered the former record and makes it the highest-priced Pokémon card ever sold. Other cards based on the animated series that sold for top dollar at auction include the Base Set Charizard, Dragon Frontiers Charizard Star and EX Deoxys Raquaza Star, according to Forbes. Back in 1997, the show debuted in Tokyo and went on to spawn a mind-boggling 24 seasons. Trading cards were released for fans in December 1998, and apparently, they’re just as beloved today as they were then.