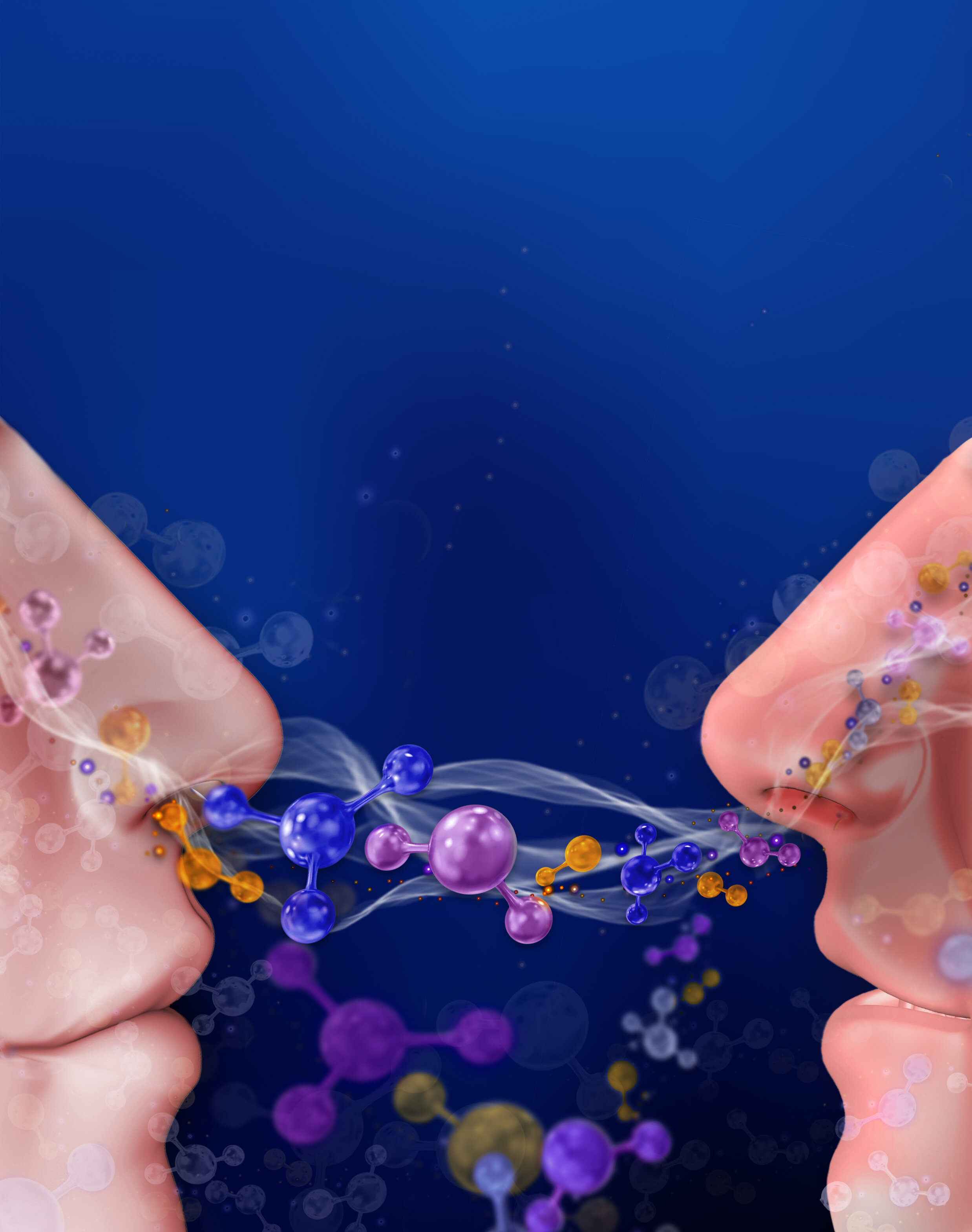 This expression could be true in the literal sense, according to a new study published in the journal Science Advances on Friday, which finds people with similar body odors are more likely to hit it off as friends.

“Nonhuman terrestrial mammals constantly sniff themselves and each other and, based on this, decide who is friend or foe,” wrote a group of researchers led by Inbal Ravreby at Weizmann Institute of Science in Israel.

Since people seek friends who are similar to themselves, the team hypothesized that humans may smell themselves and others to subconsciously estimate body odor similarity and judge their compatibility.

To find out, they set about collecting samples from pairs of same-sex, non-romantic friends who described themselves as having clicked at first sight, that is to say “where a sense of friendship was formed before extensive biographical information was exchanged,” according to the paper.

After an extensive recruitment effort, they found 20 pairs, half of whom were male, and the other half female, all aged between 22 and 39 years old.

In order to prevent contamination or outside factors influencing their samples, all participants had to follow a strict protocol that included avoiding pungent foods and sleeping away from their partner and pets in a clean cotton T-shirt that was provided to them.

The T-shirts were collected in ziplock bags and tested with an electronic nose—a device equipped with sensors to analyze chemical composition. The researchers found that the odor signatures of “click friends” were statistically more closely matched than odors between non-friends.

To assess whether the eNose results accurately mirrored human perception, the team recruited human smellers and devised a set of tests to check the validity of their result.

In one of these tests, for example, the human smellers were presented with three odors: two from a pair of click friends, and one outlier. They successfully identified the pairs and rejected the outlier.

These results seemed to confirm the hypothesis that similar smells might spur friendship, but an alternative explanation was that people who are friends spend a lot of time together and so have similar body-odor shaping experiences, such as where they live and what they eat.

To disentangle these two possibilities, the team devised another test to see whether smell could be a successful predictor in whether two people who’ve never met go on to click.

They recruited 17 strangers and had them all interact with one another in a test called the “Mirror Game”—standing half a meter apart so they could subconsciously smell each other, they were asked to mimic each other’s hand movements for two minutes, without talking to each other.

What’s more, the closer people’s smell was, the more they reported liking each other, understanding one another, and feeling greater chemistry between themselves.

Together, the study’s results “converged to suggest that human same-sex nonromantic click friends smell more similar to each other than expected by chance,” the team concluded.

Humans, unlike other terrestrial mammals, use complex language to interact, and so it’s possible the effects of smell in lab settings were amplified compared to how important they may have been in real life, the team wrote.

“Nevertheless, we think our results imply that we may also be more like other terrestrial mammals in this respect than we typically appreciate.”