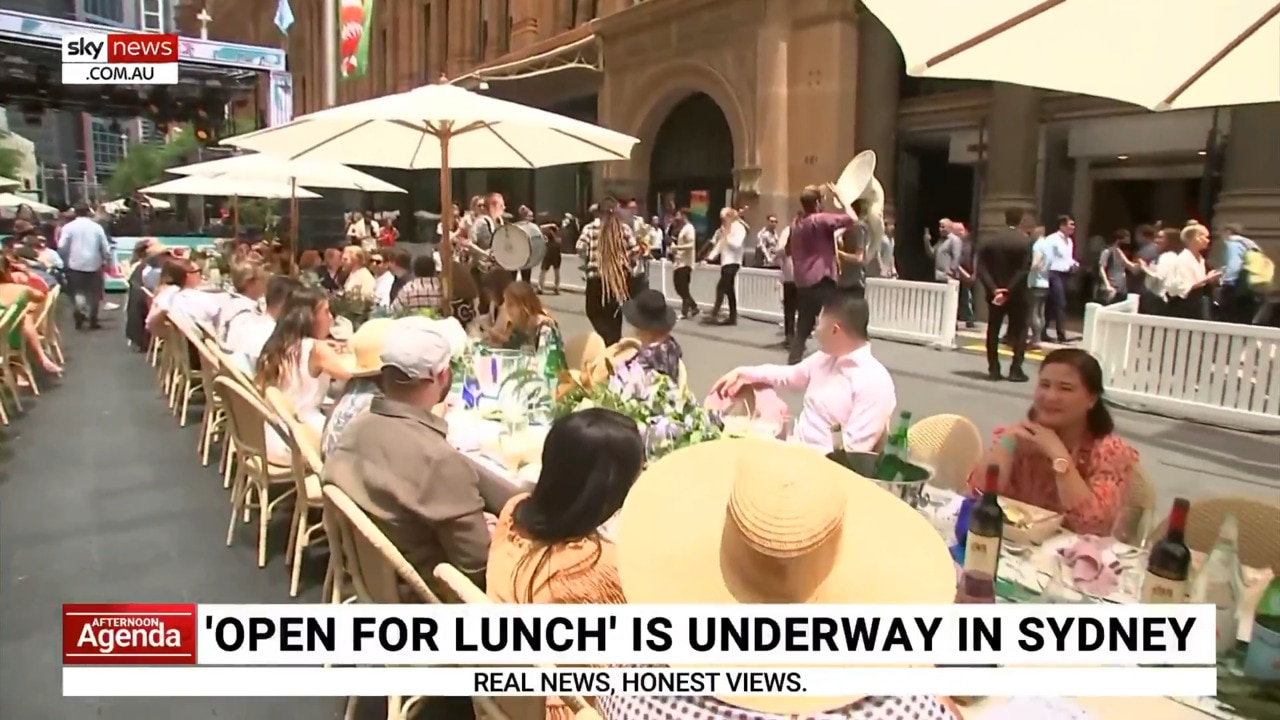 In Sydney 600 diners are enjoying an open-air dining experience on George Street outside the Queen Victoria Building.

The Open for Lunch event is part of a new series of pop-up feasts funded by the NSW government.

Tables which are as long as five and a half Olympic pools have been set up.

Diners are being served a three-course meal prepared by chefs such as like Luke Mangan, Mike McEnearney, Palisa Anderson and Michael Nicolian.

The George Ellis Orchestra is also performing for the diners.