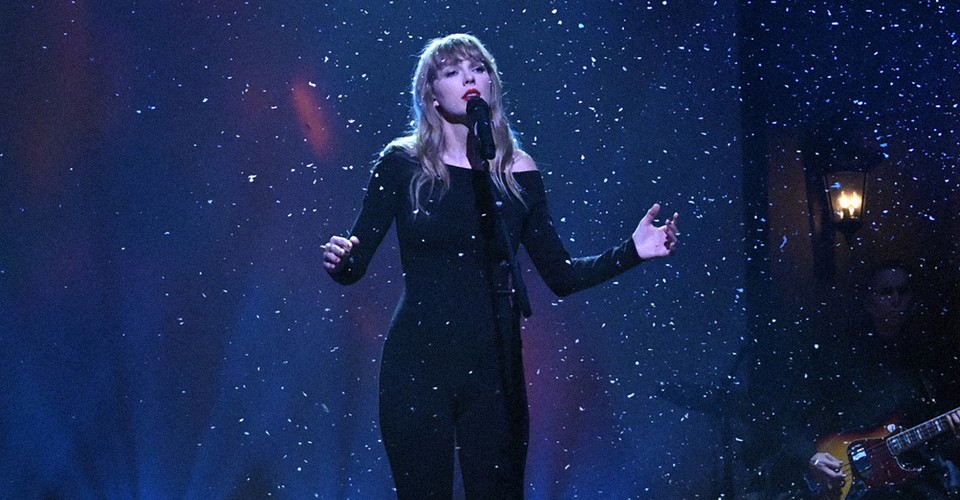 When Taylor Swift was only 22, she laid awake at night and worried about her age. That’s the confession the now-31-year-old singer makes on “Nothing New,” a track she wrote for her 2012 album, Red, but only released on Red (Taylor’s Version), the new, rerecorded version that came out on Friday. In the song, she describes how society tells young women to have fun and then shames them for experiencing life. She wonders why she seems to lose confidence with each passing year. “Lord, what will become of me,” she sings, “once I’ve lost my novelty?”

Sad as it may seem, this was a fair question for a prodigy to have been asking. In pop, success is fleeting: Conventional wisdom says that an act’s “imperial phase”—a career-defining hot streak—rarely lasts for more than a few years. Many women in the entertainment business can attest to the public’s limited appetite for ingenues who continue to evolve. When she was writing the original Red, Swift was already three hit albums into an astonishing career that began when she was just 16 years old. Even though she’d barely matured into drinking age, continued relevance wasn’t assured.

Swift’s latest project, rerecording her first six albums, not only demonstrates how impressively long her reign has turned out to be. It also is helping extend that reign while illuminating the secrets to her success. When in 2019 she announced her plan to recycle her own catalog to thwart a business rival, many observers suspected that the undertaking would be a minor diversion. Instead, it has been a dazzling victory lap that seems likely to inspire a whole new race. On Red (Taylor’s Version), her second rerelease, she continues to push herself to new places as she doubles down on the things that make her beloved. A walloping performance on Saturday Night Live last night showed exactly how she’s pulling that off.

Read: Taylor Swift knew everything when she was young

Rather than following the playbook of singing two separate songs during the comedy show, she saved up her time for one tour de force: “All Too Well (10 Minute Version).” A breakup ballad with an epic scope, the original “All Too Well” was a fan favorite on Red. For the rereleased album, Swift added on an extended cut that nearly doubles the original’s runtime. Sound like a bonus for only the most curious listeners? The track is a stunner, the ultimate Swift statement, and she has audaciously made it the centerpiece of the Red 2.0 rollout.

The original “All Too Well” told a story that was clear-cut and also richly layered: Swift’s narrator pines for the bygone bliss of a failed relationship. But in a late-song tonal swerve, she asserts that her ex can’t move on from her either—why else would he not return her scarf? “Time won’t fly; it’s like I’m paralyzed by it,” goes one line that helps summon the telescoping, time-travel feeling that defines so many of her best songs.

The new version intensifies that feeling. Fresh specifics emanate both warm nostalgia (there’s a vignette about childhood photos) and cooling disdain (no fans saw an ironic “fuck the patriarchy” coming). Ready-to-borrow breakup bumper stickers abound (“You kept me like a secret, but I kept you like an oath”). Rather than clutter the song, this extra material mesmerizes as Swift’s cadence slips and slides against the steadily pounding beat. Late in the song, a tempo shift jolts the listener and helps the narrator zoom out from the story she’s told.

On SNL, Swift turned this improbably riveting song into improbably riveting TV. She likely didn’t even need to project the track’s music video—a literal dramatization of the lyrics, played by very good-looking people—behind her to make it work. Maybe she didn’t need the autumn leaves falling from the rafters, but they were a nice touch. And though it helped that she graciously performed her celebrity-guest duties elsewhere during the episode (appearing in a musical sketch about “three sad virgins”), that wasn’t really what made her turn on SNL memorable.

The real appeal was Swift standing at a mic. As she moved through different phases of action—still at the start, light headbanging in the middle, dreamy swaying at the end—she created a sense of progression. Meanwhile, she used her eyes as an instrument by flicking her gaze into the camera to deliver the most damning lines, as if directly to her ex. Though her band was far away from her for most of the performance, two backup singers pulled up beside her for the chilling final refrain, cementing the feeling that an exorcism had been completed and Swift was ready to reenter the world.

Perhaps Swift could have pulled off a performance like this at age 22; she says she wrote the lyrics to this extended version back when she was first recording Red. But having the guts to sell the world on a 10-minute ballad about a scarf feels like the product of assurance that only comes with age. Swift’s power, you could see in this performance, lies in the way her ambition—as a songwriter and as a public figure—is served by her preternatural wisdom about time. She knows how it flows, and she knows how it feels, and it turns out she knows how to stop it for 10 minutes at once.