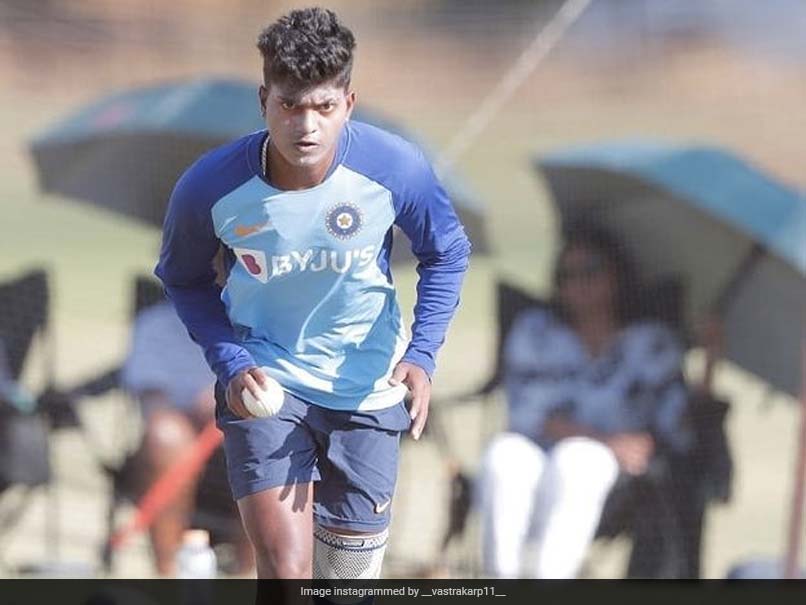 Pooja Vastrakar will be aiming for a good display vs New Zealand Women.© Instagram

India all-rounder Pooja Vastrakar has said she wants to bowl according to her strengths in the upcoming ODIs against New Zealand. Pooja Vastrakar picked two wickets in the one-off T20I that India played with New Zealand on Wednesday. “Every bowler’s dream is to bowl in Australia and New Zealand. In the T20I game, I was just focusing on the process and maintaining the line length. The same thing I want to do in the ODI series and bowl just on my strengths,” said Pooja Vastrakar in the virtual press conference.

Speaking on her batting and her approach on power hitting, Pooja said, “In ODIs last 10 overs are very crucial and we have prepared according to that in the practice and the in the Challenger Trophy and I would like to use the same confidence here.

Meanwhile, India wicket-keeper Taniya Bhatia said she has evolved as a player and is looking forward to the New Zealand series.

“I had focused more on power hitting, I’ve evolved as a player and I’m looking forward to the series,” said Taniya Bhatia.

The Indian women’s cricket team will face New Zealand in a series comprising of five ODIs at John Davies Oval Queenstown in New Zealand from Saturday.