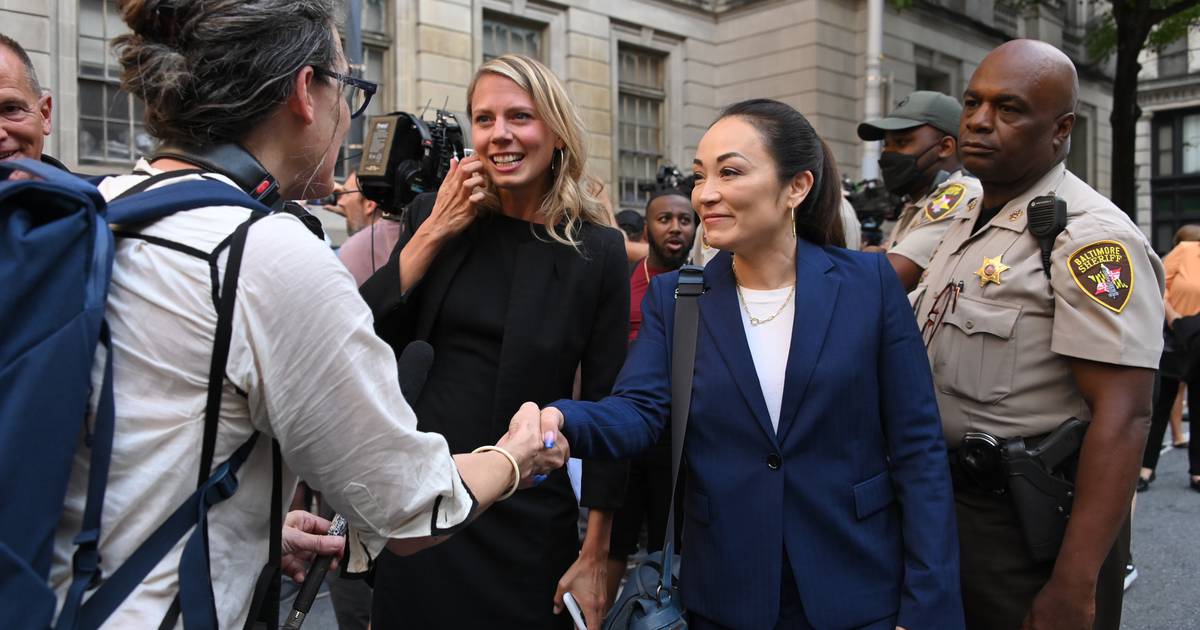 A day after a Baltimore City judge overturned Adnan Syed’s murder conviction, a new episode of the hit podcast “Serial” that first made his decades-old case famous details the decision to free him.

The approximately 17-minute episode, “Adnan is Out,” opens with Syed attempting to make collect call from prison before fading out to news reporters announcing “a major development” and “a stunning reversal” in his murder case.

Baltimore Circuit Judge Melissa Phinn vacated Syed’s conviction for the 1999 killing of ex-girlfriend Hae Min Lee and ordered his release Monday after prosecutors found there were alternative suspects and unreliable evidence used at his trial.

Syed’s case was documented by the 2014 show “Serial,” a pioneer in the true crime genre that raised doubts about the investigation into how Lee, a Woodlawn High School student, was killed murdered and her body buried in a clandestine grave in Leakin Park in Baltimore. “Serial” became the first podcast to win a Peabody Award.

“Adnan Syed got out of prison yesterday. It was extraordinary. The whole thing,” host and executive producer Sarah Koenig, a former Baltimore Sun reporter and who attended Monday’s hearing, said in the episode.

As Syed, 41, on Tuesday walked away from the courtroom unshackled after 23 years in prison, his supporters and those who had followed his case cheered on his release.

“You might be asking what on earth happened?” Koenig said. “I’ve spent the last few days trying to understand it myself. Wherefore this motion to vacate that burst like a firework out of the prosecutor’s office. The very same office that asked the jury in 1999” to come back with a guilty finding for murder.

Koenig detailed the chain of events leading to Syed’s release, beginning with when Maryland passed its Juvenile Restoration Act almost a year ago, which enables those convicted of crimes before they turn 18 to petition the court for a sentence modification.

An attorney for Hae Min Lee’s family, Steve Kelly, filed a motion Monday asking the court to postpone the hearing so that her brother Young Lee could fly from the West Coast to attend the proceedings in person. Instead, Young Lee addressed the judge virtually Monday, saying he felt blindsided by prosecutors’ decision to pursue vacating Syed’s conviction.

“The Lee family is deeply disappointed that today’s hearing happened so quickly and that they were denied the reasonable notice that would have permitted them to have a meaningful voice in the proceedings,” Kelly said in a statement released Monday.

Kelly, a partner at Sanford Heisler Sharp and a criminal/sexual violence practice group co-chair, took on the family’s case Sunday “on an emergency basis.” He advocated for the law giving victims and their surviving family members an opportunity to receive notice and make their wishes known in court after his own sister was raped and murdered in 1988, Kelly said in a statement.

Rabia Chaudry, a longtime friend and advocate of Syed’s, posted joyous photos and videos Monday night on Twitter of Syed returning home with his family.

Chaudry wrote a 2016 book, “Adnan’s Story: The Search for Truth and Justice After Serial,” detailing what the lawyer saw as flaws in the state’s case against Syed.

The Innocence Project, a nonprofit that works to free people who were wrongfully convicted, wrote in a post on its website that the decision to vacate Syed’s conviction because of the prosecution’s failure to disclose exculpatory evidence, known as a Brady violation, illustrated a common theme in wrongful convictions. Syed’s lawyer, Erica Suter, directs the University of Baltimore Innocence Project Clinic.

“In the last three months alone, the exonerations of Innocence Project clients Mallory Nicholson, John Galvan and, just last week, Herman Williams, all revealed Brady violations that contributed to the conviction and imprisonment of innocent people,” the organization said on its website. The concealment of exculpatory evidence occurred in 44% of exonerations studied in a 2020 report from the National Registry of Exonerations, which looked at 2,400 exoneration cases.

In a statement, Maryland CAIR Director Zainab Chaudry, who was at Monday’s hearing, thanked the Baltimore City State’s Attorney’s Office for “prioritizing integrity over convictions” and congratulated Syed’s family and supporters.

“Today’s hearing underscored the reality that our entire criminal justice system needs an overhaul,” Chaudry said in the statement. “We welcome the long-awaited overturning of Mr. Adnan Syed’s conviction and hope his release will send the message that prosecutors must follow proper procedures when bringing serious charges that change the trajectory of so many lives.”

The Georgetown University Prisons & Justice Initiative, which teaches incarcerated and formerly incarcerated students in the D.C. area and offers a class in which undergraduates investigate wrongful convictions, congratulated Syed on the decision Monday on Twitter.

Syed participated in Georgetown’s bachelor’s degree program while at the Patuxent Institution.

Today’s decision to vacate Adnan Syed’s conviction is a long overdue victory for justice. We were honored to have Adnan as a student in @Georgetown‘s bachelor degree program at the Patuxent Institution, and we are so excited to welcome him home. #FreeAdnan https://t.co/ALm5zlsCbD