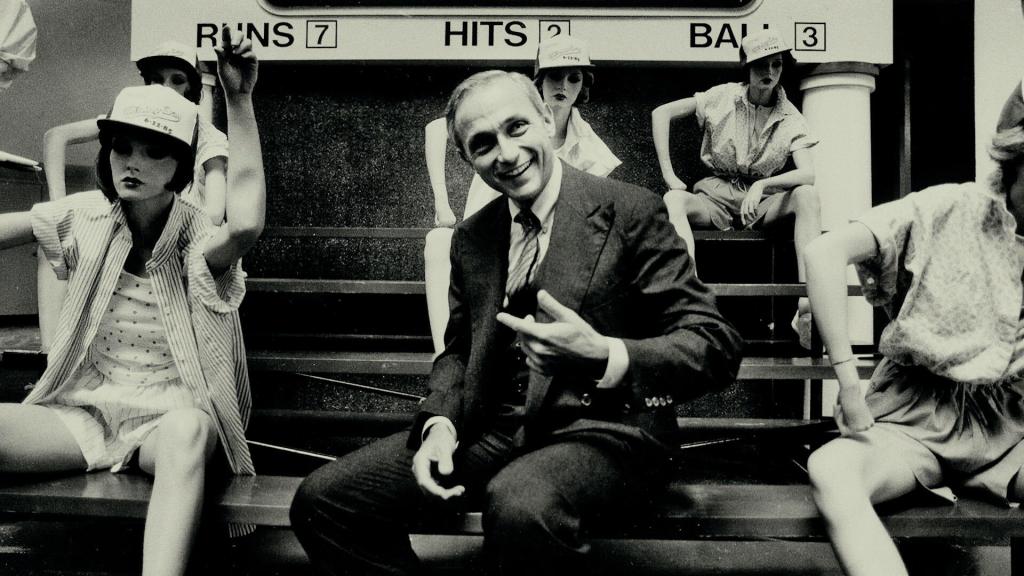 Leslie H. Wexner, the Ohio billionaire who was once one of the world’s important art collectors, made his fortune at the mall by turning around faltering brands into massively successful behemoths like Abercrombie & Fitch and Victoria’s Secret and founding others like the Limited and Bath & Body Works. But since 2019, when Jeffrey Epstein, the financier who was charged with sex trafficking of minors in Florida and New York and who had previously been Wexner’s money manager, the mall mogul’s reputation and fortune have been on the decline.

Wexner’s relationship to Epstein is now explored in a new three-episode documentary series on Hulu, called Victoria’s Secret: Angels and Demons, that became available to stream on Thursday. Directed by Matt Tyrnauer, who was previously explored fashion and sex scandals in series like Valentino: The Last Emperor (2008) and Scotty and the Secret History of Hollywood (2017), the tantalizing new documentary charts Wexner’s rise and fall, and is the latest documentary to do so, with Netflix having released White Hot: The Rise and Fall of Abercrombie & Fitch earlier this year.

According to Angels and Demons, Epstein was known to attach himself to older, wealthier men as a way to secure funds and power. Wexner ended up being one of those men, entangling himself deeply with Epstein and going so far as to make Epstein his financial manager and later giving him power of attorney.

That struck many in his circle, such as former Victoria’s Secret CEO Cindy Fedus-Fields, as out of character considering that Wexner was a known micro-manager and that Epstein was a college dropout who had mysteriously leveraged a job at Bear Stearns after a brief stint as a math teacher at Dalton, the prestigious New York private school. Serving as Wexner’s financial manager from the ’80s until 2007, Epstein use his connection to Wexner’s companies, most notably Victoria’s Secret, in order to proposition women.

Angels and Demons focuses on one case in particular. In 1997, the actress Alicia Arden filed a police report after Epstein posed as a Victoria’s Secret recruiter. Epstein had invited Arden to audition for him in his hotel room, where he proceeded, Arden alleges, to sexually assault her.

At that time, senior executives at Victoria’s Secret had already complained to Wexner that Epstein had been posing as a Victoria’s Secret talent scout to gain access to young women. Despite promising to speak with Epstein about this behavior, Wexner was either unwilling or unable to get him to stop, and the two continued to maintain a close financial relationship for another decade.

Despite the show being advertised as a deep dive into Wexner and Epstein’s relationship, the series never really gets at exactly why Wexner gave Epstein such unprecedented power and access to his fortune, paying him over $400 million over the years.

“That remains a big question mark,” Tyrnauer admitted in an interview with the Los Angeles Times this week. “Despite the efforts of many great journalists looking into this, including Sarah Ellison, who’s in the film, and writers from Vanity Fair and the New York Times, it really remains a mystery.” (Wexner declined to give an interview for Angels and Demons.)

Instead, what the documentary focuses on is the incredibly interesting but perhaps not headline grabbing story of the rise of the Victoria’s Secret empire and how it shaped the fast-fashion industry and America’s understanding of sexy.

As a collector, Wexner didn’t focus on a particular era or artist but bought a little bit of everything. He began his collection in 1978 with Willem de Kooning’s Pink Lady (ca. 1944) and would go on to buy works by Picasso, Giacometti, and Jean Dubuffet. His collection was exhibited at the Wexner Center for the Arts, to which he was a major donor and which is named after his father, in Columbus, Ohio, in 2014.

Though he at point amassed one of country’s top art collections, Angels and Demons also does not cover this. That’s perhaps a glaring omission given that Epstein was also deeply entrenched in the art world.

From 1987 to 1994, Epstein was a board member of the New York Academy of Art and a noted donor of M.I.T’s media lab. He had strong relationships with art dealer Leah Kleman, whose contact info is jotted down in Epstein’s “little black book,” which contained the names of dozens of high-profile people, some of whom have denied knowing Epstein, according to the New York Times.

Another important connection was noted collector Leon Black, who has long been a trustee of the Museum of Modern Art in New York. According to the New York Post, Black allegedly tapped Epstein to direct the Leon Black Family Foundation even after Epstein was arrested for sex trafficking charges back in 2008. The foundation has since denied that they had anything to do with Epstein after 2007, citing his inclusion on paperwork after 2007 as a clerical error.

In a 2020 statement, Black said, ”Knowing all that I have learned in the past two years about Epstein’s reprehensible and despicable conduct, I deeply regret having had any involvement with him. With the benefit of hindsight, working with him was a horrible mistake on my part.”