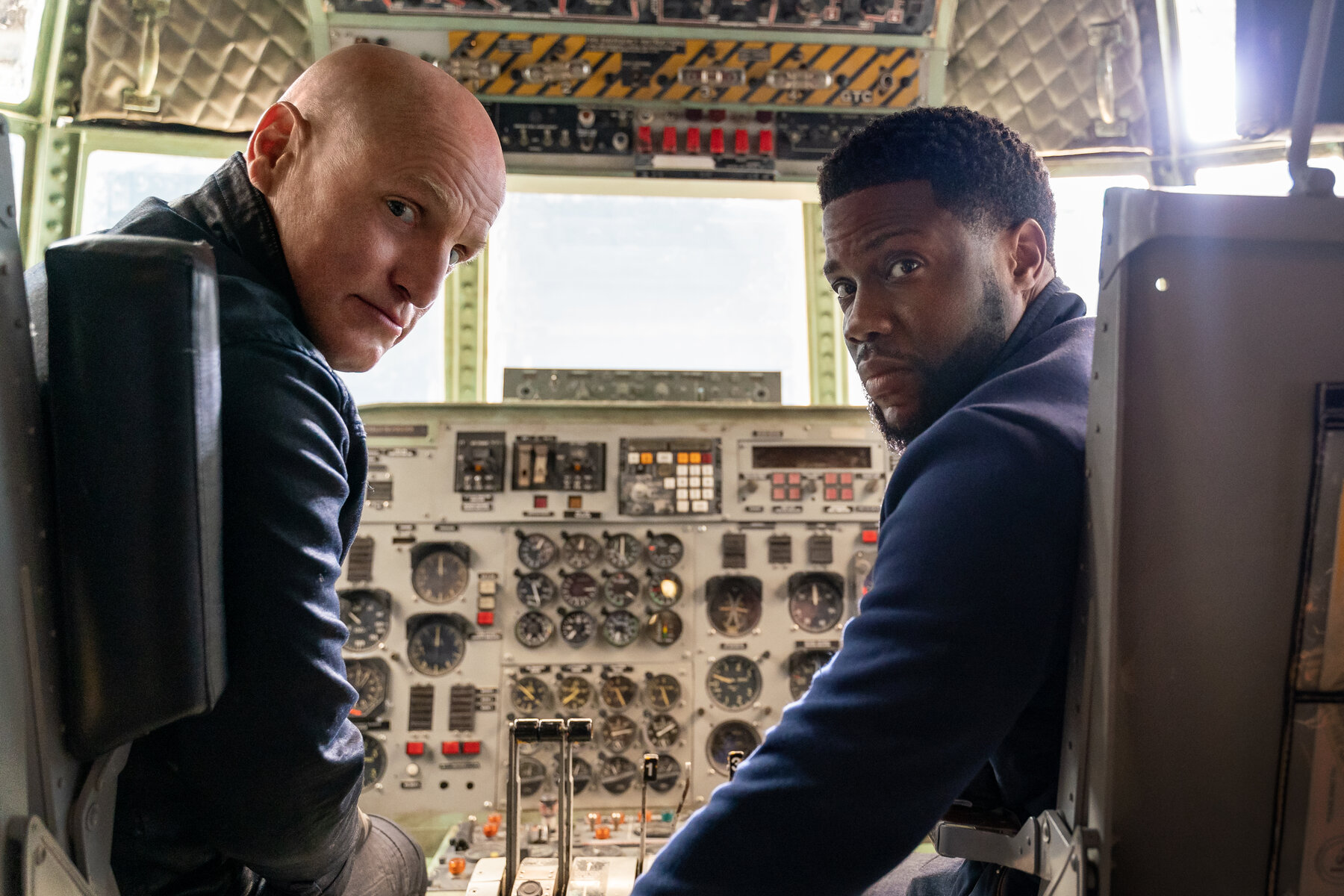 There’s something that feels distinctly Canadian about the Toronto Sun covering the new Netflix movie from Kevin Hart and Woody Harrelson and deciding to focus on Hart’s repeated mispronunciation of Canada’s most populous city. “Even though Kevin Hart botches the pronunciation of Toronto in his upcoming action-comedy The Man From Toronto,” the newspaper begins, “he wants to assure everyone who took issue with his hard ‘T’ ‘Toe-RON-toe’ that he meant no disrespect.”

If you want to be like that, though, the real head-scratcher is how Woody Harrelson — with as thick a Southern drawl as they come — was tapped to play an assassin who supposedly grew up in Toronto. Then again, this is a Kevin Hart-led comedy we’re talking about here. As such, there are some rules about appreciating this kind of thing. One of which is that you’re not supposed to take it too seriously. “Too,” as in, “at all.”

What is The Man from Toronto about?

Netflix, for its part, gives the 110-minute movie the barest of synopses. “A case of mistaken identity arises after a screw-up sales consultant and the world’s deadliest assassin — known only as The Man from Toronto — run into each other at a holiday rental.”

The film’s director is Patrick Hughes, whose credits also include The Hitman’s Bodyguard and The Expendables 3. Joining Hart and Harrelson in the cast here are other familiar faces, such as The Flight Attendant’s Kaley Cuoco.

Reaction on Twitter to the movie so far, meanwhile, ranges from the optimistic to the “Man, it’s going to be hard to get into The Man From Toronto with all those yanks mispronouncing the city’s name” variety.

“Airbnbs, you never know what you’re gonna get,” Hart’s character deadpans at one point in the film. The same can definitely be said of Netflix’s hit-or-miss original movies, but that’s neither here nor there.

Hart is chatting away nervously at the vacation rental when he’s led downstairs by a menacing-looking goon. Downstairs, Hart promptly freaks out at the sight of a beat-up man hanging suspended from the ceiling. “Oooh, s**t, no!” Hart, who’s supposed to be a legendary assassin, exclaims in terror.

Long story short, Hart sets off a case of mistaken identity when he shows up at the rental. The assumption is that he’s the deadly Man from Toronto. Law enforcement eventually arrives, thinking that they’ve bagged the legend. Eventually, they decide to use Hart’s bumbling cluelessness to their advantage. It’s in an effort, of course, to draw out the real Man from Toronto (don’t think about it too hard).

From there, Hart and Harrelson embark on the requisite hijinks together. The movie is less a paragon of cinematic artistry, as you might imagine, than sight gags of the “so stupid they’re funny” sort. If you’re in the right mood, watching Hart cavalierly wave a knife around in an attempt to look like a tough guy — but then accidentally slice a man’s face in the process — can send you into a fit of convulsive laughter.