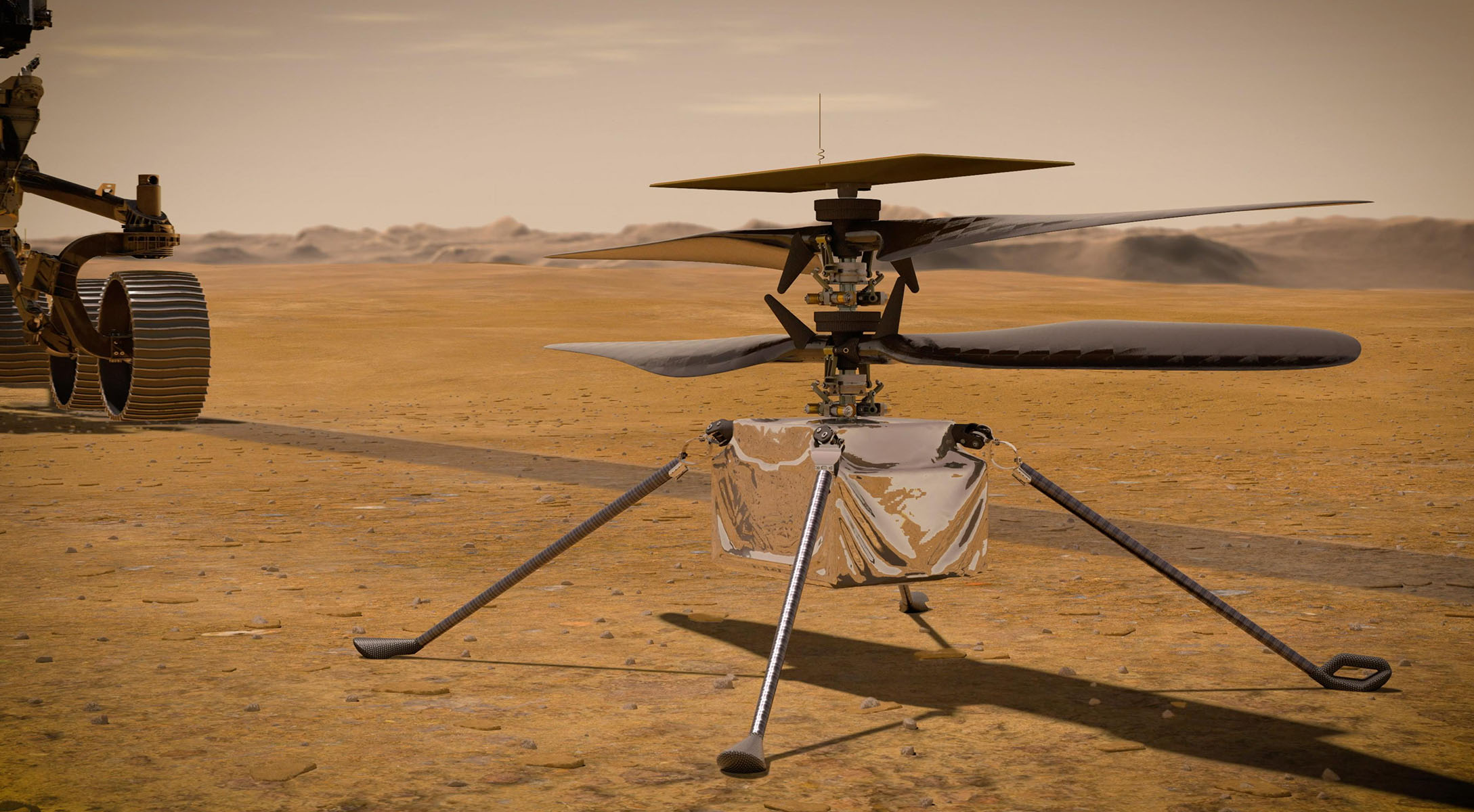 NASA has grounded Ingenuity. The space agency’s tiny Mars-based helicopter is now on an extended break in the Jezero crater.

The tiny helicopter has been breaking records since it arrived on the Red Planet back in 2021. In that time, it has proven that flight is possible on Mars, despite the thin atmosphere and lower gravity. But why exactly has NASA grounded Ingenuity? Is something wrong with Perseverance’s companion?

Not exactly, no. Ingenuity itself is in perfectly fine condition. However, it’s now winter on Mars, and that means the planet’s atmosphere has become increasingly dusty. The dust has been a terribly inconvenient factor in our study of the Martian surface. In fact, dust caused NASA to shut down the InSight lander after it covered the spacecraft’s solar panels.

One of NASA’s most important missions

While Ingenuity isn’t hunting for signs of life like the Perseverance and Curiosity rovers, it is still one of the space agency’s most important missions on the Red Planet. The entire point of sending Ingenuity to Mars was to prove that flight was possible on the planet. By doing so, NASA can plan for flight-based transport options in the future.

These kinds of transport options could be useful for moving around supplies and maybe even one day providing ways to travel for actual communities on Mars. Of course, we’ll need to see how NASA’s first manned mission to the planet goes in the 2030s. Grounding Ingenuity really isn’t that unexpected. Earlier this year, NASA lost contact with Ingenuity for a short time.

The connection was restored, thankfully, but losing the helicopter now would cut off any chance of collecting more flight data. Additionally, because Ingenuity keeps breaking new records, it gives NASA engineers a chance to push the hardware to its limits. That way, in the future, they can build even more resilient tech to explore the Martian surface.

With Ingenuity grounded, we’ll have to wait a while before the tiny helicopter starts breaking new records. Of course, with James Webb’s first photos now out there, we have plenty of other space-related content to look forward to.