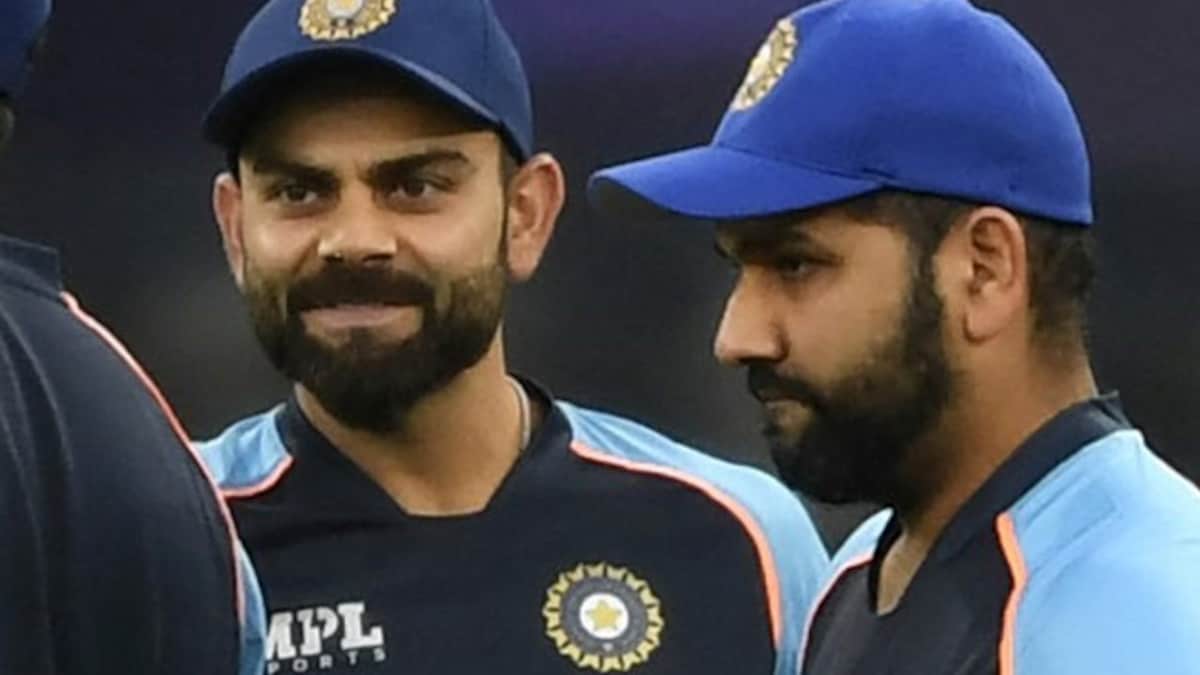 Two men at the peak of their careers and separated by a year. Supremely successful, insanely wealthy, and achievers in their own right with manic followers growing exponentially with each passing day. But 48 hours before Virat Kohli gears up to play his landmark 100th Test and Rohit Sharma walks out from the PCA Stadium pavilion in a navy blue India blazer for the first time, they simply looked like two men possessed and intensely focussed to make their milestone moment special. While social media went into a frenzy before BCCI allowed crowd for the momentous occasion, there were not even 10 people around when the Indian team bus entered the stadium premises on Wednesday.

Yes, there are billboards and cut-outs around the stadium but how many people will turn up on a warm Friday morning when India open a two-match series against Sri Lanka could be anybody’s guess — crowd allowed or not.

Inside the cauldron were two men– one aged 34, who has basically turned the corner in traditional format in such a whirlwind fashion that he has now become the undisputed leader of men, making a mockery of perceptions.

Rohit Sharma, in his own way, proved that perceptions are just that “perceptions”.

One could even imagine that wry smile for all those who thought that he is just another white-ball bully.

Within a few yards of him was a mega-star, who is best described as a Test cricket devotee. Ian Chappell recently urged Kohli to take the lead in saving Test cricket.

Not more than 20 odd people were witness to what an intense practice session looks like where the two stars took multiple turns to bat various nets — throwdowns, spinners, pacers, and net bowlers.

If Rohit would tuck Shami off his hips, Virat would bring the cover drive against Mohammed Siraj out of the closet.

They batted at different nets at different times. There was a delivery from Siraj that could have got any batter.

Pitched on length and moving enough to send Kohli’s off-stump for a walk. The stump cart-wheeled and pierced the back net. Kohli walked back and picked it up.

Suddenly the urgency in his stride increased and the next ball was hit for a cover drive.

Some 30 yards away, quietly watching the former skipper was his one time deputy. ‘Captain Sharma’ kept a hawk eye on the proceedings, having himself batted close to 45 minutes.

In between, he came out and twice was seen tonking rookie left-arm spinner Saurabh Kumar.

As Rohit was going through the paces, one saw a relaxed Kohli having a chat with batting coach Vikram Rathour and Ravindra Jadeja, sharing a hearty laugh, something that that told that he is absolutely relaxed and in a great mind space.

In between, he was seen watching Rohit leave some of Jasprit Bumrah’s balls and Mohammed Shami’s express deliveries outside the off-stump.

So, how is King Kohli shaping up before a Test match? Well, one would like to refer to Sunil Gavaskar’s often recalled statement of his playing days.

“When I didn’t bat well at the nets, I invariably ended up doing well in Tests,” and one would expect that all the dismissals that happened and the edges that flew off his bats remained confined to nets only.

For Rohit, his practice duration, including multiple sessions with throwdown experts and quality time against spinners, was an indication that he just doesn’t want to be a skipper in whites but a leader, who wants to show how it is done.

This is not just another Test for them.

Champions always want that stage where the world give them a standing ovation for their artistry.

Both have been their and done that.

And the relationship? Go back to the YouTube montage which has more than a million hits.

One where skipper Kohli is asked if Rohit Sharma can be dropped? “You want to drop Rohit Sharma? Pahle bata do yaar aise questions puchne wale ho,” the shake of head with disdain and smirk on his face had said it.

That was Kohli who could be intimidating in a split second.

Fans do not need to know if they are best friends or not but one can be assured that when it comes to performing for a common cause, they put their “best foot forward”.