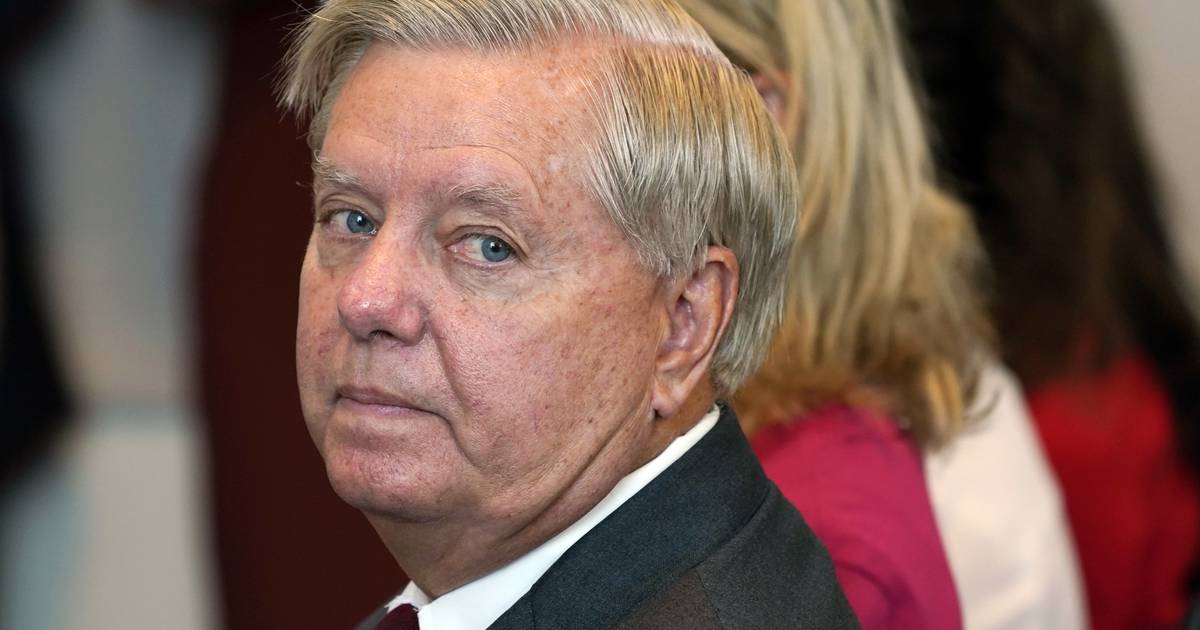 At the end of Sen. Lindsey Graham’s news conference recently proposing a national ban on abortions after 15 weeks of pregnancy, a woman named Ashbey Beasley stood up to speak.

“What would you say to somebody like me who found out [at 16 weeks] that their son had an anomaly that was incompatible with life?” she began. Beasley chose not to have an abortion, delivering her son at 28 weeks. “He lived for eight days,” she said. “He bled from every orifice of his body, but we were allowed to make that choice for him. You would be robbing that choice from those women. What would you say to someone like me?”

Graham had no real answer. His bill contains narrow exceptions for rape, incest and life-threatening pregnancies, but not for severe fetal anomalies or pregnancies that are otherwise nonviable, forcing those to be carried to term. So, faced with someone insisting that he consider the consequences of his proposal, he defaulted to a duplicitous anti-abortion talking point about global abortion laws.

“The world pretty much has spoken on this issue,” said Graham. “The developed world has said at this stage into the pregnancy the child feels pain, and we’re saying we’re going to join the rest of the world and not be like Iran.”

Graham was making an argument, common in anti-abortion circles, that U.S. abortion laws are unusually permissive, and that banning abortion at 12 or 15 weeks would bring us in line with Europe. “If we adopted my bill, our bill, we would be in the mainstream of most everybody else in the world,” said Graham. “I think there are 47 of the 50 European countries have a ban on abortion from 12 to 15 weeks.”

This is, at best, a highly selective reading of European abortion laws. It ignores the fact that, on most of the continent, abortion is state-subsidized and easily accessible early in pregnancy, so women aren’t pushed into later terminations as they struggle to raise money. More significantly, the restrictions on later abortions have broad exceptions.

A woman in Ashbey Beasley’s devastating situation would be able to end her pregnancy almost anywhere in Europe. Indeed, what Graham is proposing has little analogue in the developed world. Even Iran — where abortion is, despite Graham’s nonsensical reference to the country, mostly illegal — allows women to petition a panel to get an abortion in cases of severe fetal disability.

Why did Graham leave such an exception, which the vast majority of Americans would almost certainly support, out of his proposed abortion ban? There are two possibilities, which are not mutually exclusive. Either he was pandering to the anti-abortion activists who sent a letter to Congress demanding federal action against states with liberal abortion laws, or he simply hasn’t thought very much about what pregnancy entails.

Most people who have gone through a pregnancy, or watched someone close to them go through one, know that there are certain white-knuckle bench marks. At 10 weeks, you can get a blood test that checks for some prenatal genetic disorders, but it can tell you only your risk level. At 15 to 20 weeks, doctors can perform an amniocentesis to look for genetic abnormalities. And at 20 weeks, pregnant patients are typically offered an anatomy scan, which checks for problems like anencephaly, in which a fetus’ brain and skull fail to develop.

Graham would condemn every single woman who gets disastrous news from her amnio or her anatomy scan to carry a doomed pregnancy to term, unless she could prove that it was going to kill her. Whether thoughtless or deliberate, the cruelty of this is almost unfathomable.

Politically, Graham’s bill is a boon to Democrats. He seems to have been trying to shift the focus of the abortion debate to later abortions, where Republicans think they can paint their opponents as extremists. Instead, he has underlined Republican callousness toward the abortion patients likely to elicit the most public sympathy.

At the moment, Republicans don’t have the ability to impose such a regime on the entire country. Nor are many of them interested in talking about national bans; some Republicans were furious at Graham for thrusting the issue into the spotlight. But Graham was probably right when he said, “If we take back the House and the Senate, I can assure you we’ll have a vote on our bill.” So far, Republicans have tried their best to give the anti-abortion movement what it wants. When Graham tells us what they intend to do to us, we should listen.

Michelle Goldberg (Twitter: @michelleinbklyn) is a columnist for The New York Times, where a longer version of this piece originally appeared.