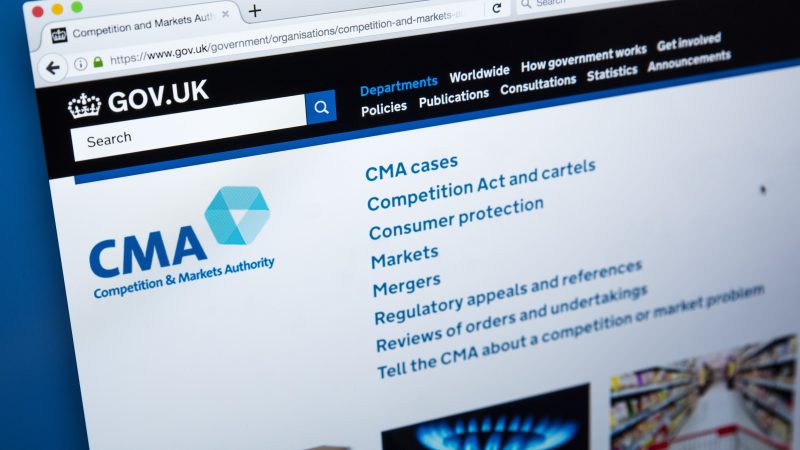 The UK’s Competition and Markets Authority (CMA) has fined Meta £1.5 million for failing to give the watchdog advance warning of the departure of high-level staff, something it had agreed to do under the terms of an earlier order related to its acquisition of Giphy.

The CMA issued Meta – formerly known as Facebook – with an initial enforcement order (IEO) in June 2020, at the start of its investigation into the company’s purchase of GIF platform Giphy, reportedly priced at $400 million.

As part of the IEO, Meta was required to inform the CMA of any “material changes” to the business. Changes to key staff were considered to fall under this category, and Meta was expected to seek consent from the authority in advance of any rehiring or redistribution of responsibilities.

Friday’s (4 February) fine comes after three US employees, each named on a list of key staff that Meta supplied the CMA with, left the company, which then reallocated their roles.

“We are disappointed by the CMA’s decision to fine us because of the voluntary departure of US-based employees”, a Meta spokesperson told EURACTIV. “We intend to pay the fine, but it is problematic that the CMA can take decisions that could directly impact the rights of our US employees protected under US law.”

Meta, the CMA said, also failed to inform the watchdog of staff changes multiple times throughout 2021, receiving a £500,000 penalty for having changed its chief compliance officer twice without prior consent.

The company was hit with a £50.5 million fine in October for breaching the IEO by limiting the scope of the compliance reports it was required to publish as part of it. The CMA said at the time that the violation had “fundamentally undermined its ability to prevent, monitor and put right any issues.”

In November, the CMA concluded its investigation and instructed Meta to sell Giphy, after ruling that the acquisition would threaten competition between social media platforms and in the UK advertising sector. The decision marked the first time the CMA had blocked a major digital acquisition, a significant step up in its regulatory scrutiny of big tech.

Facebook owner Meta has been told by the UK competition watchdog to sell popular animated images platform Giphy in Britain’s first such move against so-called Big Tech in its efforts to bolster regulation of the sector.
The Competition and Markets Authority …

Meta said the CMA had not adequately assessed the alternative solutions it had offered and that the authority’s decision, against which it has since launched an appeal, was “procedurally flawed”.

“Initial enforcement orders are an integral part of our mergers toolkit and ensure the CMA is able to take effective action if we find competition concerns”, Joel Bamford, the CMA’s senior director of mergers said, with reference to the latest fine.

“Breaches like this one threaten our ability to maintain the benefits of competition for people using these products and services.”

The fine comes at the end of a difficult week for Meta, which suffered a historic single-day loss on Wednesday. Following the revelation that Facebook’s global daily active users had declined in the fourth quarter of 2021, shares in the company dropped by more than 20%, wiping more than $230 billion off the company’s stock market value.