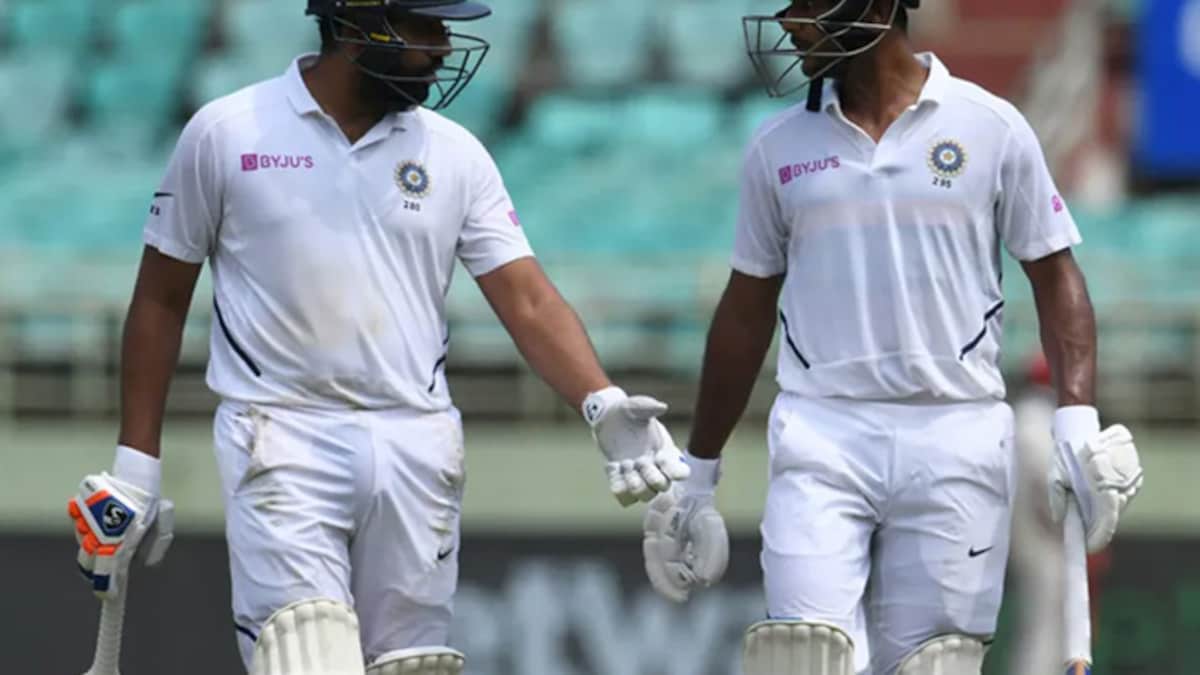 File image of Rohit Sharma and Mayank Agarwal together.© BCCI

Opener Mayank Agarwal has been called up to join the Indian squad in the UK as cover for skipper Rohit Sharma, who has been rendered doubtful for the Edgbaston Test against England after testing positive for COVID-19. Rohit competed on the first day of the drawn warm-up game against Leicestershire before being placed under isolation. He had tested positive in a Rapid Antigen Test (RAT). The 31-year-old Agarwal had missed out on making the 15-man squad for the game, starting July 1, but an opportunity has come his way as KL Rahul got injured just ahead of the South Africa series and now Rohit has contracted infection.

“Mayank is flying today as a cover for Rohit and if need be will be available for the Test match as UK Covid protocols don’t require any quarantine period on landing if RT PCR test is negative,” a BCCI source told PTI.

The fifth Test against England is from last year’s incomplete series which got spilled to this season due to an outbreak of COVID-19 in the Indian camp.

India are leading the series 2-1.

Agarwal has featured in 21 Tests so far, scoring 1488 runs at an average of 41.33. He last played five-day format against Sri Lanka in March at home.

He also fared poorly while leading Punjab Kings in the Indian Premier League, scoring 196 runs in 13 games. His team finished sixth in the 10-team League.