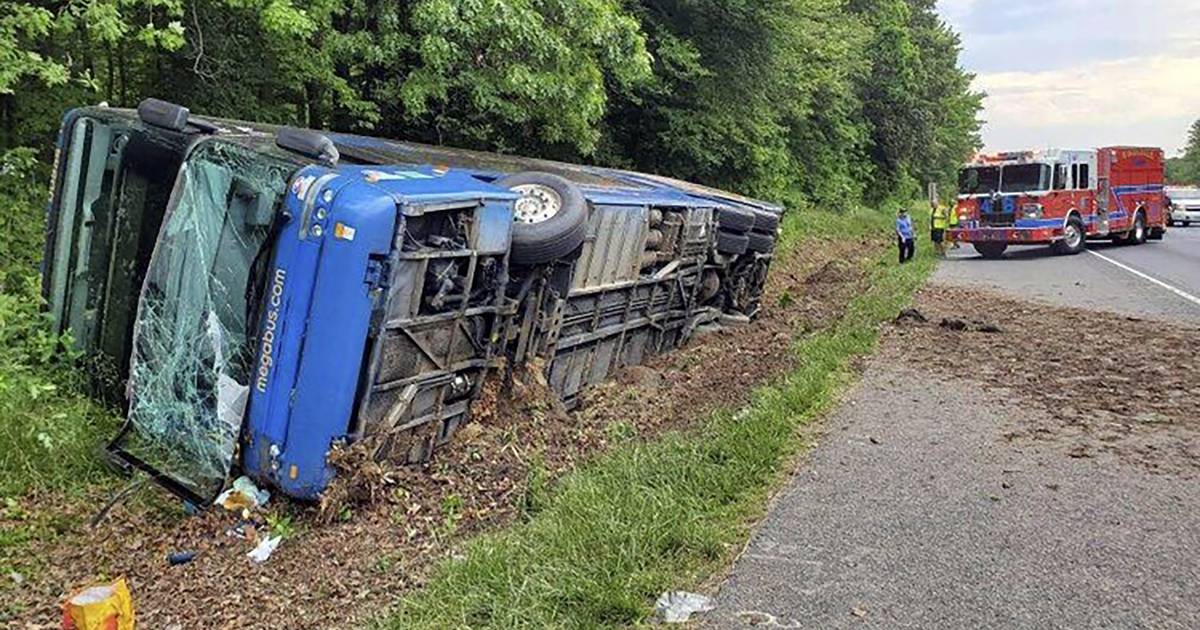 Maryland State Police continues its investigation into how a Megabus rolled over on I-95 South Sunday morning, inflicting minor accidents to 27 passengers.

The bus was touring in the correct lane of the freeway when the bus driver swerved off the freeway to keep away from hanging one other automobile, police mentioned. The driver then misplaced management of the bus, and it overturned simply earlier than 7 a.m. in Kingsville close to Bradshaw and Raphel roads.

Forty-seven folks had been touring on the bus, and 27 folks had been injured within the accident. Fifteen folks had been taken to the hospital for his or her accidents. Fire departments and emergency medical providers from Baltimore and Harford Counties responded to the scene after the crash.

Maryland State Police mentioned Monday that impaired or distracted driving usually are not components within the crash. No legal fees have been filed associated to the accident, and no deaths occurred. The crash stays below investigation, police mentioned.