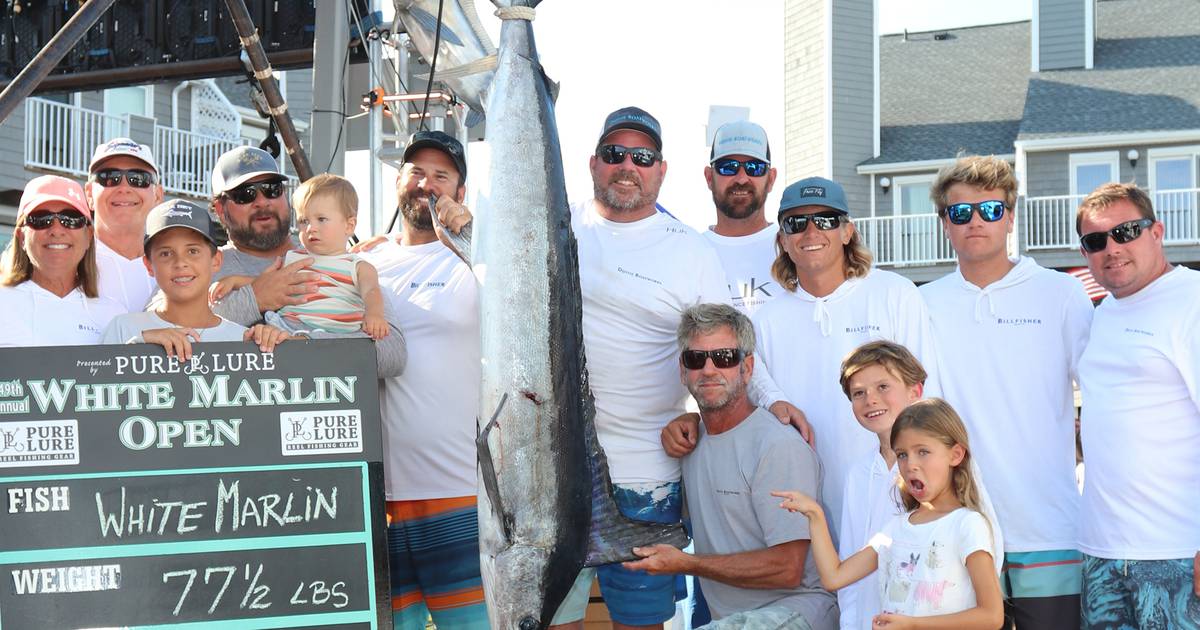 Jeremy Duffie of Bethesda took home more than $4.5 million at the White Marlin Open in Ocean City last week on board the “Billfisher,” setting a new world record for prize winnings.

Duffie netted his 77.5-pound white marlin on Friday at 6:20 p.m., on the final day of the competition, supplanting Texas angler Keeley Megarity, who had caught a 71.5-pound marlin Thursday, organizers said in a news release. Megarity’s boat, the “C Student,” still took home close to $200,000 for the second-place catch.

Last year’s top marlin was caught by Ocean City boat “Sushi,” which also took in the winning fish on the tournament’s last day and came away with a then-record $3.2 million in winnings, according to a news release.

Organizers said that fewer billfish were caught in this year’s White Marlin Open than in past years. In 2019, anglers caught 1,504 billfish, while this year, boats caught 155 white marlin, releasing 151, and 59 blue marlin, with 58 released.