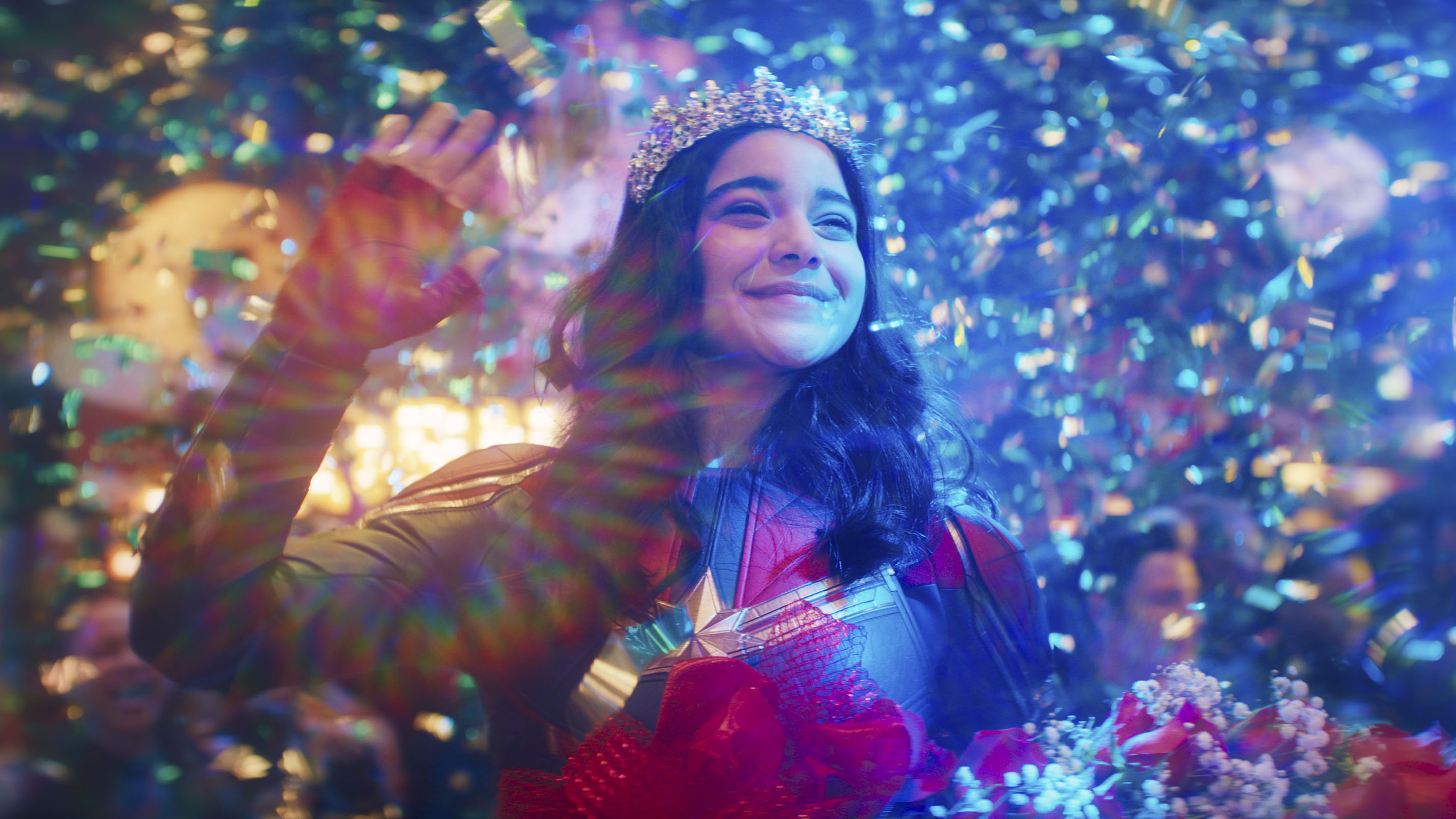 The Ms. Marvel finale is now streaming on Disney Plus, bringing the show to a close in an amazing way. Episode 6 delivers a massive revelation about Kamala Khan (Iman Vellani), which will be incredibly important to the future of the MCU. But the Ms. Marvel finale also features a brilliant cameo in the post-credits scene.

That scene might have puzzled fans of the comics. But the cameo is the real deal, and it’s all according to Marvel. Before we can explain, you should know that big Ms. Marvel finale spoilers will follow below.

The cameo in the Ms. Marvel finale post-credits

Ms. Marvel episode 1 had a surprising post-credits scene — an unusual event for an MCU TV show. And the scene delivered a cameo surprise — a character we first met in Spider-Man: No Way Home — of Agent Cleary (Arian Moayed).

While we didn’t expect a post-credits scene for the first episode, the finale certainly needed one. Because Ms. Marvel has to connect to the rest of the MCU, especially to The Marvels, which premiers next summer.

The finale post-credits scene gave us the Captain Marvel cameo that Ms. Marvel needed. Brie Larson appears in full battle gear, finding herself in Kamala’s room. She’s shocked to be there, and we have no idea where Kamala went. Presumably, they swapped places. And the post-credits scene will serve as a bridge to The Marvels.

Marvel fans might have wondered whether Kamala transformed into Captain Marvel or whether that’s Carol Danvers. Now we have a clear answer.

First, Marvel explains on its website that Captain Marvel shows up in the scene:

Sometime later, Kamala collapses on her bed, with her mother calling from downstairs that it doesn’t sound like she’s doing science homework. Kamala groans, and that’s when she notices the bangle on her wrist is illuminating. As she gets up to take a better look at it, she’s suddenly sucked away via some unknown force which in the process destroys her closet door. When the dust settles, Captain Marvel stands up and takes one look around Kamala’s room and all the pictures, posters, and images of her plastered on the walls. Oh no.

If that’s not enough, you’ll want to check out Variety’s interview with Bisha K. Ali, the showrunner of Ms. Marvel. That’s where Ali makes it crystal clear that Captain Marvel shows up in the finale’s post-credits:

Variety: Also, there’s the post-credits scene in which Kamala kind of turns into Carol Danvers…

Variety: Ah, I mean, like, Kamala switches places with Carol — is that more accurate?

Ali: Correct. It’s an important distinction, just because in the comic books, that’s something that [Kamala] does — she can change the way she looks and she looks like Carol Danvers in Issue 1 of the comic book. She’s not turning into Carol [on the show]. That’s Carol Danvers standing in Kamala’s bedroom.

On top of that, Entertainment Weekly provides an early secret from The Marvels. The Ms. Marvel finale post-credits cameo scene was shot during The Marvels.

That’s according to Bilall Fallah, who directed the finale:

That [post-credits scene] was actually shot by Nia DaCosta while she was doing them. She was already shooting with Brie Larson and Iman. It’s kind of the same thing: She didn’t know when she shot it that it would necessarily be used for our tag.

We didn’t know about the tag either until we saw the final color grading of the last episode. All of a sudden, after the credits, we’re like, ‘Oh, what is this?’ That’s the genius way that Marvel keeps everything separate. They have a plan, but they don’t tell you what it is. They’re like, ‘Don’t worry about it. You’ll see.’

All we have to do now is wait for July 28th, 2023. That’s when we’ll see Ms. Marvel and Captain Marvel actually meet in The Marvels.