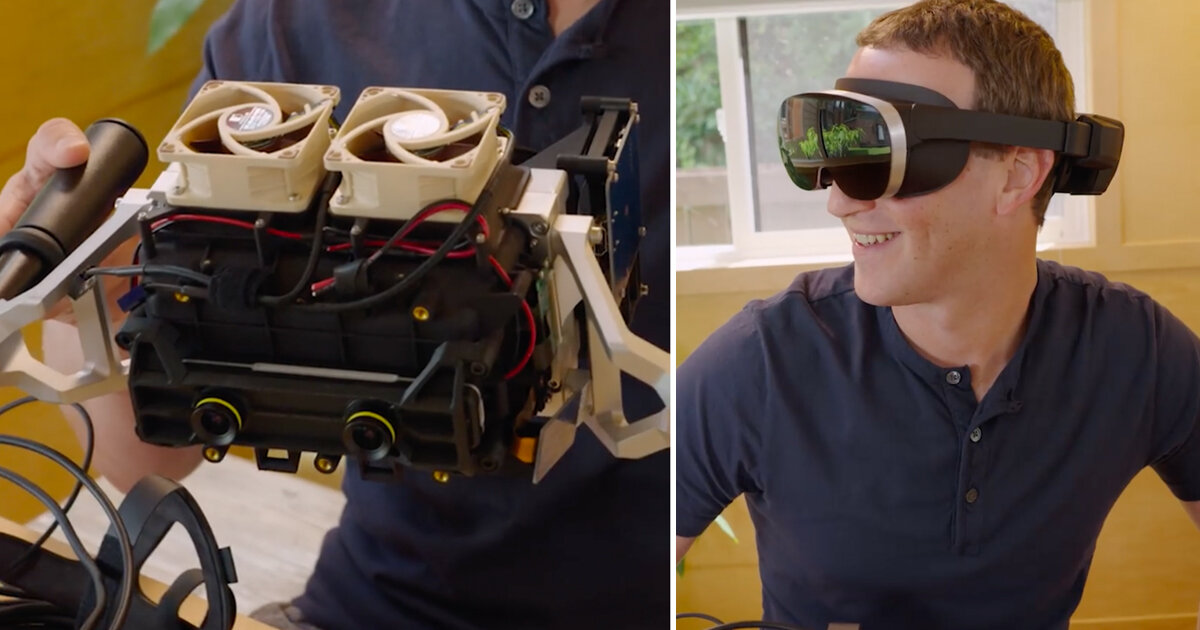 Meta CEO Mark Zuckerberg took to social media recently to showcase a series of virtual reality headsets that the tech giant is developing under its Reality Labs division. During a one and a half minute video posted to Facebook and Instagram, Zuckerberg introduced four different VR headsets codenamed Butterscotch, Half Dome, Starburst, and Holocake 2. Developed purely for research purposes, the prototypes mark the next step in the company’s mission to make the metaverse experience as ‘vivid and realistic as possible’.

The first prototype revealed by Zuckerberg is Butterscotch, which solves issues of retinal resolution by offering up to 60 pixels per degree and allowing users to comfortably read the smallest letters on a virtual eye chart. Next up is the Half Dome prototype, which gives users the ability to focus on objects up close to them as well as ones that are far away.

With retinal resolution and multiple focal depths in the bag, the third prototype, Starburst, has been developed to recreate the same vivid colors that are present in nature. Zuckerberg says Starburst is the first high dynamic range VR system that they know of.

The final step is to get all this tech into a small and lightweight design that’s comfortable to wear. That’s where the fourth prototype Holocake 2 comes in. While Zuckerberg says there’s a long way to go, Meta’s goal is to develop a device containing all these technologies that is ‘lighter and thinner than anything that currently exists’.

‘There’s still a long way to go, but I’m excited to bring all this tech to our products in the coming years,’ hints Zuckerberg.

The show and tell was part of a virtual roundtable presented to the media last week by Zuckerberg and Meta Reality Labs chief scientist Michael Abrash: