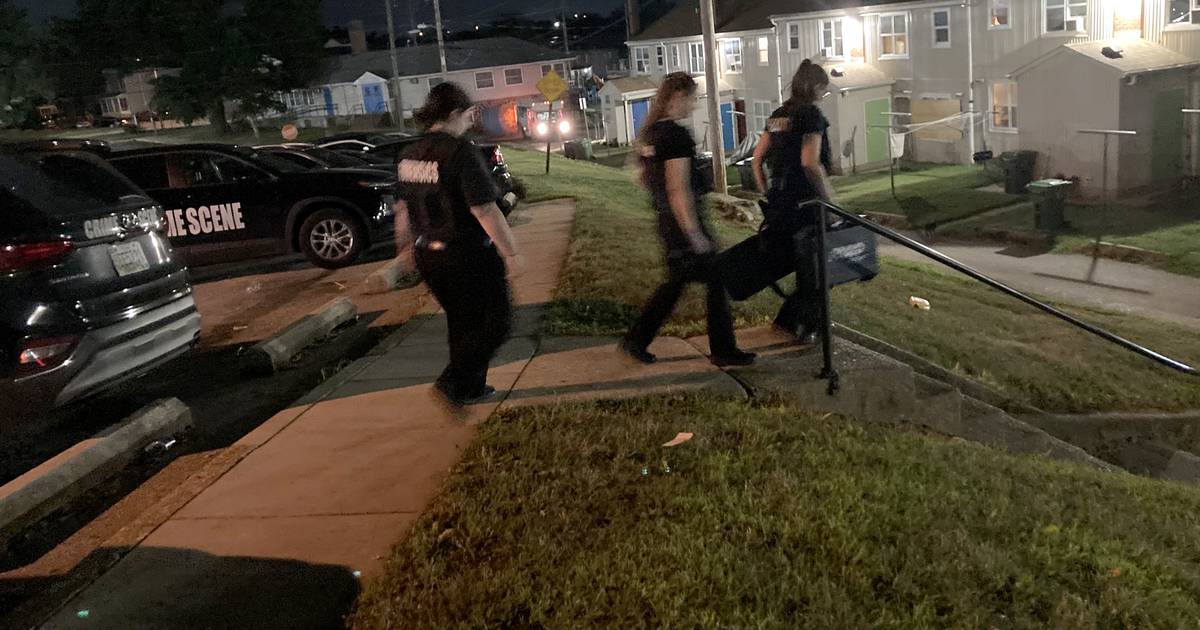 Baltimore Police said in a news release that they were called to the 2400 block of Kermit Court in Westport at 9:24 p.m. for a shooting.

When they arrived, they found a 27-year-old suffering from gunshot wounds to his head. The man was taken to Shock Trauma where he later died, police said.

As forensics teams examined evidence Monday night, a Chihuahua darted back and forth under the crime tape that cordoned off one yard. The block consists of rows of homes made of corrugated siding and brick with tidy green lawns, part of the Westport Homes housing complex.

Homicide detectives are asking anyone with information to call 410-396-2100 or call Metro Crime Stoppers at 1-866-7LOCKUP.