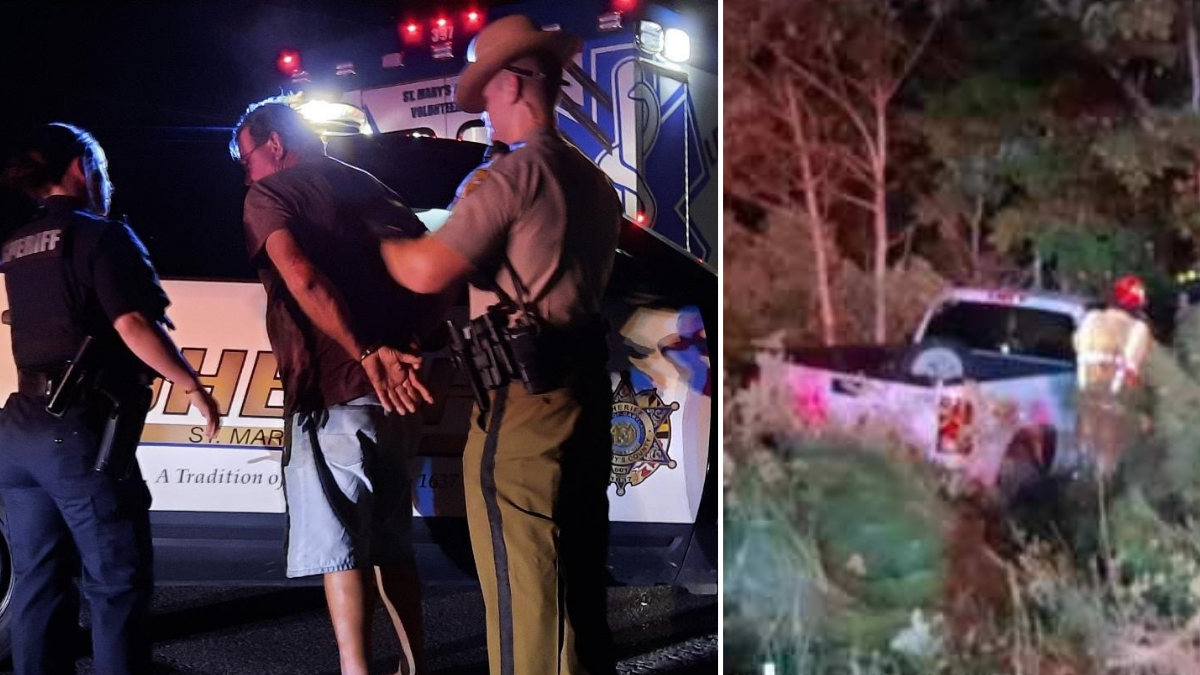 LEXINGTON PARK, Md. — We are receiving reports this evening that one man is being arrested and charged after crashing his vehicle into the woods.

At approximately 8:45 p.m. on September 9, first responders were called to the 17000 block of Three Notch Road, in the area of Trapp Road, for a reported single vehicle that had gone off the roadway.

Crews arrived and located the vehicle, a white pickup truck, off in the trees just off the roadway.

First responders would make contact with the driver of the vehicle, a white male (pictured above), who appeared to have minor injuries and who was potentially under the influence.

After being checked by EMS on the scene, a refusal of care was signed by the patient.

The man reportedly declined taking a sobriety test, and was arrested on the suspicion of driving while under the influence.

This is a developing story. We will continue to provide additional details as they are made available.