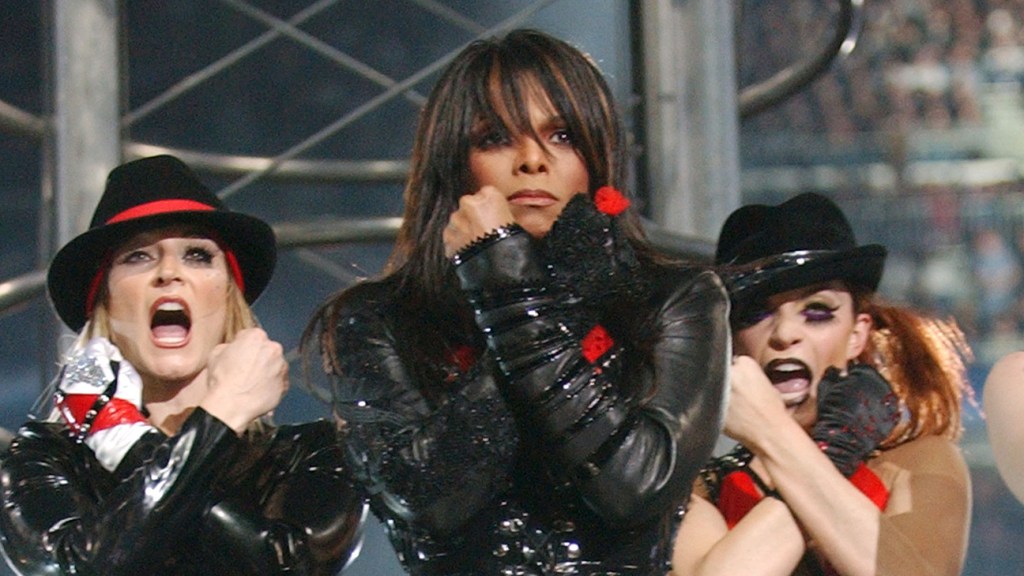 “I’m really grateful we’ve arrived at this moment of a cultural reckoning and a reevaluation of what happened,” says Jenna Wortham, a culture writer for The New York Times, at one point during Malfunction: The Dressing Down of Janet Jackson. “But we should never forget what they did to Janet. We should never forget that outrage. What was the cost for this woman? And was it worth it?”

The latest chapter in The New York Times Presents… FX on Hulu series attempts to answer this, framed within the context of the racism, sexism and eventual ageism the singer endured not just in the wake of the controversial moment during the 2004 Super Bowl halftime show but throughout Jackson’s professional career.

“The pressure on her had to be significant,” notes Cathy Hughes, founder and chairperson of Urban One Inc., of Jackson’s career. “White executives always start from the premise of what is acceptable to their white audience.”

The hour-long doc addresses various issues surrounding the infamous 2004 Super Bowl halftime show “wardrobe malfunction,” including the conservative cultural and political backlash, FCC investigation and fines and the widespread media reaction. Nearly two decades after the event, each new “act” peels back another layer of the punishing response to the music powerhouse and Black female trailblazer for what happened on the NRG Stadium Stage.

Included are claims that former CBS chairman and CEO Les Moonves wanted formal in-person apologies from Jackson and Justin Timberlake after making promises to NFL officials that the halftime show would be family-friendly. According to the doc, this was to occur during their separate appearances at that year’s Grammys, scheduled just a week after the Super Bowl event.

While media implied that Jackson had been uninvited to perform at the show, former vp of communications for the Recording Academy, Ron Roecker, states that the Grammys never did such a thing and that Jackson backed out.

“It just felt like another request for something that was an accident, something that just felt didn’t need to be laid completely on her,” Matt Serlic, former C.E.O Virgin Records, says. “So she didn’t do it, and good for her.”

As a result of her absence from the ceremony, Moonves — who in 2018 was fired following allegations of sexual harassment and sexual assault made against him — deemed Jackson’s response “insufficient,” according to New York Times reporter Rachel Abrams. He also allegedly asked fellow executives if he could make Jackson pay the FCC fines that followed the congressional investigation of the televised event.

“More than anything else, Moonves felt that he had been publicly embarrassed,” she says

The one-hour documentary also notably reveals details about the lead-up and immediate aftermath of the Feb. 1, 2004 event from people who were there. That includes commentary from former MTV vice president Salli Frattini, director of NFL special events Jim Steeg and Paul Tagliabue, NFL commissioner from 1989 to 2006, who share their accounting of the controversy.

The doc zeros in on what was known and decided on performance-wise before the live Super Bowl show through both rehearsals and communications among executives, show producers and musicians P. Diddy, Kid Rock, Nelly, Jackson and Timberlake. That includes one pitched show element — a sequence involving Jackson, a tear-away skirt and a full jumpsuit underneath it — that was rejected because it “just didn’t work” staging-wise.

“The NFL gave me notes, CBS gave me notes. And we all ultimately agreed we would not do that. And [Jackson] was agreeable to it,” says Frattini.

But the former MTV executive and several of the documentary’s featured NFL executives also say there were multiple concerns ahead of the performance following dress rehearsals. Steeg specifically cites a two-page memo regarding “things that needed to be changed,” including lyrics from P. Diddy and Nelly, as well as Kid Rock’s desire to wear an American flag.

Continuing with its emphasis on what was known ahead of the event, Malfunction addresses reported wardrobe adjustments after the show’s final dress rehearsal. Through this, it eventually narrows on Timberlake’s role in the halftime event. The hour-long look focuses explicitly on a “small conversation that lasted minutes,” according to Frattini, between Timberlake and Jackson’s stylist in her dressing room right before the show.

But it also examines Timberlake’s behavior ahead of, during and after the controversy, featuring several clips of the former N’SYNC member making objectifying comments about Jackson in the lead-up and aftermath of the Super Bowl event and illustrating how his career took off as Jackson’s came to a screeching halt. According to the doc, Timberlake’s after-show responses coincided with reports from a Super Bowl stage manager that Jackson — who Frattini says was on a plane back to L.A. before producers could even talk to her — was crying as she exited the stage.

The doc doesn’t offer any clear conclusion on what Jackson was feeling in that moment or whether it was a planned performance element — the singer declined to comment, as did Timberlake and Moonves. But it does re-raise questions around whether she knew what was going to happen and why she wasn’t available to respond.

The doc also leaves unclear whether Jackson was ever knowingly and actively blacklisted following the performance. It does, however, document the ways various companies and industries, including Disney, Virgin and the team behind a Lena Horne documentary, withdrew support and public association with the singer following the event. Chief legal officer for Clear Channel, Andy Levin, denied a potential coordinated effort by the national company’s then 1200-strong web of local stations to tank Jackson’s newly released album Damita Jo following the controversy.

“All of the programming decisions were made locally, so there couldn’t have been a system-wide blacklist,” he says. “Now, if there was a blacklist locally, in Salt Lake City for example, because the program manager there knew his audience was offended by what Janet did on Super Bowl Sunday, that’s entirely conceivable.”

Though there’s no appearance or comment from Jackson herself, several of her family members — including brother Tito Jackson — weigh in on the backlash that dramatically impacted the hit singer’s career.

“I don’t know if blacklist is the word that they tried to do to my sister, but it sure seemed like they were trying to diminish her career,” he says.

Taj Jackson, Janet’s nephew and member of T3 agrees, calling it “sabotage.” “To me, when you’re behind the scenes influencing another artist’s career, you can call it whatever you want, but her career suffered because someone whose ego was hurt.”