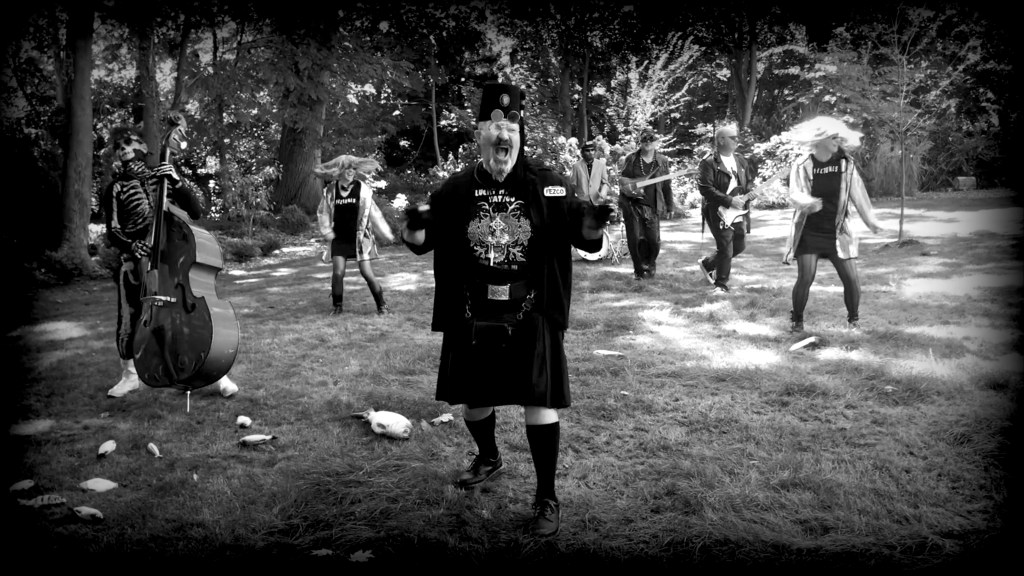 You can count on the Boston scene to come together when there’s a good cause to help out, and a good party to be thrown. This week’s Ukrainian benefit extravaganza, at the Magic Room in Norwood (norwoodspacecenter.com), should be a bit of both.

“It goes with the turf around here — we’re a community and we do the right thing,” said Michael “Smitty” Smith, a gregarious type who put the two-night event together.

“How can you not be moved by what’s going on there, seeing those people do everything they can to fight the good fight? It just has to inspire you as a human being. Literally days after Russia attacked, I was on the phone with Dez (Magic Room owner Bill Desmond) and saying ‘I have no idea what this would look like, but we’ve gotta do something.’ ”

The only trouble was that he picked a weekend when half the bands on his hit list already had gigs.

“You name ’em, I asked ’em — and most of them were already playing the weekend before or after. Just by luck we were able to find a bunch that were available.”

In fact he pulled together an impressive lineup for the two shows, bringing together many of Boston’s favorite sounds: melodic power pop (Field Day, Lonely Leesa & the Lost Cowboys), surf (Tsunami of Sound), raw garagey rock (Baabes), glam (Gene Dante & the Future Starlets) and moody alt-rock (Cold Expectations). The classic Rat-era band the Dogmatics will headline the first night, Smith’s own band Smitt E. Smitty & the Feztones will close the second. If you’ve never seen the latter, be prepared for serious fun.

“You’d think I’d have a description of my own band by now,” he said. “But the truth is that I am a gentleman of a certain age, and I’ve been fortunate enough to experience the arc of rock and roll — I was sitting in front of my TV when the Beatles were on Ed Sullivan, and then I was off to the races.

“So the gamut of bands who’ve influenced me is huge — a little Detroit rock and a little Boston, a little Cramps and Devo. People who see the band always say, ‘You look like you’re having a good time up there’. And I say ‘Great, because we are.’ ”

Smith says he’s been surprised to learn how many of his musical friends have Ukrainian blood. One of them is Cold Expectations frontman Steve Prygoda, who performs on Friday.

“A lot of people don’t know this, but I’m half Ukrainian on my mother’s side. So when the insurgency happened it struck close to home, and I started investigating ancestry sites from that perspective. So I have a personal interest there, but I’ve always wanted to do a show with Smitty, because JoEllen is also a Feztone. He’s always wanted to get the family together as it were.”

Prygoda and his partner, singer/bassist JoEllen Yannis, have guided Cold Expectations through a few incarnations; for a time they were country-based and included a steel guitarist, Bob Metzger, who’d played for years with Leonard Cohen. Currently they’re down to a trio with a different sound: “No twang, more jangle. Its evolved to more of a dark jangle pop, which were my sweet spot to begin with.”

And his inspiration as a songwriter these days? “Coming up with new sounds, incorporating the synthesizer into more tracks — and keeping the boredom away is the honest answer. If I didn’t have a band I’d be bored out of my skull.”