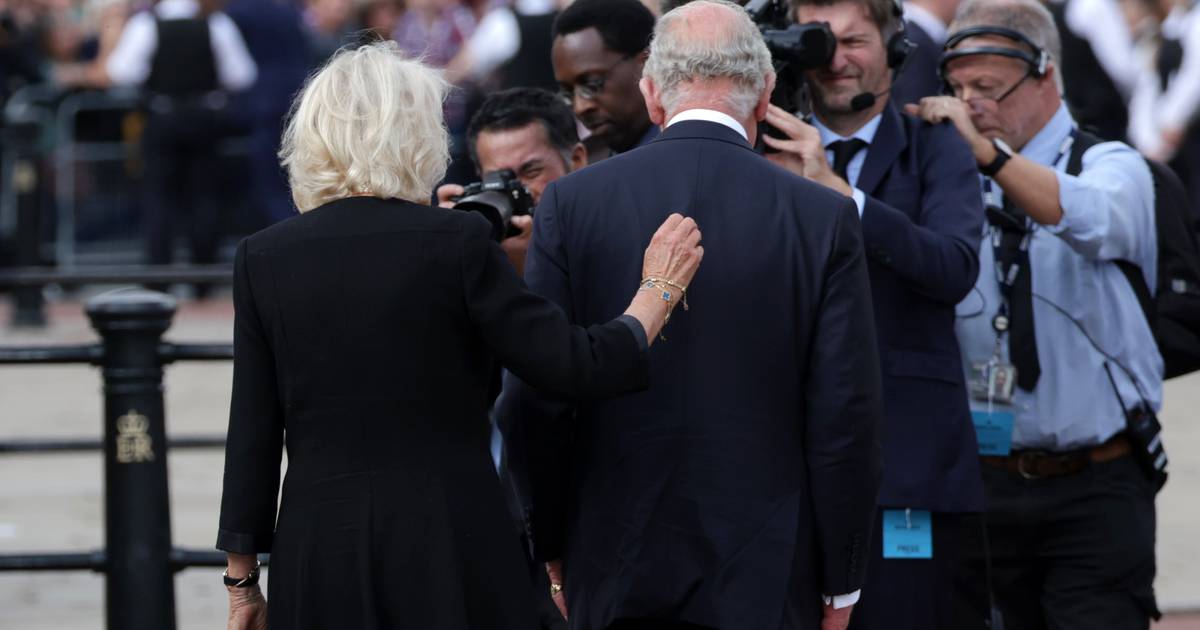 In his televised address on Friday, King Charles III chimed with the popular mood when he spoke about the grief he shared with the British people following his mother’s death. In common with politicians and world leaders, he praised her public service and her sense of duty but he ended with a much more personal tribute.

“To my darling Mama, as you begin your last great journey to join my dear late Papa, I want simply to say this: thank you. Thank you for your love and devotion to our family and to the family of nations you have served so diligently all these years. May ‘flights of Angels sing thee to thy rest’,” he said.

Those are the words most likely to be remembered and to form the basis of newspaper headlines on Saturday. They convey a similar message to the image of the king shaking hands with well-wishers outside Buckingham Palace — that of a monarch and his subjects united in their grief.

King Charles’s message was much more than a tribute to his mother, however. It was a promise of lifelong service that echoed her famous speech when she was 21 and a pledge to serve the same function as a figure of unity and constancy.

He acknowledged that his life will now change and that he must step back from the charities and causes he championed throughout his life, such as conservation, alternative therapies and opposition to modern architecture. He suggested that his son William, who is now Prince of Wales, would be free to speak his mind more openly in that role.

“With Catherine beside him, our new Prince and Princess of Wales will, I know, continue to inspire and lead our national conversations, helping to bring the marginal to the centre ground where vital help can be given,” he said.

At the heart of the message was a reassurance that he would not try to reshape the role of the monarchy or to detach it from some of its traditional bonds, such as that with the Church of England. There has long been speculation that at his coronation he would not describe himself as the Defender of the Faith but as the defender of all faiths.

“Our values have remained, and must remain, constant. The role and the duties of Monarchy also remain, as does the Sovereign’s particular relationship and responsibility towards the Church of England — the Church in which my own faith is so deeply rooted,” he said.

The words of the national anthem have changed to God Save the King, senior barristers who were QCs are now KCs and the king’s head will soon replace his mother on coins, banknotes and postage stamps. If his televised address is a guide, that will be quite enough change for King Charles III.