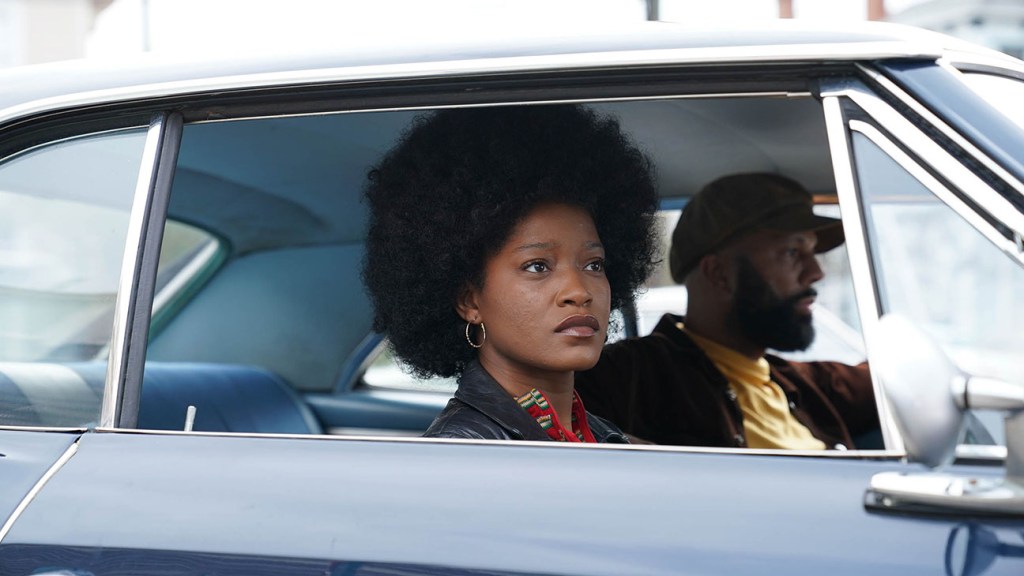 “Doing the right thing is never wrong,” Keke Palmer says in the first official trailer for her upcoming film Alice.

The film, which marks Krystin Ver Linden’s directorial debut, premiered at the Sundance Film Festival in the U.S. Dramatic Competition Section. Palmer stars as Alice, an enslaved woman in 1800s Georgia who, after escaping her plantation, learns that it’s actually 1973.

The two-minute trailer opens with a glimpse of the enslaved life Palmer’s Alice lives before escaping. She later meets political activist Frank, played by Common, who helps her as she reclaims her life with her newfound freedom. However, Alice still hopes to seek revenge despite a warning from Frank that returning to the home of the man who enslaved her (Jonny Lee Miller) would be a “death certificate.”

After calling the man, Alice warns, “It’s the woman you used to ‘own.’ You watched us get tormented. It’s my turn now.”

“I’m not that scared and that should scare you,” she later tells him when face-to-face.

Alice is inspired by true events of Black Americans who remained enslaved after the Emancipation Proclamation. In an interview with The Hollywood Reporter, Palmer, who also executive produced, described the film as “an ode to the Blaxpoitation era” and said joining the film was “a way to express my activism, my pride in my community and the ways in which I want to encourage my community, especially when referencing the past.”

Alice will release in theaters March 18 via Roadside Attractions.