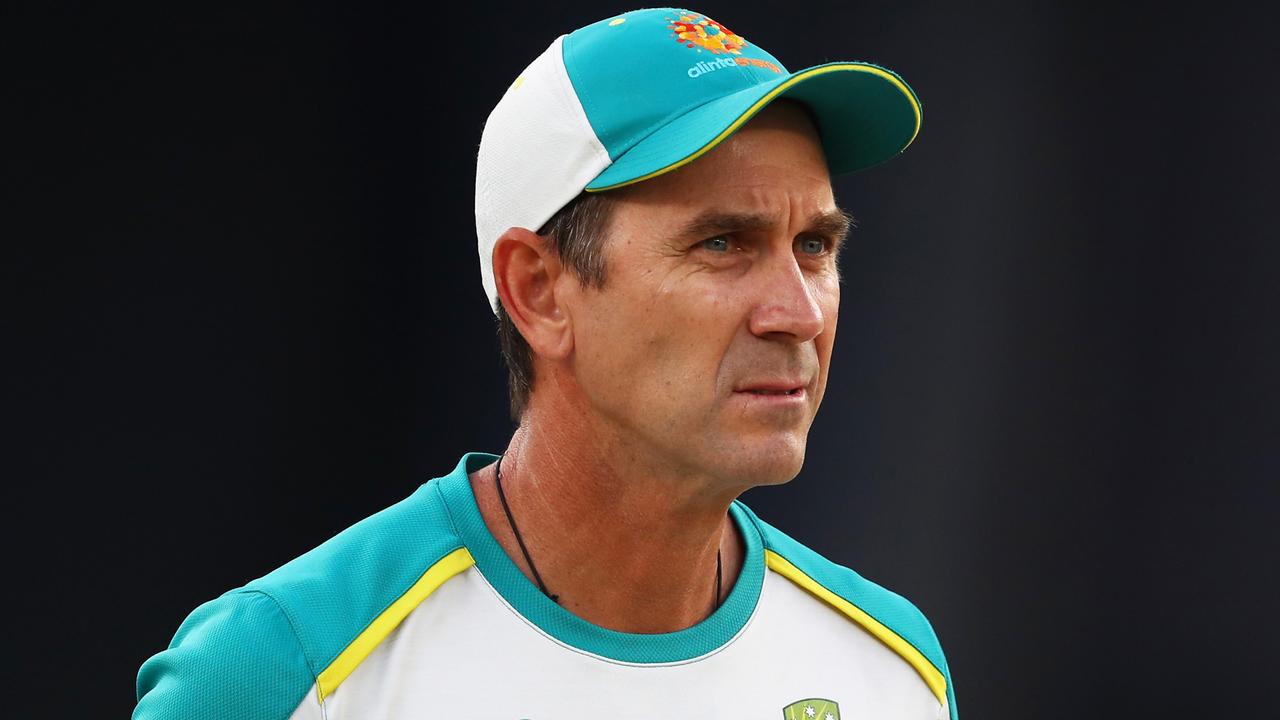 Justin Langer has spoken publicly about his decision to quit as former players lined up to condemn how his coaching tenure has ended.

Justin Langer has thanked his supporters in a LinkedIn post after resigning as coach of the Australian men’s cricket team on the weekend.

After much speculation about his future amid reports of a rift with players, Langer stepped down despite having five months left to run on his four-year contract.

Cricket Australia offered Langer a six-month extension — that would have seen him remain in charge for the T20 World Cup at the end of 2022 — but was told there would be no option to stay on beyond that.

Langer declined the extension and instead decided to walk away immediately. He has headed back to Perth, where he will complete two weeks in quarantine before spending time with his family, who he hasn’t seen in months.

“Thank you for everyone’s well wishers (sic) I have been overwhelmed by the support. Now to start the next chapter of my life, wherever that may take me,” Langer wrote in a LinkedIn post on Sunday night that included the full resignation letter he sent to CA.

“Rather than reply to all, please see my statement that went public today. Thanks again. JL.

“For now, I have another two weeks in quarantine in Perth before I can re-unite with my family. In that time, I will reflect on the past and work out what the next chapter of my life may look like.”

Australian cricket greats including Ricky Ponting, Damien Martyn, Adam Gilchrist and Matthew Hayden have slammed the way Langer has been treated by CA, while Mitchell Johnson took aim at new Test captain Pat Cummins and accused him of being “gutless”.

Cummins repeatedly refused to weigh in on whether he wanted Langer to continue as coach, ducking questions and choosing not to publicly endorse the 51-year-old.

On Sunday The Australian revealed Langer’s resignation letter to CA, in which he apologised if he “came across as too intense at times”.

One of the main criticism of Langer from within the dressing room concerned his mood swings and volatility.

CA chief executive Nick Hockley said he was disappointed Langer chose not to accept a six-month contract extension as he suggested the time was right for a period of transition, which is why the former coach wasn’t offered a longer deal despite winning the T20 World Cup and Ashes in recent months.

It is said that in any venture, if you leave things in a better place that when you started then you have done your job. Whilst it is not up to me to judge, I hope Australian’s respect what has been achieved over the last four years in Australian cricket. From day one I believed it was possible to both win and play the game in the spirit that is now expected from our supporters. For the last four years it has been proven this can be achieved and I am very proud of the team for their efforts on and off the cricket field. I hope we have made Australians proud and earned respect from countries around the world.

There has been a great deal of media speculation on my future as the Australian Men’s cricket coach over the last 12 months and this has taken an enormous toll on my family. I hope through this time, and throughout my tenure, I have held myself with integrity and dignity.

On Friday night, I was offered a short-term contract until the end of the T20 World Cup in Australia, with the sentiment of “going out on a high”.

After careful consideration I have decided not to accept this contract renewal, and as a result I believe it is in everyone’s best interests for the Australian cricket team to begin the next chapter immediately.

If media reports are correct, several senior players and a couple of support staff don’t support me moving forward, and it is now apparent the CA Board and CEO, Nick Hockley, are also keen to see the team move in another direction. I respect that decision.

My life has been built on values of honesty, respect, trust, truth, and performance and if that comes across as “too intense” at times, I apologise.

In terms of “going out on a high”, I am blessed to have been a part of a T20 World Cup winning squad, an Ashes winning squad, watched the Test team rise to #1 ranked team in the world today, been selected as the Wisden Coach of the Year and been elevated to the Australian cricket Hall of Fame; all this in the last six months. I am grateful that I today leave the team on a high.

Australian cricket means the world to me. It has since I was a kid, and I am grateful for the opportunity to play for, and coach our national team. I am thankful to the Board for the opportunity, and I will take with me many cherished memories and friendships from the last four years. Hopefully a good job has been done and I wish the team every success for the future.