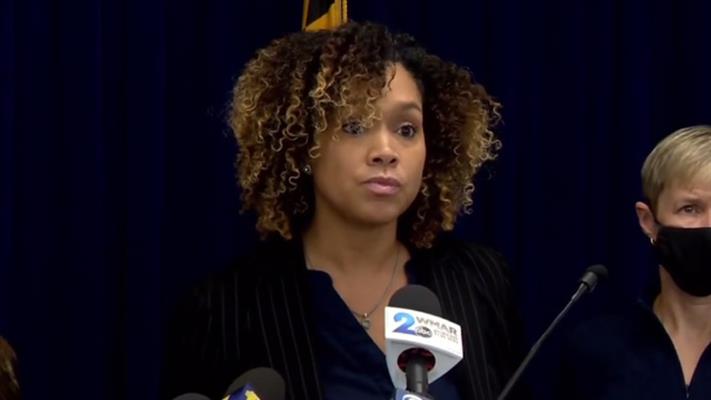 Davis is facing his fifth trial in the 2015 killing of a Pimlico security guard, Kevin Jones. Davis was initially convicted, but the case was overturned twice. Two other trials ended with hung juries.

WBAL-TV 11’s Kate Amara reports that the judge ruled that Mosby violated the gag order after Mosby directly responded to an Instagram post.

The judge fined Mosby $1,500, which Mosby can avoid paying if she complies with a new, more strict gag order that lasts 90 days, Amara reports.

At issue: Mosby directly responding to instagram post asserting Davis is innocent and should not be tried for murder a 5th time

This report will be updated.