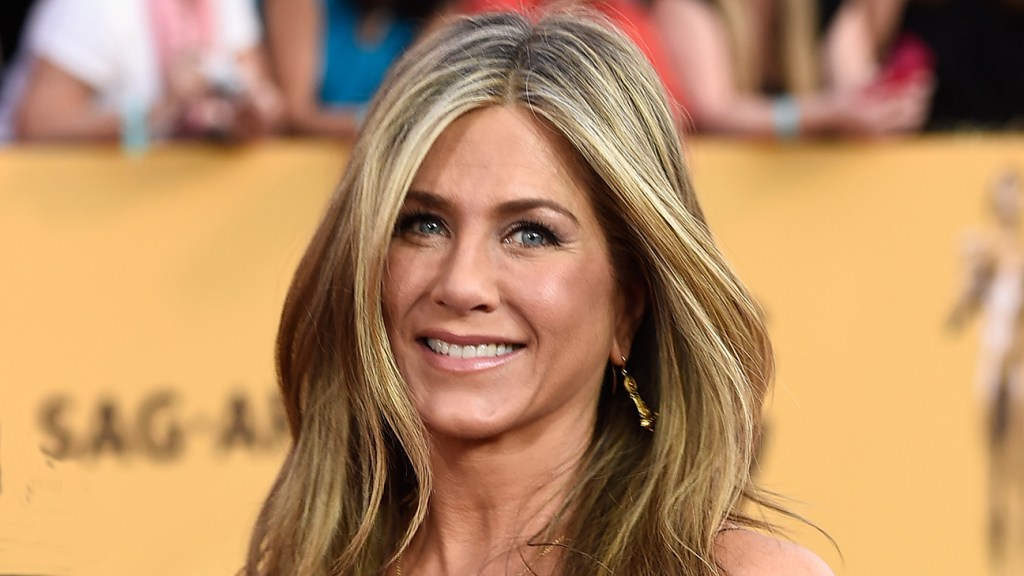 For one night only, The Facts of Life is poised to get the star treatment.

As part of Jimmy Kimmel and Norman Lear’s Live in Front of a Studio Audience series, the pair has recruited Jennifer Aniston (as Blair) along with Gabrielle Union (Tootie), Allison Tolman (Natalie) and Kathryn Hahn (Jo). Ann Dowd, who will also appear in the live reenactment of Diff’rent Strokes on the same night, is set to play Mrs. Garrett.

“I cannot imagine a better group … and I can’t wait to do their hair,” joked Kimmel, who announced the news on Monday’s Jimmy Kimmel Live.

The Facts of Life recreation will air Dec. 7 on ABC, where it will be paired with previously announced recreation of Diff’rent Strokes. The latter will also star John Lithgow and Kevin Hart as Mr. Drummond and Arnold, respectively. The TV event will see Lear return to executive produce and host alongside Kimmel. Also exec producing: Kerry Washington, Will Ferrell, Justin Theroux, Brent Miller and Jim Burrows, who, with Andy Fisher, will direct the night’s double-header.

The Live In Front of a Studio Audience franchise got its start in the spring of 2019, when a coterie of A-listers — including Woody Harrelson, Viola Davis, Jamie Foxx and Martin Short — re-created memorable episodes of Lear’s All in the Family and The Jeffersons. Later that same year, he and Kimmel, in partnership with ABC and Sony Pictures Television, produced a second installment featuring another episode of All in the Family along with a re-creation of Good Times. The Facts of Life and Diff’rent Strokes marks the third.

Fittingly, both The Facts of Life and Diff’rent Strokes were originally produced by Lear’s Tandem Productions, with the former spun off from latter. Mrs. Garrett is the through line, becoming a dorm housemother at an all-girls school in New York, which Blair, Tootie, Natalie and Jo attend. The Facts of Life, which ran from 1979 to 1988, was created by Dick Clair and Jenna McMahon.