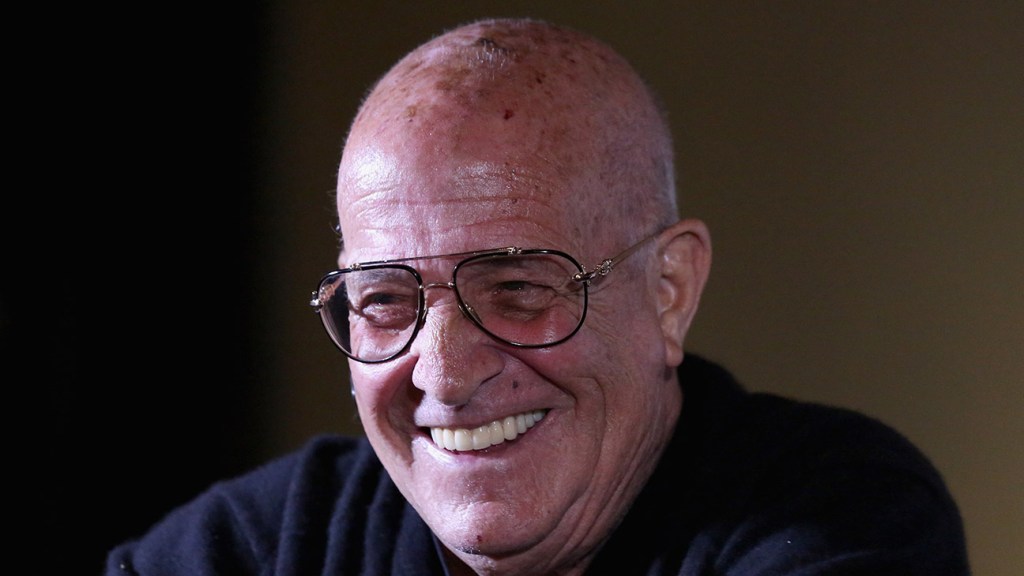 Jeff Wald, who served as a manager for Helen Reddy, Sylvester Stallone and George Carlin, died Friday. He was 77.

Wald’s daughter, Traci Wald, confirmed his passing to The Hollywood Reporter. No cause of death was available.

“To the very end, he was laughing and fighting for the life he lived with epic proportions in every way,” Wald said in a statement provided to THR. “He was surrounded by the family he loved so much and the music that was the soundtrack to his life of eternal optimism. We are heartbroken by the loss of our husband, father, friend and fierce advocate for women’s rights and justice for all.”

Wald was the longtime manager for Australian singer and activist Helen Reddy, his wife from 1966-83 and who died in September 2020 at age 78. During the ’70s and ’80s, the producer, manager and boxing promoter represented through his management company an array of well-known stars including Donna Summer, Sylvester Stallone, George Carlin, Marvin Gaye, Miles Davis, Roseanne Barr, Mike Tyson and Crosby, Stills & Nash. Later in his career, he would become CEO of Aria Multimedia Entertainment, which produced outsized coffee-table books on talents like Michael Jackson.

Born in 1944, Wald — whose given name was Jeffrey Sommers — began his long career in 1967 when he moved to Chicago and worked as a talent buyer for nightlife venues Mister Kelly’s, The London House and the Happy Medium. A year later, he moved to Los Angeles, and in 1969 with Ron DeBlasio formed a management company, which quickly added Carlin to its roster of clients.

In 1971, Wald secured Reddy’s record deal with Capitol Records. That deal would go on to produce the feminist anthem and Grammy-winning hit “I Am Woman.” Wald and Reddy had two children, Traci and Jordan.

In 1987, he married American Graffiti actress Candy Clark, but they divorced in 1988. He went on to marry photographer and photo editor, Deborah, in 1990, with whom he had a daughter, Sarah.

Throughout the 1980s and ’90s, Wald would focus on TV and film production, becoming president of U.S. game show production company Barris Industries in 1986 before it merged with the Guber-Peters Co. Guber-Peters was bought by Sony in 1989 and he would leave his role there in 1991, moving on to produce TV series, miniseries, specials and movie titles through the early ’00s.

His producer credits include The Rosie O’Donnell Show, The Roseanne Show, The Newlywed Game, Pensacola Wings of Gold and The Gong Show as well as specials for Reddy, Elvis Presley, Summer, Kenny Rodgers and Tyson. He also served as an executive producer for four seasons of the mid-2000s boxing reality competition The Contender, along with Mark Burnett, Jeffrey Katzenberg and co-host Stallone.

In a 2011 interview with THR, Wald spoke about his years of cocaine use during the 1970s and ’80s. In 1986, he was rushed to Cedars-Sinai Medical Center in Los Angeles following an overdose before entering the Betty Ford Center in Rancho Mirage.

Wald credited his time there with his more than two decades of sobriety. “I’m 25 years sober now. I never thought I could do that. And I don’t miss it,” he told THR. “I’m married now, 20 years, to the same person. I’m actually faithful. I’ve got a great kid; I pay attention. I’m present. I’ve got a good relationship with my older children. God bless them for being so tolerant.”

During his decades-long career, Wald also was an active political fundraiser, largely for Democrats, and served in various politically appointed positions. In addition to being a Jerry Brown delegate during the 1976 Democratic convention and a Ted Kennedy delegate in 1980, he served in various federal and state political positions, includes a four-year term on the board of the USO, a position he was appointed to by President Jimmy Carter, and as a member of the Board of Economic Development for the State of California, a role he was appointed to by Jerry Brown.

Beyond politics, he was a Mayor Bradley appointee to the Organizing Committee for the 1984 Los Angeles Olympics and served on the board of governors at Cedars-Sinai, USC and the Betty Ford Center.