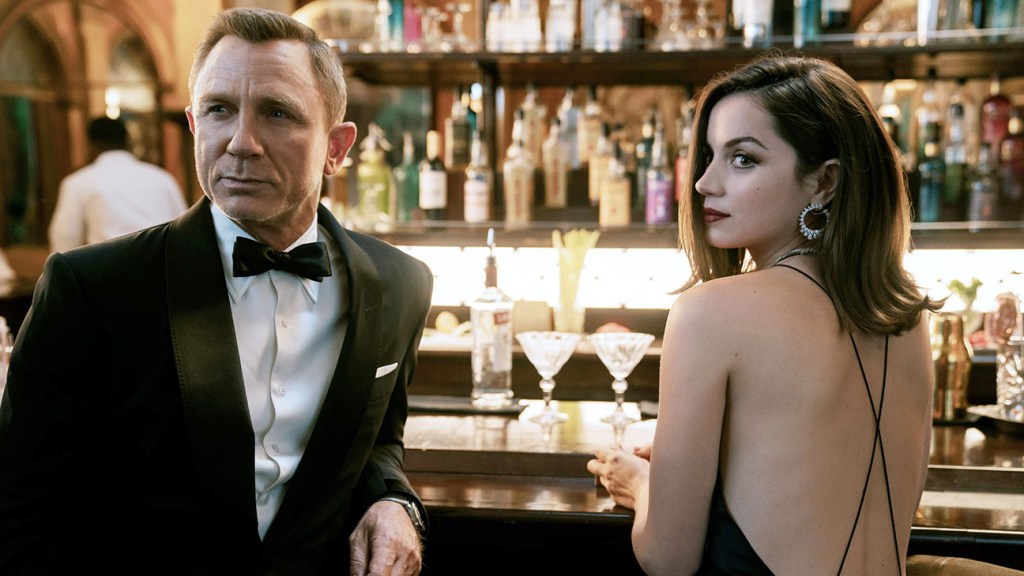 James Bond has accomplished another assignment.

No Time to Die has become the top-grossing Hollywood movie of the pandemic era at the international box office after finishing Sunday with $558.2 million in ticket sales and eclipsing the $549 million earned overseas by F9.

Universal, home of F9, is also handling No Time Time Die internationally on behalf of MGM and EON Productions.

No Time to Die — the 25th installment in the storied franchise and directed by Cary Fukunaga — stars Daniel Craig in his final turn as 007. While its release was delayed numerous times due to the COVID-19 crisis, the wait didn’t sideline the movie.

Among other accomplishments, No Time To Die has surpassed Skyfalll‘s lifetime gross in 18 markets and Spectre in another 22 markets, not adjusted for inflation.

And No Time to Die is Universal’s top earner of all time in the U.K., Ireland, Netherlands and Switzerland.

Also in the U.K. — home of EON — No Time To Die is the fifth-highest grossing film of all time after passing up Avengers: Endgame.

No Time To Die opened this weekend in Australia, its last major market. The film grossed an impressive $8.2 million, by far a pandemic-era best.

In North America, the James Bond pic crossed the $150 million mark over the weekend to finish Sunday with a worldwide total of $708.6 million (it hit premium VOD last week).

Sony’s Venom: Let There Be Carnage celebrated its own milestone over the weekend upon clearing $200 million in domestic ticket sales. It is only the second film of the COVID age to do so behind Shang-Chi and the Legend of the Ten Rings, which has earned $224.4 million in North America.