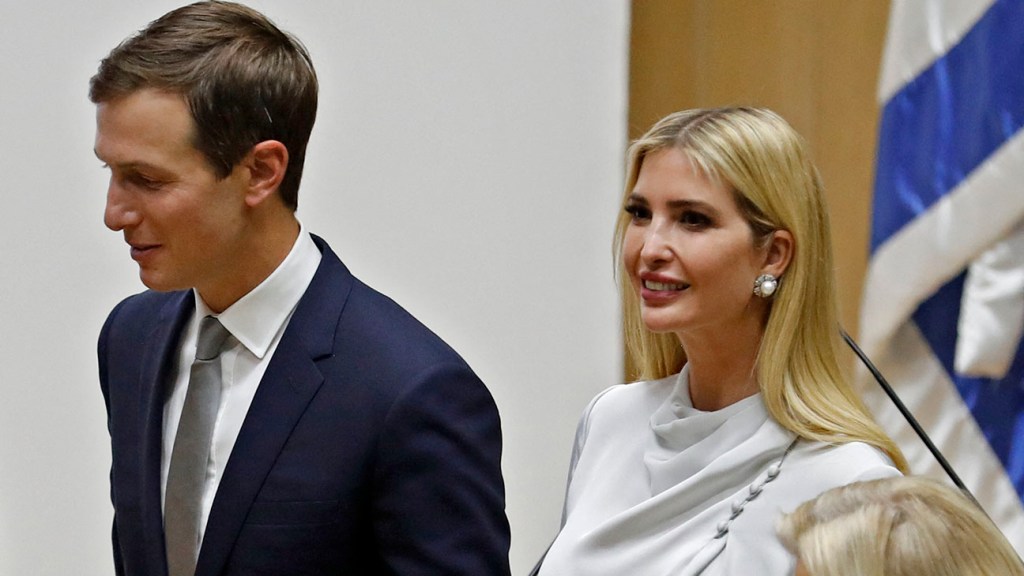 Ivanka Trump and Jared Kushner are back on the social scene.

On Tuesday evening in Miami, the couple made their first major red carpet appearance since they closed out respective tenures as part of Donald Trump’s White House team by stepping out at the Louis Vuitton show.

The Hollywood Reporter spotted the couple mingling during the pre-show reception and noticed they had reserved seats in the front row, which also hosted a number of A-listers and boldfaced names like Kim Kardashian West, Kanye West (who now goes by Ye), Pharrell Williams, Bella Hadid, and more. The Louis Vuitton presentation, which coincides with Art Basel, is a high-profile one as it comes two days after the death of Virgil Abloh, the celebrated menswear designer. According to the luxury house, tonight’s show “Virgil Was Here” was being presented in “loving memory” of Abloh by paying “tribute to the life and legacy of a creative genius” while also unveiling his designs for the Spring-Summer 2022 collection. Kid Cudi, Offset and Quavo were among the models.

It’s not the first time the Trump and Vuitton worlds have collided. In October 2019, Donald and Ivanka Trump flew to Texas for a ribbon-cutting ceremony alongside Bernard Arnault, founder and chairman of LVMH Moët Hennessy Louis Vuitton. The ceremony unveiled a new Louis Vuitton workshop in a rural area not far from Fort Worth. According to The New York Times, Arnault made a point to separate politics from their luxury fashion business by saying, “I am not here to judge his types of policies. I have no political role. I am a business person. I try to tell him what I think for the success of the economy of the country, and the success of what we are doing.”

Trump and Kushner have kept a relatively low profile since leaving Donald Trump’s White House administration. They’ve spent much of their time in Miami while critics of the couple have been speculating about where, how and in what circles they may resurface.

In a New York Times report last November, fashion designer Batsheva Hay predicted it would be tough for the couple to make fashion a part of any social outings. “The fashion world is pretty ready to shun her,” Hay told reporter Ginia Bellafante. “No one is going to lend Ivanka clothing — she’ll have to buy it covertly at retail.”

For her part, Trump made her first public appearance in March by volunteering her time at a Farmers to Families Food Box distribution site in Apopka, Florida. Per a People report, Trump met with community leaders and helped contribute to the distribution of more than 1,300 food boxes.

The food program was featured on her Instagram account, one of only a handful of posts she’s shared this year. Among those was her outgoing letter of appreciation after serving in her father’s presidential administration. “The last four years have been an incredible journey,” she posted on Instagram on Jan. 19. “In traveling to nearly every American state and dozens of countries, I fell even more deeply in love with the American people.”

The couple did not always receive love in return, particularly from critics who often took aim at the lack of political credentials for both Trump and Kushner and their support of many of her father’s controversial policies and statements.

The live stream of the Louis Vuitton show can be seen below.