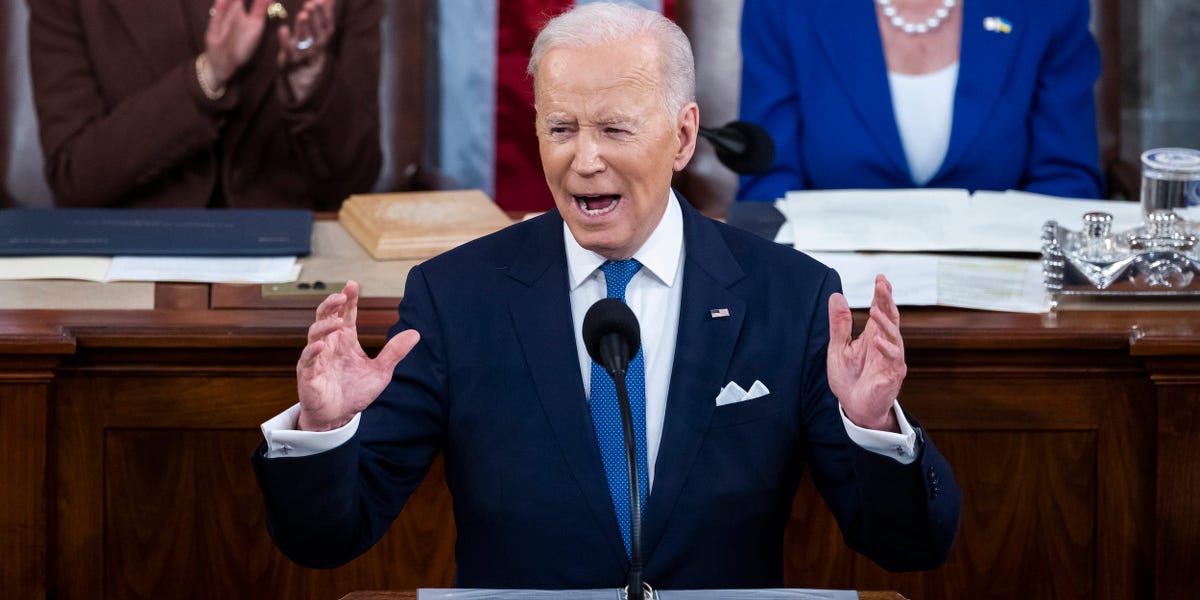 President Joe Biden encouraged American workers to return to the office in his State of the Union Address Tuesday night.

At this point in the pandemic,  15.4% of Americans aged 16 and older worked from home at some point in January 2022, according to the latest data from Bureau of Labor Statistics. That’s down from roughly 23% in February 2021.

“We can end the shutdown of schools and businesses,” Biden said. “We have the tools we need.”

“It’s time for Americans to get back to work and fill our great downtowns again,” he continued. “People working from home can feel safe to begin to return to the office.”

The president then moved on to talking about success in getting kids back in school and the nation hitting a 75% full vaccination rate.

Other prominent Democratic politicians, such as New York City Mayor Eric Adams, have come out against indefinite remote work.

Adams said New Yorkers “can’t stay home in your pajamas all day,” while Democratic governors have broadly sought to roll back mask mandates and encourage their urban workforces to return to downtown business districts, many of which have been hit hard by the lack of foot traffic to local businesses.

At an earlier point in his Tuesday night address, Biden said his administration will still be on the lookout for new COVID-19 variants.

“We must prepare for new variants,” Biden said. “Over the past year, we’ve gotten much better at detecting new variants.

“If necessary, we’ll be able to deploy new vaccines within 100 days instead of many more months or years,” he continued. “And, if Congress provides the funds we need, we’ll have new stockpiles of tests, masks, and pills ready if needed.”

With few members of Congress wearing masks in the chamber, the pandemic that has killed more than 900,000 Americans over the past two years was not center stage in the way it had been in 2020 and 2021, but Biden emphasized he would remain vigilant if the virus is able to regain a foothold.

“I cannot promise a new variant won’t come,” Biden said. “But I can promise you we’ll do everything within our power to be ready if it does.”