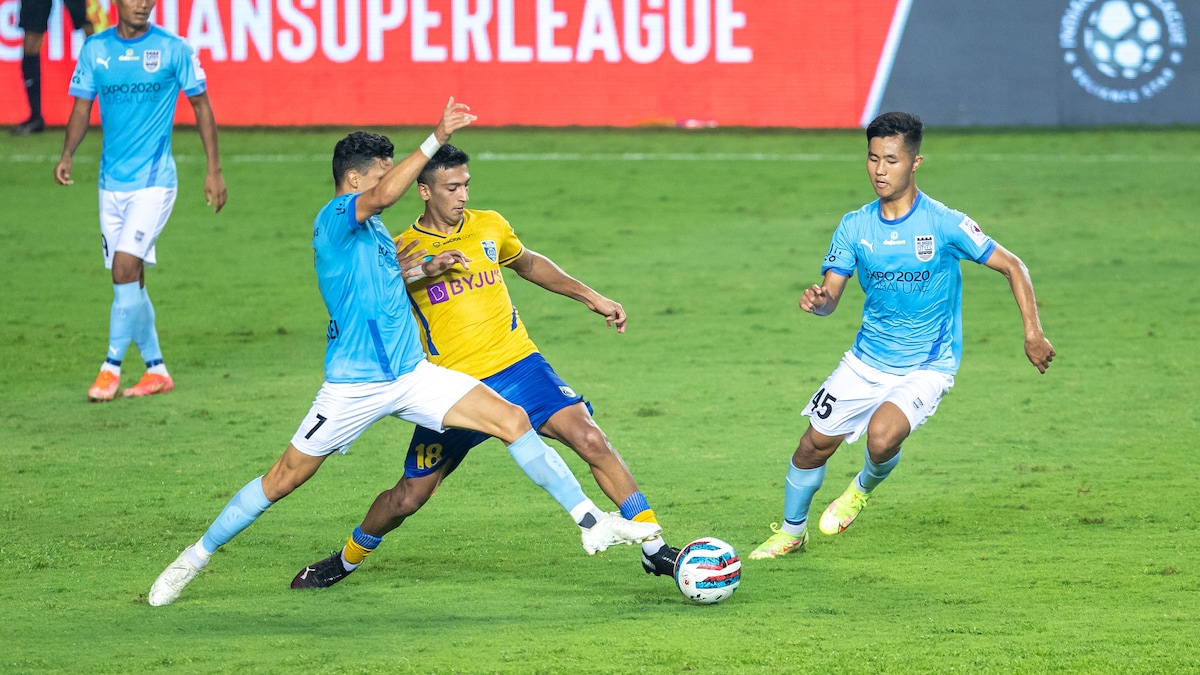 Kerala Blasters FC brightened their semifinal prospects with a 3-1 win over Mumbai City FC in the Indian Super League on Wednesday. Alvaro Vazquez (45th P, 60th) scored a brace either side of halftime after Sahal Abdul Samad (19th) opened the floodgates for Kerala, who are now in fourth spot having 33 points from 19 games. They take on FC Goa in their final fixture while Mumbai — in fifth spot with 31 points from 19 matches — play Hyderabad FC in their last league game, hoping Kerala lose to Goa and they win against Hyderabad.

For Mumbai, Diego Mauricio scored a consolation goal from the spot in the 71st minute.

Both teams started cautiously in the opening exchanges before Sahal showed individual brilliance to help Kerala nose ahead.

A botched clearance from Cassio Gabriel saw Sahal rob the ball off him to then twist and turn past the Brazilian and a couple of more Mumbai shirts before drilling a low shot past Mohamad Nawaz who was perhaps blinded by the defenders in front of him as the ball nestled into the net.

It was Sahal’s fifth goal of the campaign, underlining his upturn in form.

Mumbai tried to forge an immediate comeback but it was not to be as Kerala doubled their lead, albeit a penalty after Mourtada Fall brought him down inside the area.

The Spaniard was ice-cool from the spot, pausing in his run-up to send Nawaz the wrong way with aplomb.

At halftime, Kerala were cruising with a 2-0 verdict. Kerala also scored another at the start of the second period but Luna’s exceptional effort from outside the box was well saved by Nawaz.

The yellow shirts did not have to wait long for the third goal, Nawaz making a meal of an easy clearance this time after Fall back passed to him. Vazquez needed no second invitation as he slotted home into an open goal.

Mumbai pulled one back after Mauricio went down inside the box from what looked like a Ruivah Hormipam push but as Kerala players appealed the decision the referee pointed to the spot.

Mauricio stepped up and slammed home from the spot to make it 3-1. Luna could have had a goal moments later as his free-kick was pushed as far as the post by Nawaz as Kerala held on to win 3-1 and sharpen their semi final chances.